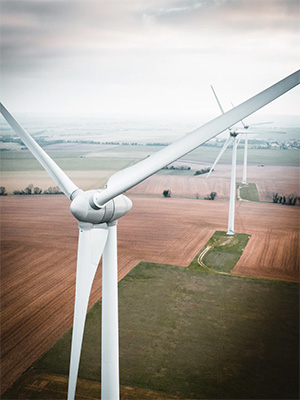 Finally, a study looks at data on nine houses within ten kilometers of an old (probably small) wind turbine. What’s amazing about this research is not the result but that this study is so tiny, yet it’s still a “world first”.

There are already probably around 400,000 wind turbines installed around the world.* So you might think that there would have been scores of studies involving hundreds of people and followed up for a year or two. They would have looked at the effect of wind turbines upwind, downwind, side wind, in low wind, high wind, and at different times of day. They’d check for altered sleep patterns, lack of deep sleep, REM sleep, cognitive performance, blood pressure, cortisol levels, and school marks. Dream on. It’s like everything with climate change — who needs data?

Renewables are a $300 billion annual global industry. This work was done with a $1.4 million National Health and Medical Research Council grant. Where is the precautionary principle when we need it?

Can wind turbines disturb sleep? Research finds pulsing audible in homes up to 3.5km away

…the first results from ongoing Flinders University research into turbine noise and sleep found that low-frequency pulsing from a South Australian wind farm was audible about 16 per cent of the time inside homes up to 3.5 kilometres from a turbine, including 22 per cent of the time at night. The noise was audible 24 per cent of the time outside the homes. Recordings detected what complainants commonly describe as a pulsating, thumping or rumbling sound. The noise is technically known as amplitude modulation, and relates to a change in noise level that occurs approximately once per second as the turbine blade rotates. Field data was recorded at nine homes within 8.8 kilometres of the wind farm. Microphones were placed inside and outside homes and recorded almost 18,000 10-minute samples between 2012 and 2015. The data was recently analysed and the results published online last month in the Journal of Sound and Vibration.

In 2016 the research team was awarded a $1.4 million National Health and Medical Research Council grant for a separate wind farm noise study including lab tests and sleep measurement

If the world put just 0.5% of the annual “renewables investment” into researching the health effects that would be $15m a year.

There have been almost no studies into the health impact of wind farms. Remember the one in 2014 in Australia which was also a world first, and involved an eight week study on six people in three houses. It was a tiny study too — why we haven’t done this one hundred times bigger? Are we afraid of what the results might show?

PEOPLE living near wind farms face a greater risk of suffering health complaints caused by the low-frequency noise generated by turbines, a groundbreaking study has found.

The study by acoustics expert Steven Cooper is the first in the world in which a wind turbine ­operator had fully co-operated and turned wind turbines off completely during the testing.

As part of the study, residents living between 650m and 1.6km of the wind turbines were asked to ­diarise what they were experiencing, including headaches, pressure in the head, ears or chest, ringing in the ears, heart racing or a sensation of heaviness.

The effect that impacts the most on residents is not noise or vibration, but the sensation of infrasound. The threshold of sensations at  four to five hertz was felt at 50 db and above.

Survey participant Sonja Crisp, 75, said the first time she experience discomfort from the wind turbines, “it was like a thump in the middle of the chest.

It’s not about hearing the windfarms, it’s about the biological effects

People report nausea, dizziness, headaches or insomnia and other problems. Sometimes these occur at localized spots in a house, it depends on the shape of the house, the “hills” and the wind direction.

The decibel scale is not designed for inaudible infrasound. In 2014 the study showed that very low levels (in dB) of infrasound were detectable and recorded in the diaries of people in the houses who did not know whether the wind turbines were operating. One person with a hearing impairment was 100% accurate at detecting whether the turbine was running. The key points then:

There is more on those findings by Steve Cooper on the Waubra Foundation site.

* That’s 2016 wind turbines tally, plus 10% growth in two years since. Can anyone find the latest number?