Is this the tipping point for David Attenborough’s reputation?

Will anyone see David Attenborough the same way again after the Netflix debacle that is  “Climate Change: The Facts”?

The Attenborough subspecies may present itself as an impartial scientist but under scrutiny this is revealed to be a chameleon-like illusion that hides the real intent, which appears to be to garner prizes, funds, fame and better dinner invitations. Evolutionarily, Attenborough may be seeking to increase his own status (and resources for kin) at the expense of taxpayers, donors and hapless walruses. 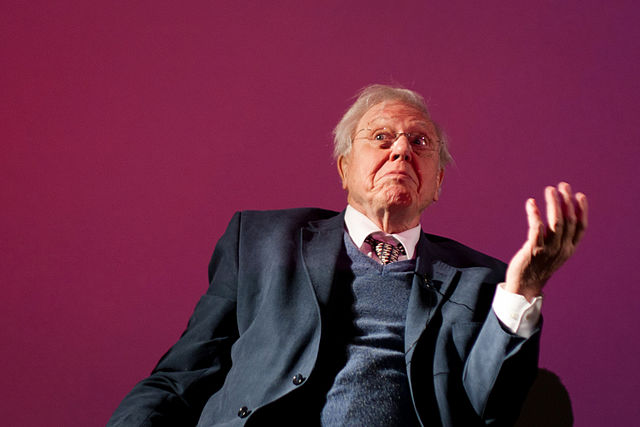 The facts turn out to be half-truths that fit the pattern of exploiting primal fears to create deep psychological spin. He says “we don’t know” but then shows the opposite — associating every kind of bad weather, fire, and storm with man-made emissions even though data shows that these were worse in the past or are caused by other factors. In probably his lowest career point, rumours are spreading that not only did thriving polar bears cause the falling walrus episode rather than coal power stations, but his crew may have killed walruses unwittingly by being there. Paul Homewood argues the team itself scared the walruses by flying drones near the herd and spooking them, or blocking their exit path. Attenborough’s team deny this, but the “trust me” answer doesn’t sit well with past behavior. They didn’t mention the presence of polar bears in the documentary, nor past walrus-on-the-rocks deaths, they blamed it all (improbably) on a lack of sea ice — as if walruses climb high cliffs to escape the open sea, and they won’t say when and where it was filmed. In short, there’s no trust left in the Attenborough-trust-bucket.

Let’s pause for one minute’s silence to mark the death of a once great reputation.

For the record: Fires were worse, are falling, are caused by fuel loads, not temperatures, biofuels kill people and destroy forests. Storms have been ghastly forever, and don’t correlate with CO2. The Great Barrier Reef survived thousands of years of warmer weather, reseeds itself, have genes to cope with CO2 and warmth. Most of the reef wasn’t bleached, and it recovers fast, is adaptable, and fish cope with daily pH swings that are larger than anything humans might cause.

h/t the GWPF who have been so important in revealing this sociological phenomena. And The Australian.

[World Tribune] There was an incident in Russia in 2017 where polar bears were reported to have spooked a herd of walruses, causing them to fall off a cliff to their deaths. Crockford believes this is the event that was filmed by the documentary crew.

“The film crew have steadfastly refused to reveal precisely where and when they filmed the walrus deaths shown in this film in relation to the walrus deaths initiated by polar bears reported by The Siberian Times in the fall of 2017,” Crockford said.

The film’s message was so bleak it could have been made by Extinction Rebellion, the eco-anarchist protest group which has brought Central London to a standstill.

Watching it did fill me with horror, but not at the threat from global warming. It was at the way Sir David and the BBC presented a picture of the near future which was so much more frightening than is justified.

…it is a grotesque travesty of the truth to claim that ‘nothing’ has been done: for example, since 1990, UK emissions have fallen by 43 per cent, according to the Government’s Committee on Climate Change. Not only that, Government statistics say 56 per cent of our electricity came from low carbon sources in 2018, our last coal-fired power station will close in six years and the Government has pledged to ‘decarbonise’ electricity by 2030.

Above all, the Climate Change Act requires Britain to reduce its 1990 carbon emissions by no less than 80 per cent by the year 2050…

Rose explains how (among other propaganda) the documentary claims that Orangutans were being evicted from forests by land clearing to make soap and biscuits. Attenborough somehow forgets to mention that Borneo’s forests are also being razed to make palm oil as a biofuel for cars. What’s killing orangutans is not climate change but the climate change industry.

What I won’t let go is this growing practice …  of trying to link every adverse weather event to climate change. In this, Attenborough’s documentary was a masterclass.

If you are going to present a film called Climate Change: the Facts the very least you should be doing is, well, presenting the facts. Well here they are, in two of the areas which made up such a hefty part of the film: wildfires and hurricanes. Are wildfires increasing?

Michael Mann says wildfires are tripling. Clark points out the US EPA data says “not”:

…the US Environment Protection Agency (EPA) [data] shows no upwards trend in the number of wildfires in the US over the past 30 years. Take another way of measuring wildfires – the acreage burned, in figure two of this data  – and there is an upwards trend since the 1980s.

It is little wonder that terrified kids are skipping school to protest against climate change. Never mind climate change denial, a worse problem is the constant exaggeration of the subject.

Read more at both The Daily Mail and The Spectator.