In the year of collapsing athletes, we now have the coincidental rise of SADS

Naturally, its nothing to do with new large medical programs done for emergency use. We know that because of all the detailed human trial data that the FDA and company in question wanted to hide until 2096, and which we still haven’t seen in full.

But if you hear of someone young and healthy dying there’s a word for that now — “normal”, I mean SADS.

People aged under 40 are being urged to have their hearts checked because they may potentially be at risk of Sudden Adult Death Syndrome.The syndrome, known as SADS, has been fatal for all kinds of people regardless of whether they maintain a fit and healthy lifestyle. The term is used when a post-mortem cannot find an obvious cause of death.

The US-based SADS Foundation has said that over half of the 4,000 annual SADS deaths of children, teens or young adults have one of the top two warning signs present. ‘There are approximately 750 cases per year of people aged under 50 in Victoria suddenly having their heart stop (cardiac arrest),’ a spokesperson said. ‘Of these, approximately 100 young people per year will have no cause found even after extensive investigations such as a full autopsy (SADS phenomenon).’ 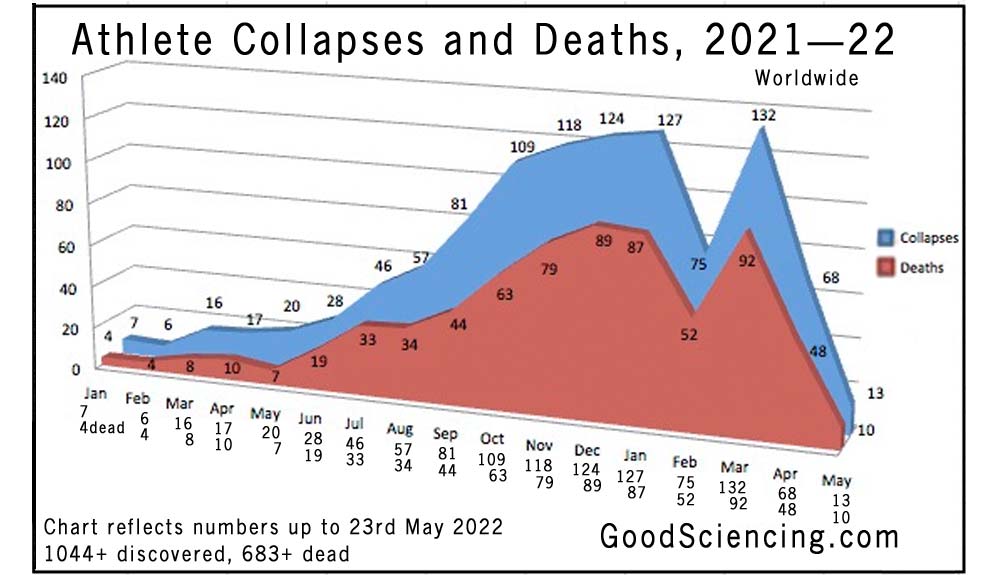 It’s surprising that it took this long for the media campaign to start.

What do you think?? https://t.co/yGWRlqOYh2

There are reasons whereby indemnity for pharmaceutical companies or the government might be made invalid —  but we can’t tell you that either.

Vikki Spit, whose husband died after taking the AstraZeneca vaccine discusses having her freedom of information request for the jab denied by the Government. pic.twitter.com/Zbs1F6naE1

Matthew, Evo of Gong, Kevin a, Scott of the Pacific