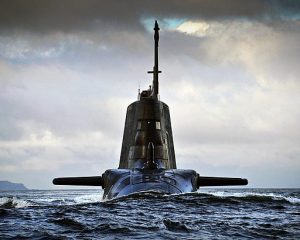 As I suspected, the whole Net Zero witchcraft push is being driven by our defense partners, and has nothing much to do with Australian voters. That explains why the government that won The Climate Election with a skeptical stance are now pushing blindly for “Net Zero targets”. It also explains why the public debate has shifted since the AUKUS deal just in time for Glasgow and has no content, apart from the insistence that we don’t want to be “left behind” in some global fashion race to wreck our electricity infrastructure faster than everyone else.  Kudos to The Nationals who are still trying to respond to both The Voters, and the Science. Send them your support.

With this admission from inside Cabinet, we see that the AUKUS sub deal was probably quietly loaded with a climate deal too. If you want our subs, and our protection, you need to obey the carbon cult. Translated —  “the Western Alliance” means nuclear subs from the US and UK. The veil is pulled back on the illusion of Democracy.

So now it’s “Build solar farms, and windmills, sign up for carbon credits or the US and UK won’t defend you?”

by Greg Brown, The Australian

Scott Morrison told Liberal MPs that climate change action had become a key pillar of the western alliance as he declared his intention to adopt both a plan and a formal target to reach net zero emissions by 2050.

So the reason we may get “Net Zero Targets” and more expensive and unreliable electricity is because China is belligerently threatening us, and because the US Election was done with mass mail in votes, no security, no ID, and electronic voting machines that were hooked up to the internet.

Mr Morrison told MPs the plan included a “nationally determined commitment” net zero by 2050, declaring there were economic and security imperatives in transitioning to a carbon neutral future.

He said Australia needed to rely on the western alliance “now more than ever” and a net zero commitment was important for Australia’s standing in the international community.

Sources said Mr Morrison told Liberal MPs they needed to be aware Australia would be “drawing down on a lot of historical capital” if the government did not make the commitment to net-zero.

Who benefits? Follow the money — ultimately this serves China and Big Bankers:

Our weakened industrial might serves China, but the fake currencies serve Big Bankers, and big unaccountable government bodies (like the UN) serve both:

Liberal MPs were left with the impression the government would expand the trading of international carbon credits, with Mr Morrison and Mr Taylor saying the system would be used by Pacific nations.

“They said if we don’t buy (carbon credits from Pacific nations), if we don’t draw them into our ecosystem so to speak, then other nations will buy them and they will get dragged into their sphere of influence,” a Liberal MP said, who believed the “other nations” referred to China.

We can speculate — the real powerbrokers here may be the CCP and the Big Bankers. 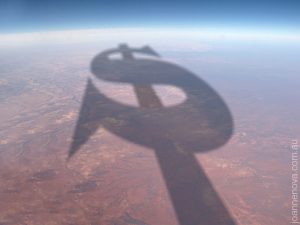 We’ve known for years now that the biggest lobbyists for “carbon markets” were the giant financial houses, as I have reported since 2008, the most committed fans of international carbon markets are  caring green groups like Deutsche Bank, Bank of America, HSBC, JP Morgan, Citigroup and Goldman Sachs . They’re the ones that benefit from a new fiat currency based on government rules and created from thin air —  the brokers of an international currency profit from every deal, no matter who buys or who sells, and no matter what the price is, as long as “We the People” are forced to buy these credits.

The Carbon Market is forecast to be the largest single commodity market in the world — bigger than oil, gas and gold. And it’s a market that has no connection to reality, no natural limits, and it can be used to favour compliant industries and companies with the right “tailored” loop-holes. If you annoy your rulers, they will arrange for your carbon punishment.

And the people of those little Pacific Nations would rather we just gave them foreign aid direct. But if the money is funnelled through the UN, it makes the UN stronger, and if the CCP are allowed to keep using the UN as their lap dog (as they did with the WHO ensuring the spread of Covid) presumably that’s a good thing for the CCP too. We buy useless windmills for the islands which quickly fail, while the CCP funds coal fired plants and infrastructure that is worth something and will last for years.

We are sacrificing our electricity grids and President Xi is here to help us. 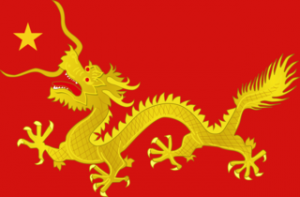 So we, as skeptics, have two choices — one is to support every last democratically elected representative and to protest, protest, protest! If there were giant marches in the streets it gives Scott Morrison more ammunition to take to Boris and Biden and point out how hard it is for Australia to comply. We stopped the trainwreck in 2009 with a mass email campaign in the weeks after ClimateGate and before Copenhagen.

The other choice in the New Corrupt Order is to do what every other nation is, mostly pandering to symbolic targets while increasing their coal use. We could copy China which has put brakes on wind and solar subsidies,  is going nuclear and in a massive way.  China only ever agrees to make unenforceable long term commitments with no consequences. Nukes cost more than coal, but if we have to go “Net Zero” at least with uranium we aren’t adopting more of what surely IS a national security risk — more unreliable, grid destroying wind and solar “farms”.

Some people wondered why I viewed the US election as more important than our Australian one, but this admission from Scott Morrison shows exactly why.  The US election controls Australian policy too.

This is a harsh lesson that we should always have been able to defend ourselves. Without a good defense force, Scott Morrison had to sell our soul to the team with bigger guns, more boats and bombs.

This post marks the coming together of so many threads that I’ve been writing on for thirteen years. Here are some of those posts:

All those caring Bankers want you trade Carbon. They just want to save the world right?

Carbon credits are just another “fiat” currency that make the rich richer:

Big Governments get bigger when they have to control the weather too:

The renewables industry is 100% dependent on the myth that “carbon” matters:

China is not even trying to reduce carbon emissions: