When did the national leaders figure out it was probably a leak from a Chinese bioweapon laboratory? 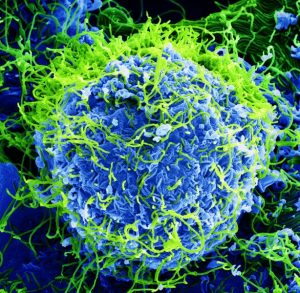 It makes all the difference. If we had known in January 2020, the virus could have been stopped so easily. The likely bioweapon could have been left in China — just by stopping the flights and instigating a two week rigid quarantine.

Think about the effect it would have had in January 2020 if people thought Covid was a man-made experiment. The public would have clamored to stop the planes. Borders would have gone up overnight. There would have been much less of the fatalistic acceptance that it was just another inevitable pandemic “like the flu” that people had to deal with. The suppression of the “lab leak” theory served the CCP and Anthony Fauci and co. It also served Tedros Adhanom, the head of the WHO who told the world to keep the border open on February 2. But so far that suppression has cost nearly five million lives, plus the mayhem, economic damage, long illnesses and debility.

Last night Sky News aired the documentary What Really Happened in Wuhan by Sharri Markson. We find out more about who knew what when, but not quite enough.

As Mr Trump’s top medical adviser on the coronavirus, Dr Fauci was in his inner sanctum and present for every meeting on the virus as it started to spread globally. Mr Trump said Dr Fauci never once told him the Wuhan Institute of Virology was genetically manipulating coronaviruses.

Donald Trump on the first signs that trouble was afoot:

Mr Trump said one of the first clues of the looming disaster – and its links to the Wuhan lab – was after he “started hearing stories … that there were lots of body bags outside of the lab”. “I heard that a long time ago and if they did in fact have body bags, that was one little indication, wasn’t it?”

For John Ratcliffe, the administration’s former director of national intelligence, the giveaway was the CCP cover up:

“The Chinese communist party would not have shut down Wuhan. It would not have silenced doctors and scientists and journalists, and disappeared some of them,” he said, adding the intelligence community first became aware of the virus in late 2019.

Personally, it was the news that the Wuhan Lab was ordered to destroy all their lab samples on Jan 1st, 2020, which I learnt from The Epoch Times documentary in mid April 2020. A month later came the news of the bizarrely unlikely genetic evolution of SARS 2  —  which was a coverup “far too far“. It reeked as a lab creation.

Why did the viral database disappear on Sept 1? 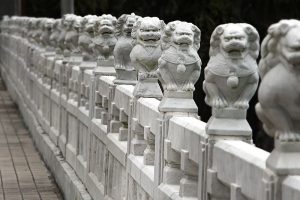 Few are saying a lot about the database of 22,000 coronaviruses vanishing on Sept 12, 2019. A database that the CCP still has not shared.

Hypothetically, the Military Games in Wuhan  in mid-October would have looked like a handy superspreading event if someone was, perhaps, war-gaming scenarios for spreading germs ahead of the northern winter. If the lab leak in October was a sloppy accident that coincided with the Military Games, what are the odds that the database accidentally crashed the month before that? Maybe it did. Teams that are sloppy with viral code might be sloppy with computer code too and the WIV was certainly sloppy with their viruses. But how often do databases in Chinese agencies go missing?

While it all sounds quite suspicious, ponder that the coverup of the bizarre genetic evolution of SARS in late January 2020 was post hoc rushed and haphazard. If there was a plan to leak Covid, the Bat woman of Wuhan herself wasn’t in it. If she was, she would have faked up the evolutionary history six months earlier and not messed up the ratio of meaningful and random mutations in the frantic race to invent RaTG13, the non-existent near relative of SARS-2 that she supposedly discovered in 2013  but forgot to mention until Jan 27th 2020.

But of course, if some other person or entity in China did leak the virus deliberately, they might not have included her in the planning. Or it could all have been an incompetent accident.

Ask yourself, if it was deliberate, would they really have released it just outside the lab that made it? You would think not, but supposing they wanted it to look like a lab-leak and they were not even going to bother hiding that, then that’s where it had to be released. If the same artificial virus, with all the genetic anomalies, appeared 500 km away from the lab, no one would be wondering if it was deliberate. We’d know.

The lab leak, the missing scientists, the cover-up

On the September 12, 2019, the virus database at the Wuhan Institute of Virology was taken offline, and with it 22,000 coronavirus samples were gone.

That same day security was beefed up at the facility and a tender was issued to replace the air-conditioning system. There was later a communications blackout, with no cell-phone or signals activity.

Intelligence was received that three people working at the Wuhan Institute of Virology had fallen sick in October 2019, two months before the first official case was reported.

“What (former Secretary of State) Mike Pompeo and I put out is people became sick at the lab in October and with symptoms that became entirely consistent with what most people have experienced around the world from COVID-19,” Mr Ratcliffe said.

The Military Games in Wuhan ran from October 18th, 2019 for two weeks and athletes got a strange flu:

Miles Yu, former Principal China Advisor at the US State Department, said those athletes who returned from the Military Games had symptoms now known as coronavirus symptoms but no one was ever tested.

Markson also revealed that, by the second half of 2019, various spy agencies knew something was wrong.

It was then that the Military World Games were being held in Wuhan, which may have become the first superspreader event.

A famous Chinese defector in the US heard on the vine that a dangerous virus was coming. He told a US politician, and a Chinese Human Rights Activist called Dimon Liu and a former CIA agent, but nothing came of it. US intelligence had other information in late 2019 but it did not “join the dots”.

China’s most famous defector to America warned US intelligence agencies a coronavirus was spreading in Wuhan in November 2019 — six weeks before China admitted there was an outbreak.

Wei Jingsheng, the father of China’s democracy movement, reveals in the new book What Really Happened in Wuhan that he first heard of a new, mysterious virus at the time of the World Military Games in Wuhan in October 2019.

David Asher, the State Department official who spearheaded a taskforce into the origins of Covid-19, said the opportunity presented by Mr Wei’s warning was like “stopping 9/11 before it happened”.

Mr Asher said the US government had other crucial pieces of early-warning evidence in late 2019 but it failed to connect the dots. He said the US government first had intelligence about Wuhan Institute of Virology workers falling sick with Covid-like symptoms in late 2019 – a year before he discovered it during his investigation into the origins of the virus for the State Department.

In the Sky News documentary, Mr Asher said he was shocked when he found out “we actually could have had foreknowledge” of the coronavirus. “We could have known in November of 2019, that there was a disaster occurring inside Wuhan – inside their most important biological facilities related to coronavirus research,” he said.

“It was something absolutely tragic, traumatic and dramatic that was occurring and we could have reacted to it. The whole world could have been different. It would have been like stopping 9/11 before it happened.”

If the virus was roaming around the Military Games in October 2019, it fair to wonder why the pandemic didn’t take off until January 2020. It’s possible the early variant was slightly less infectious and still needed some mutation to launch at full speed. But it’s not essential.  Covid is a cluster spreading disease and only 1 in 5 or as few as 1 in 10 people are true infectious superspreaders. For example, in South Korea it was Patient #31 that set off the first mass outbreak infecting thousands.

Covid-19 usually has to “knock on the door” a few times before it arrives and stays. Small outbreaks have made it across state borders and come-to-nothing many times. So a few athletes came home but were already past their infectious period. The odd tourist visited Italy. But it took a sequence of “lucky breaks” for the virus to get a foothold to grow exponentially.

Was it deliberate or was it an accident. We still don’t know. 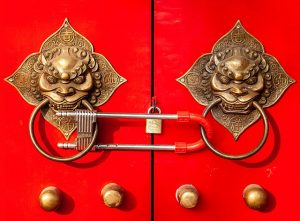 The book What Really Happened in Wuhan by Sharri Markson is available now on Booktopia and Amazon.