“The biggest attack in history?”

For those without much time, watch (below) from 1 hour 36 mins where Mary Fanning goes through forensic evidence listing logs she claims shows foreign interference. The data offered allegedly shows the timestamp, the IP, the attempts, which county and the ID of the computer they broke into, how many votes were switched, the method used, and whether there was a firewall intrusion. Apparently “there are thousands of pages of documentation like this.” Fully 66% of the attacks or intrusions are apparently coming from China, from Hauwei, Cloud service, Alibaba, China Unicom, U cloud, China mobile T-tong etc.

Youtube and Twitter have deleted Lindell’s video and banned him. Isn’t it better if these claims gets aired and discussed in detail so the voters of the US can feel assured that elections are free and fair, or that if this is real, problems with elections will be resolved. 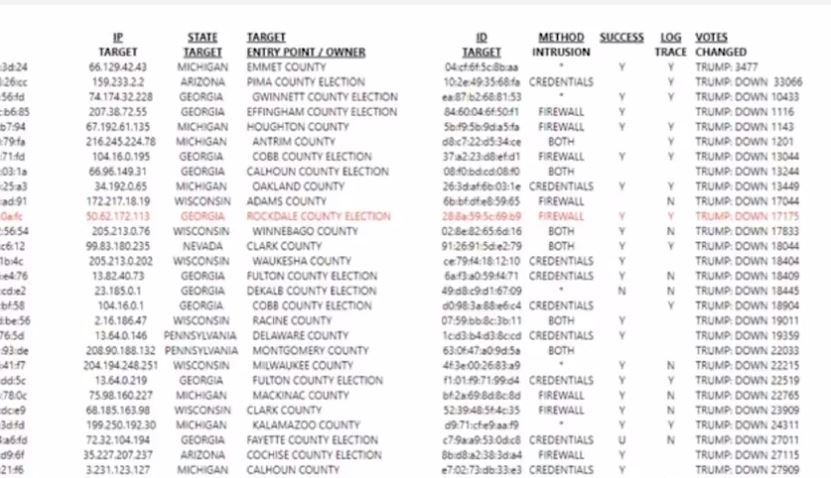 UPDATE: See the note at the base * checking these IP’s.

Unless someone went out there faking up thousands of pages of details, this would be warfare.

UPDATE: If these logs are faked it presumably would be easy for people with accurate records to point out the errors or misalignments.  These are extraordinary claims. Clearly this needs a lot of discussion and corroboration.

The New York Times claims there are three false claims in the documentary.  Though most of Kellen Browning and Tiffany Hsu’s points appear to be the same generic assertions that have been made many times in the last month or two. They are not detailed discussions of the evidence. Most of the rebuttals make the claim there is “no evidence” but they don’t acknowledge that proper audits could not be done, the ballots and machines were often not provided, and the recounts usually did not check signatures. It’s like wearing a blindfold and saying “there is nothing to see”. That doesn’t make Lindell’s claims correct either, but leaves us back at the start. Why is any ballot machine or ballot not easily available for examination under public scrutiny with observers from both sides? How is it that the leading democracy in the world has questions like this hanging over the outcome when in large part they could be resolved?

The presentation claims the vote totals are subtracted from Donald Trump and if it is correct he really won 80 million votes compared to 68 million for Joe Biden. 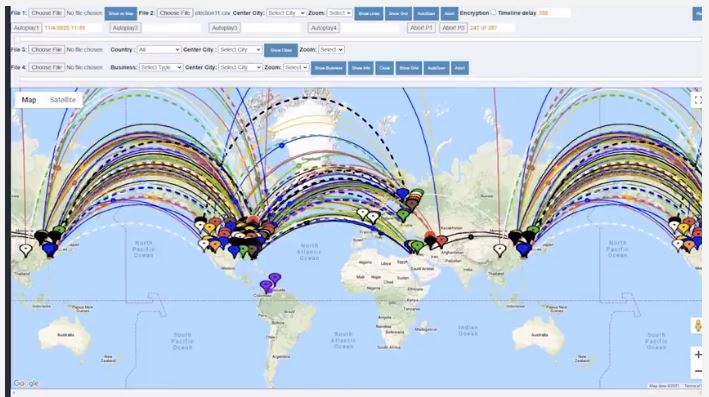 Intrusions mostly came from China but also from the middle East, Iran, and Eastern Europe.

There was a lot of foreign “help” for voters in Michigan and Georgia who clearly didn’t know how to vote correctly. 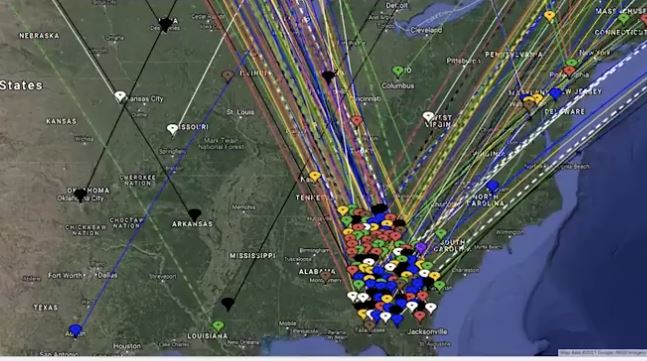 UPDATE: One America News showed this documentary with an extensive ninety second disclaimer that said effectively that Mr. Lindell was “solely and exclusively responsible for its content,” and noted that “this program is not the product of OAN’s reporting” and was “presented at this time as opinions only.”

That movie is on his site:  michaeljlindell.com/

At 16 minutes Phil Waldron claims to have documentation that there is Chinese company ownership of the private equity firm whose board controls Dominion. He claims that a President of a Chinese communist bank is involved, and the only company with code and testing for Dominion is in China and it is CCP controlled.

Dominion and Smartmatic, no doubt, deny that any votes were changed. It is such a shame the winning Democrats did not allow forensic auditing of votes, or machine analysis and duplication of hard drive records to show how false all these claims are and to put everyone’s mind at rest. Dominion (and Smartmatic) must lead the charge to insist that all ballots and machines are immediately made available for a proper check so everyone can see how secure and unhackable these machines are.

UPDATE: Fanning writes at The American Report and authored a book with Alan Jones called The Hammer is the key to the Coup, August 2020.

UPDATE #2: Checking those IP’s. Perhaps someone who knows more about IPs than me, can tell me if there are good reasons they don’t necessarily all match or whether there is a better IP identifier. Here are the top 6 IPs in the “Target” column of the first image on this page above.