Coronavirus is both the rock and the hard place

There are costs to stopping it, and costs to letting it go. There are businesses that won’t recover, and also people that won’t.

There is much more to pandemic decisions than just “deaths per capita”. One more aspect  of the wicked dilemma are “long haulers” or the condition called “long Covid” (which is defined as being ill for 3 months or longer).

Thirty-nine UK doctors who caught Covid are still struggling 6 months later, and have written a joint letter for the British Medical Journal. These were mostly fit youngish people, and they didn’t get hospitalized. They had mild moderate cases of Covid. But many of them say that the after effects are worse than the initial infection. These include things like headaches, dizziness, the inability to walk 200 metres or more, breathlessness,  strange numb patches, new allergies, difficulty regulating body temperature, ongoing diarrhea. Many are unable to work.

The cause could be nerve damage, or an autoimmune disorder (or something else entirely). If the virus triggers an immune reaction against their own cells it may be difficult to undo or “grow out of”. Some nerve damage will repair. Some won’t.

The CCP’s reaction to their own bioweapon says something, and we know it’s not love or concern for Chinese people. The CCP strategy stays the same — Elimination at any cost. A week ago they locked down a border city near Myanmar after finding two new cases, and ordered tests for all 200,000 people. In the last 24 hours they have told businesses to stop ordering frozen foods from high risk countries.

David Evans points out “The military have long known that it is more effective to wound an enemy combatant than to kill them, because a wounded person requires more resources to be spent on them, rescuing them and hospitalizing them, often tying up another two or three people for months. Same principle with disease. The bioweapon that most weakens another society would be a highly contagious disease that merely subtly impairs.”

A contagion that had a moderate death rate, significant hospitalization rate, and sometimes a long recovery might be the “Goldilocks” ideal to cause division, dissent, confusion and damage in an adversary. The release of SARS-Cov-2 was probably an accident, but there was some kind of plan in mind when it was created. It might be handy to know what that was. 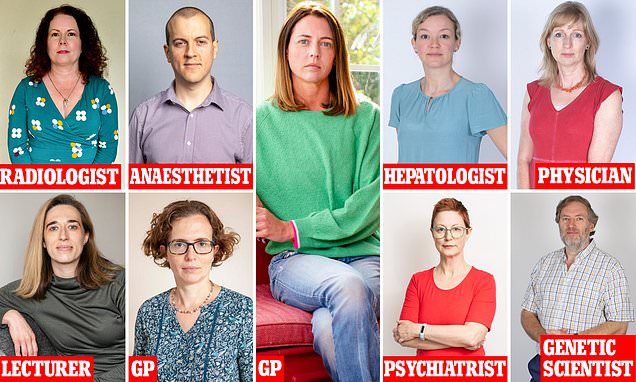 The doctors still crippled by Covid-19 six months after they caught it:

The number affected [by “Long Covd”] so far in this country has already exceeded 60,000, according to initial results from the UK Covid symptom study (being run by King’s College London, where people enter their symptoms via an app).

‘If [long Covid] affects 10 per cent of the population [as one study suggests] and we never get better — and go from being economically active to long-term inactive and unable to work — then even if you remove the human suffering element, it is something policy-makers need to take into account,’ Dr Jake Suett, 32, an anaesthetist who initiated the letter, told Good Health.

GP Tanya Northridge, 40,  said having Covid changed her life and said she could not walk more than 200 metres without feeling tired and dizzy. “I cannot do any upright exercise. Before this, I would be constantly on the go, and running three times a week — sometimes as far as eight miles …”

Sarah Burns, 41, is a GP in Southampton. “For two months earlier this year I experienced such intense fatigue that I was lying down on the sofa all day. The only way I could manage simple tasks, such as putting on a wash, was by resting in the middle.

To put this into perspective, not only was I previously managing a busy job as a GP, but I used to regularly run 10km …

Grace Dolman, 40, a hepatologist (liver specialist) caught it in March…. “My concentration and memory are still poor: I put milk in the cupboard. I’ve also developed pins and needles in my feet and fingers. This has destroyed my confidence. My words don’t come as easily, so even talking to friends is hard. I’m off sick until the end of October….”

Dr Jenny Judge, 48, is an NHS forensic psychiatrist who now has to carry an epipen for severe allergies. “As the weeks wore on, I developed inflamed and painful wrists, shoulders and knees, and severe swelling in my feet and hands. I could barely hold a cup of tea.”

Ian Frayling, 61, is a recently retired NHS genetic scientist. ” A few weeks ago, I went shopping for new shoes when I suddenly started to shake uncontrollably. I felt completely drained of any energy. It took all my effort just to get back to the car only half a mile away.” ...”I also get nausea, irritable bowel syndrome and hypoglycemia — where I can suddenly feel my blood sugar levels plummet, leaving me weak and trembling.“

The other effect, unstated here, is that people within the medical profession will all know and discuss these sequelae.  For those who haven’t caught it, this risk will add to their decisions about early retirement, working conditions, willingness to be exposed, and the risk to their loved ones. Above and beyond the mortality and morbidity is the toll on the health system.

Other diseases, including influenza, leave long term sequelae and damage in a certain percent of the population. It’s the numbers that matter, and all the data is problematic. But decisions have to be made now.