Welcome to Election Day 2019 in Australia

Find your electorate at the AEC and see who is running.  Will the biggest pork barrel win?

It’s been a while, but he’s back!  Speedy satirizes the satirists — he once wrote a Clarke and Dawe satire so good it went viral and people thought they wrote it and had “seen the light”. Click to see Speedy’s past posts.

I’ll save the whale,

I’ll save the trees,

My plastic bag will save the seas;

I’ll save the carbon from the air,

And save the cuddly polar bear –

Which, by the way, will save the reef;

But may involve a little grief –

The cupboard, will, be bare;

If I become the climate chief,

And since we’re children of the stars,

I pledge to save all life on Mars.

In doing this, I’ll prove my worth,

And make some “useful” friends on earth,

And ‘cos they know I “care”

I’ll ride upon the gravy train;

I’ll ride upon the gravy train;

We’re floating in a sea of debt;

In spite of what it may appear,

It wasn’t us who got us here.

So, if we’re clumsy with your cash,

It’s something, you can, spare.

You want an economic crash?

We’re strong in arm and weak in head,

And if you think that’s thuggery –

Then you can go to buggery.

A campaign “loan” means we condone

With mercy rich and rare;

Of course it’s not skulduggery –

And did I mention buggery?

We’ll tell you, what is, fair. 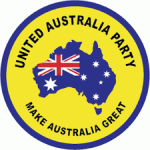 Australians all, I think you see,

Who truly fights for worker’s rights –

Of shysters be aware!

These, and others, are just shites,

But I’m, a, billionaire!

These and others are just shites,

But I’m, a, billionaire!

And jam-packed with integrity;

If sometimes people do complain,

I’m sure my nephew will explain;

He’s just ducked out, he will return,

He’s somewhere over there…

He will be back, there’s no concern,

He will come back, I swear,

He will be back, there’s no concern,

When I, advance, his fare…

Australians all, please heed our voice

We’re here to give you, Hobson’s choice,

Our policies, we swear on oath,

Are red or green, but mostly, both,

So if, perchance, you did elect

Us – by whatever means,

Whatever wishes you direct,

Your wishes, we will not respect,

We’ll sell, you to, the Greens.

We look so very good you see –

Just watch us on our ABC;

Whose audience, we know for sure,

Is fed on steaming, green, manure.

And, in keeping with this trend,

Their questions will be “fair”;

It’s nice to have a public friend,

Who gives us lots of air…

Just give the truth a little bend,

The Charter’s, their, affair…