With every baseless scare come the inevitable victims:  those who are gullible, through no fault of their own, like children, graduates of eco-science degrees, and people who think the ABC gives them impartial information. 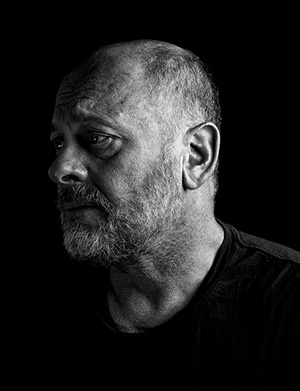 GlennAlbrect did a Ted talk, if you can bear to watch it, tell us the best quotes: I spot a “Tipping point of the brain”. He’s a philosopher. If only he understood the philosophy called science, he might be useful.

We live in the richest, safest era of human life on Earth. For a hundred thousand years everyone was afraid of dysentry, snakes, and the marauding tribe next door. They all starved periodically and buried their children often. They said prayers to pagan gods they hoped would save them. Now 1 – 2 billion lucky sods have escaped that dreadful fear, and live a life rich beyond the wildest dreams of the neolithic grinder. Some that won the lottery worry instead that burning coal in Queensland will melt arctic ice and create homeless polar bears. Or they think there are climate death squads.

Apparently the ABC is funded to make Psychoterratica worse, and they are doing the best they can.

Kirsty Melville will present a radio program on Monday.

Though I think there is a secret honesty to this program — look at this sentence in the advertising blurb:

If you don’t fully grasp the wide ranging and complex facts, it can feel like ‘too much’.

So if you do grasp the facts, it’s all cool.  Is this Freudian, or just bad English?

One day perhaps people will be able to sue those who caused unnecessary psychoterratica. At least the citizens should get their tax back from the ABC / BBC/ CBC / NPR reporters who do absolutely no cross checking, ever, of anything issued by the IPCC or Greenpeace et al. Will the psychoterrorised get compensation for the superannuation funds that bombed after being disinvested in coal, or for the healthcare we can’t afford because the government frittered away the research funds on windmills?

If the poor petals want to be less afraid, the answer is simple, learn what the scientific method is,  fight your instinct to follow the herd, and read skeptical sites. You’ll find out how the climate has always changed, the models are pathetically wrong, and the energy trapped by CO2 just reroutes and escapes to space through water vapor emissions. (That’s Dr David Evans research). Or they could just demand some real public debate instead of stopping it with namecalling and threats to sack, evict, blackball,   terminate, punish, vilify and generally bully everyone, not to mention blowing up their kids (as a joke) or throwing a RICO investigation at them.

If there was real debate then the “herd-think” has a half a chance of being sensible.

ABC “teachy” moment coming. The subtext here is that those who turn away are not as smart as ABC presenters and climate scientists.

…consequences which will occur a few years down the track can be harder to come to grips with.  Many of us turn away, with more immediate concerns taking priority. But some people can’t turn away, and this two part series examines the personal impact on those on the frontline of climate change. We ask scientists young and old, plus activists, philosophers and psychologists, ‘how do you feel, about global warming?’ Their responses will move you.