Was 2010 “the hottest year ever” as the PR machine repeats ad nauseum? Yes — but only if you ignore three of the four main global datasets and those awkward questions about why nobody thought to put thermometers in better places.

Run your eyes down this page to see how the GISS temperatures pan out compared to all the other compilations. This is James Hansen’s group, and GISS stands for the Goddard Institute of Space Studies — and in the topsy-turvey world of climate change, that’s apt — the space centre and hot bed of rocketry calculates world temperatures by ignoring  … satellites. For GISS, measuring the world temperature, calls for irregularly spaced, unique, non-standardized temperature stations (sometimes near air-conditioning vents and concrete). And no sir, not the satellites that scan the Earth 24 hours a day, over land and sea, and which are usually not too close to exhaust vents, or buildings, or (thank goodness) fermenting vats of sewage either.

So, indeed, the only sane answer to the cherry picking crowd who crow triumphantly about their outlying most favorite result, is that “No” 2010 was not hotter than 1998, not according to the satellites. And even if it had been, the world was warmer for most of the Holocene. Get over it.

*PS: People still write to me and ask me how to reply to the oft repeated line about 2010. It’s also handy to mention that the world has been warming since before Napolean bought all those SUV’s. (The warming started before our emissions became significant, and at least since measurements began, the trend hasn’t changed and the models don’t know why. We also discussed this point in the here too, with other graphs.)

PPS: Vote here on the word “denier”, the ABC is wondering. (Thanks Bernd)

Scientists owe a debt to Junkscience (the site) which has been the staple place to see quick, up-to-date graphs the same format. The site has had a big rewrite and these key graphs had moved. I’ve put the new links on my links page, and here as well.  Junkscience Global Warming at a Glance is the central page for the whole fruit salad array of comparison graphs.

See also the  JunkScience blog: All the Junk That’s Fit to Debunk.

The satellite sets are UAH and RSS, BTW. 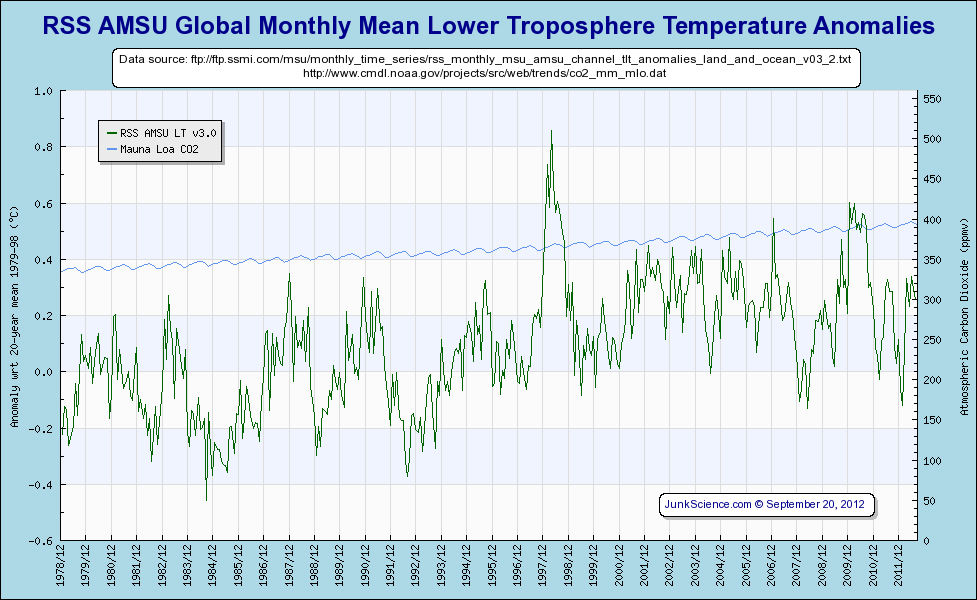 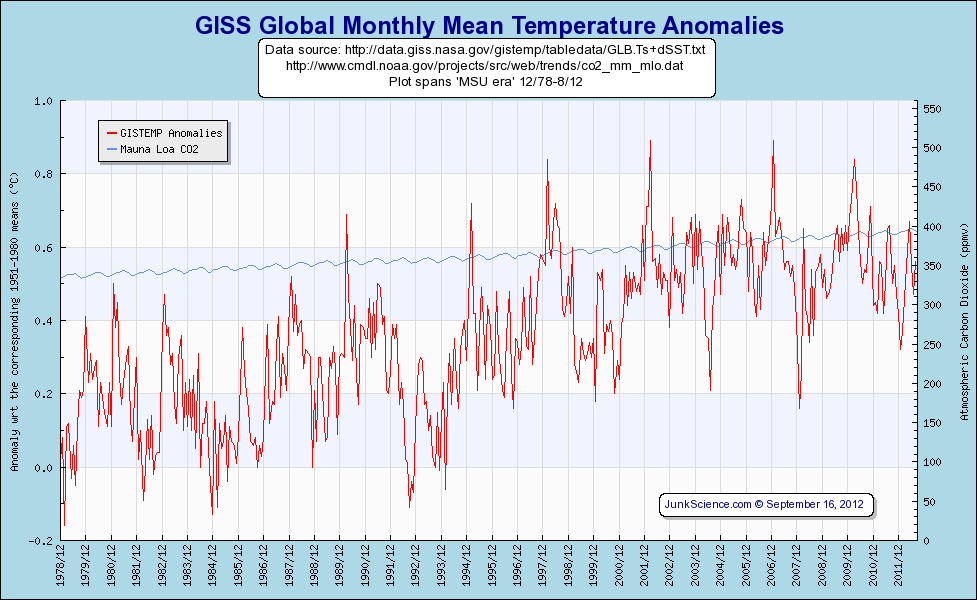 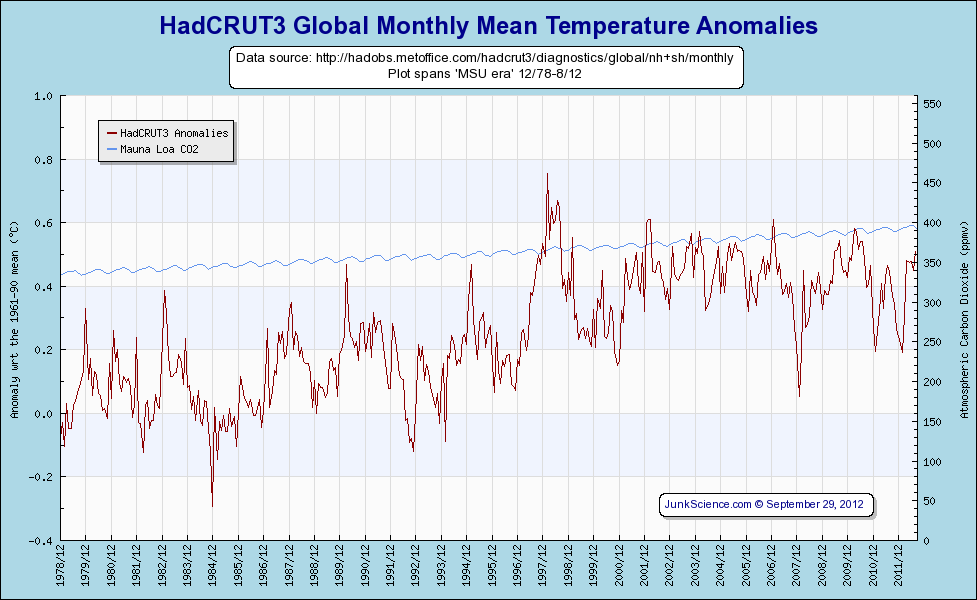 When SkepticalScience says that 2010 is the hottest year, point out that satellite data is much better and it disagrees. It’s only highly adjusted records that rely on surface thermometers near carparks that says 2010 was hotter. When (un) SkepticalScience says that skeptics cherry pick and ignore the longer trend, you can tell them that the skeptics cite the longer trends all the time. The world has been warming for 300 years, seas have been rising for 200, and none of that fits with claims that CO2 caused it. Most of our CO2 has been emitted since World War II.