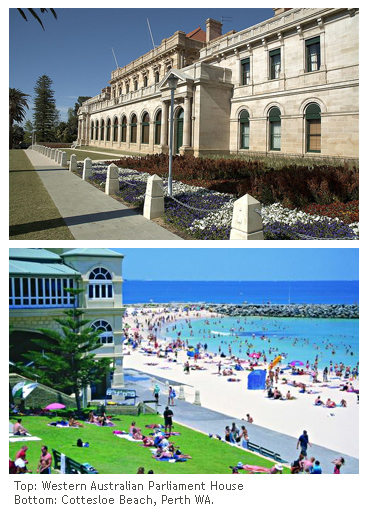 Presents
The Death of Property Rights

Please and join us for the
Funeral Service

Followed by the
Burial Ceremony

“wear black, and bring your truck”

Are you fed up with our government stealing assets, destroying good businesses and ruining families? Are you sick of inordinate red tape being used against you?

Monday lunchtime next week join us at Parliament House in WA, meet Matt and Janet Thompson, Peter Spencer (the 52 day hunger-striker who has won the right to challenge in the High Court), and Maxwell Szulc (a WA farmer who, I understand, cleared fire breaks on his own land, and was jailed for it. Incarcerated! He is being released this Monday morning, which is why the protest is Monday).

I know you have other things you need to do, but if the government keeps growing, when will any of us be less busy?

This is about free speech. What is happening to Matt and Janet is a warning to all of us. Speak against the Establishment and face targeted ruin. The DEC admit they didn’t follow procedure, and have treated the Thompsons unfairly. Why won’t they fix their mistake?

Matt and Janet Thompson are now down to simultaneous opposing injunctions and writs. They’ve launched several against the DEC in WA, and against the constitutionality of the EPA regulations (wait til you hear how obscenely silly the fine print is on those laws). The NAB (or receiver) immediately returned fire and issued one against them. The Thompsons have got no legal aid, so they’ve been doing almost all of the research themselves.  This is what it comes down too. We have to stand up for ourselves.

If you can make it (I know it’s a work day) or just pop in, it would help so much, and it’s a rare chance to meet people who are true gems, and to let our representatives know we won’t stand by and let the injustices pile up.

It’s down to the wire…

Please pass this along to anyone you know who has had enough of the arrogance and ineptitude of a government that is supposed to serve the people.

This is a protest of producers — who are all busy, committed and have no spare time — it’s much harder to get masses of people from far distant places and within tight schedules, but where producers are short of unemployed student rent-a-crowds, we own machinery. Lets make that difference work for us. Anyone who has to turn up in a ute, a truck, or a tractor (road rules permitting) please bring that capital equipment and allow it to add its weight to the protest.

UPDATE: Local Fishermen are coming too, with some boats!

A note from Janet

Guys, fyi…we’re looking to lend the Premier a bit of support in his commitment to taking action on property rights this year.  If you have been affected by Native Vegetation Clearing Bans, Groundwater Protection Notices, Heritage Listing, Planning Regulations, Licencing Impositions, or other assaults on what you thought was your private property, come along and lend your support to this important PEACEFUL demonstration.

Please spread the word in any way available to you.  If you have questions, my contact details are below, but please do not ring just to chat. We’re flat out fighting for our own survival, in addition to attempting to organize details for this event.

The central page for information on The Thompsons is now listed on the blogroll on the right hand column so it’s easier to find.