For energy-nerds following the Australian experiment, today is a big day. On the up-side, three coal turbines have rebooted adding another 1200MW to the grid. On the down-side, the wind has slowed and 3000MW has disappeared. On the hope-side, another 4 coal turbines may possibly get back in gear by Sunday, and you never know, the wind might pick up. Though it doesn’t look good. 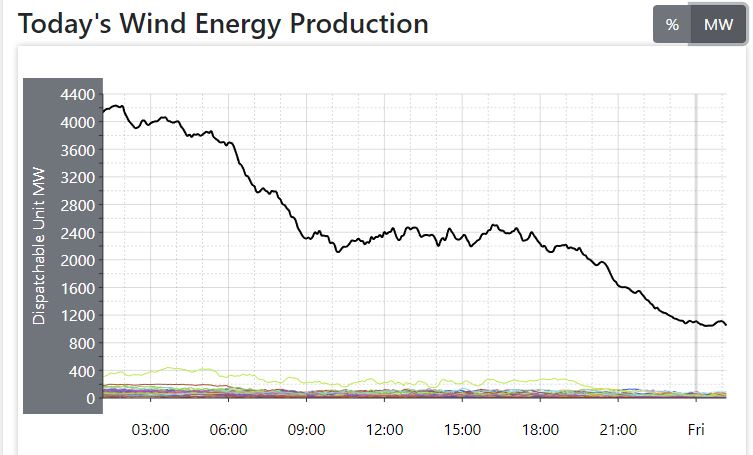 And here is the cell that stops a million dishwashers. 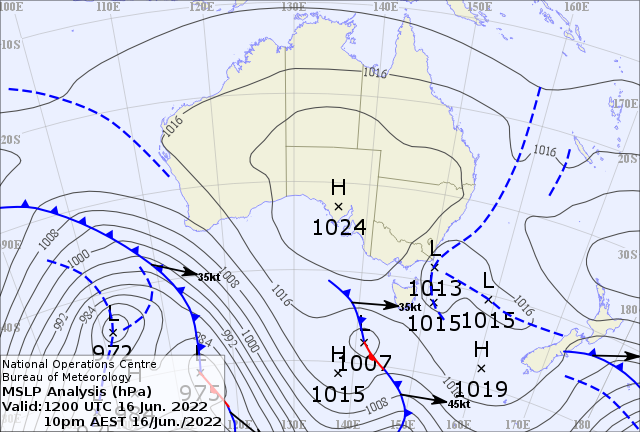 One high cell to stop them all | BOM

This is where all 76 Australia NEM grid wind farms are which could, in theory be generating as much as 9.8GW but are turning out 10% of that now. 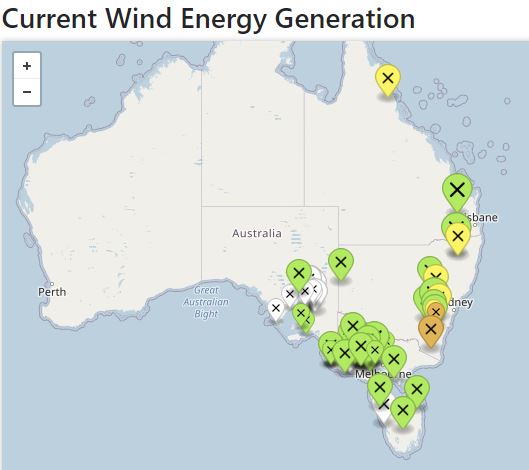 Ninety percent of Australians are being asked to be careful with their electricity today while we wait for the wind to start blowing again or the weather to warm up. And millions of dollars is being burned in electricity bills (assuming people have electricity) because we shut down too many brown coal plants and didn’t maintain any of the coal fleet as if our quality of life depended on it.

The AEMO has issued LOR3 (highest risk lack of reserve) announcements for SA, Victoria, and New South Wales for today. These are updated often and  it is hard to keep up.  LOR3’s are a kind of “Blackout watch”. Potential shortfalls of megawatts 18 hours in advance of the 6pm evening crunch time did look ominous: In Victoria the maximum forecast load that may be interrupted was 1400MW from 5pm to 1am. In South Australia it’s 273MW from 5pm to 9pm.   In New South Wales the maximum “interruptible” load is a whopping 3007MW between 5pm to 2.30am. That’s potentially one third of the total demand in New South Wales. All of these may be resolved just in time, but somebody is sweating tonight sorting this out.

These notices linked above were 98212 (Vic),   98211 (SA), 98200 (NSW) – but which have been updated. Just for the tenor of what could theoretically go wrong, note the size and multiple problem times for one NSW update (copied below). I suspect the updated LOR3 notices 98223, 98225 and 98226 are still active. But curiously the Administered price period in NSW has ended. So the spot market is back in NSW? 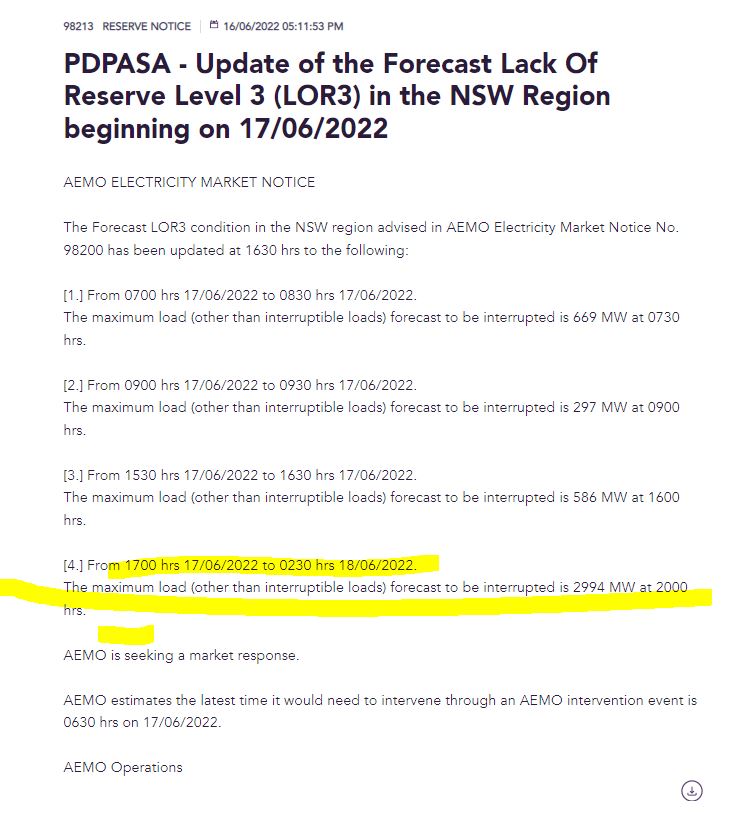