It’s a cult: Another Woke Dilemma 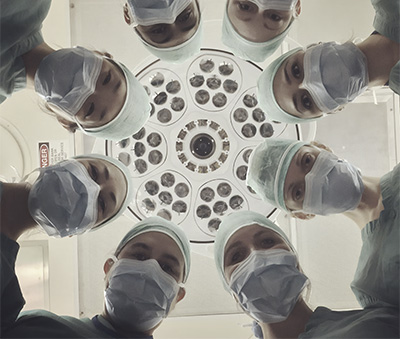 Should women in childbirth be warned that their anesthetic might heat the climate a hundred years from now? You know, toss it around, will I or won’t I? On the one hand, there’s hours of what some consider the worst pain they’ll ever feel, or there are other pain-killers which might not be as safe (but it’s only a baby right?). On the other hand, it’s possible that when their baby turns eighty the world might be 0.000 degrees cooler thanks to Mum? You Go Girl!

Frankly, if they wait to ask this in the labor ward – it’s far too late. Women need to hear this on the phone while booking their first appointment. That way they can run, don’t walk, run and find a real doctor — one that looks at data — not the ones scoring points in a science fashion contest.

Is nitrous oxide a climate risk?

A report in Australasian Anaesthesia notes that while nitrous oxide – known as laughing gas when used as an anaesthetic – is an effective method of pain relief during labour, the gas represents 7% of global emissions, according to the World Meteorological Organization. Carbon dioxide and methane account for 66% and 16% respectively.

None of the numbers made sense anyhow. Nitrous Oxide is 7% of all global emissions? What are they on…?

In the actual report it’s clear almost no one at The Guardian read the numbers (page 185):

The World Meteorological Organization indicates that globally N2O represents 7 per cent of all long-lived
greenhouse gases (LLGHG) which together result in radiative forcing (inward radiative energy to the earth
minus outgoing). This makes N2O the third most important LLGHG following CO2 and methane which account
for 66 per cent and 16 per cent of global warming respectively. More than 1 per cent of worldwide GHG
emissions resulting from N2O are anaesthetic in origin, which is a substantial figure, given that a total of 40
per cent of global N2O is anthropogenic.

Thus 99% of emissions from N2O are not anaesthetic, and who cares? Even nature makes more N20 than we do and 20 times as much CO2. And all the minor gases are nothing compared to water, the most powerful greenhouse gas of all. The whole fixation on “long lived” gases is only so people can ignore short lived ones like water. Do those photons care if the molecule is here today and gone tomorrow, but another one is in its place?  This is not angels dancing on pins, but viruses dancing on bacteria dancing on angels. How many of our best and brightest medical staff worked on that paper?

Don’t look now but two commandments of Pussy-Wokism are in conflict. Should women get what they want even when it means the world might end up 0.0000C degrees hotter in 2100? Which victim scores highest… women or the climate?

See the struggle. Feel the pain:

Why this report? Why now? Why did I get all those rolling eye emoji text messages?

When a new report suggested that people who use nitrous oxide when giving birth should be warned about the impacts on climate change, I felt the mild tremor of a collective groan uttered in unison across the country. More than one person sent me headlines accompanied by a rolling eye emoji.

Historians will mark the madness of the era:

Clearly the climate crisis is a pressing mattter of life or death and the future of all humanity. The staggering results of our federal election show that this is an issue about which Australians are deeply concerned. And many medical colleges are considering the effects of climate change on their patients, with the Australian Medical Association even issuing a call to arms.

The real question is why doesn’t the AMA have better things to do, like looking after their patients, giving informed consent, and checking their scientific pronouncements on every topic before they put out a press release. The other real question is why journalists don’t ask medicos more interesting questions about things that might matter today, not in 2100.