We can all use some good news

In the latest installment of Big Government Badness the WHO is meeting right now to consider some amendments suggested by the US and largely agreed by about 47 rich nations for no real benefit. The US suggested these changes in January and for months almost no politician anywhere said a thing. The changes give broader powers to the head honcho of the WHO —  Tedros Adhanhom Ghebreysus. He’s the man who told the world to keep flying in Chinese Bioweapons through their front door in January 2020, while he also told everyone how transparent and wonderful President Xi was: “China is protecting the people in the whole world”! He actually said that. China was stopping all flights out of Wuhan to the rest of China, but not to Italy, Iran, or anywhere else, and they lied about human to human transmission, and said it was preventable and curable, while they harvested up masks and PPE from around the world to profiteer from them later. China lied about the bats in the lab, and WHO helped cover it up.

No one can explain why the rich nations of the world would want to sign rights away to an unelected, unaudited foreign committee that has failed to do the only job it was meant to do, is clearly in the pocket of China’s communists and wants us to pay them to let them boss us around?

Notably China was not signing up

The good news at the moment is that according to The Epoch Times African nations have put the brakes on and they appear to have derailed the process. We might assume that with backroom deals that might amount to some local sweeteners in Africa or maybe just a better job for the Ambassador. However the backroom deals appear to be failing, and the final form of the amendments has now been delayed to September or even November. The battle isn’t over but we have more time to fight back.

The documents we’re talking about are called the  WHO International Health Regulations [IHR] — sometimes also referred to as a Pandemic treaty (though there are other Pandemic Treaties too). The original IHR was made in 2005, and you can read the proposed amendments yourself. The IHR already matters. Unvaccinated Australians were banned from leaving Australia because of “this WHO treaty” for nearly two years, it was listed on the Health Ministry website, though apparently almost no other country did the same. Go Figure? Perhaps Australia and Canada were the only ones stupid enough to write it into laws at home?

Under the proposed amendments, the director-general could declare a public health emergency in any country regardless of whether local officials agree with the declaration.

Tedros also would be authorized to rely on evidence from sources other than those approved by the affected country as the basis of such a declaration.

But the Biden proposals have sparked a growing furor in the United States among critics who contend the amendments would amount to ceding of some portion of American sovereignty to WHO in the event of another pandemic like the one that has killed more one million Americans and in excess of six million people worldwide.

Rep. Ralph Norman (R-S.C.), the first member of Congress to comment critically on the amendments, told The Epoch Times on May 26 that, “Of course the amendments should be withdrawn, but the bigger issue is how we got to this point in the first place. Why is this administration apparently willing to cede any authority to an international body, particularly the WHO?”

This is not just about pandemics — any “health emergency” will do:

The WHO document was spectacularly vague in all the right places. We don’t even need a moment of monkeypox — this is a “health emergency” treaty and health can be whatever you want.  The WHO defines health as anything less than 100% happy, bouncing, bubbly people:

We all know that Climate Change is an “emergency”, trans-rights is an “emergency”, as are the lack of safe spaces for children oppressed by their parents. It’s only a hop, step and a jump to demand a clean atmosphere is a human right as is having a self-driving electric car with full tracking,  carbon credits, and the remote cut-off “safety” circuit too. For your own health!

Peter Breggin has been raising the alarm on this for months

He spells out the pervasive nature of it all: 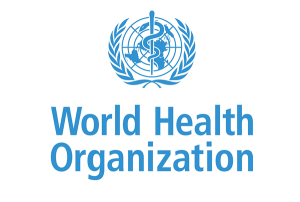 The amendments will completely remove all current restrictions on the activities of the WHO Director General and will empower him to declare a suspicion of a “potential” global health emergency in any nation without their cooperation or agreement. Within 48 hours, the Director General will be empowered on the mere suspicion of an ill-defined emergency, and be able to publish his recommendations and regulations to marshal all the agencies of the United Nations and other groups outside the UN to put pressure on dissident nations. Other nations feel empowered by WHO to place suggested restrictions on the targeted nation. The World Bank which is an extreme supporter of empowering WHO, could also put pressure on nations.

The Director General, Tedros, of the WHO will be the sole arbitrator of many health issues and activities, including declaring health emergencies relating to physical health, mental health, environmental health, and social health. This means that if the WHO and Tedros decide that guns are producing an “epidemic” of violence, then gun confiscation can be ordered. Or, if overpopulation is declared to be the cause of food shortages, then WHO could order population control actions, including abortions and euthanasia.

Don’t let anyone tell you it can’t be stopped and it’s not worth trying:

We have heard from Congressional sources that there is a firestorm of concern and attention in Congressional offices about the World Health Organization (WHO) amendments proposed by the U.S. Biden Administration. This concern has been ignited by the phone calls, articles, columns, and media coverage about the WHO power grab. Every citizen who is signing petitions and calling their federal Congressional representatives and Senators is having an enormous impact on U.S. Congress. Our initial report, “Biden Handing Over U.S. Sovereignty to WHO,” has gone viral in Congress and throughout the world.
For reference, here are the 20 nations, plus the European Union, listed by the U.S. as already supporting the amendments before they were even discussed:
Albania, Australia, Canada, Colombia, Costa Rica, Dominican Republic, Guatemala, India, Jamaica, Japan, Monaco, Montenegro, Norway, Peru, Republic of Korea, Switzerland, United Kingdom of Great Britain and Northern Ireland, United States of America, Uruguay, Member States of the European Union (EU) (which means another 27 states).
If only we all had the same kind of democratic protection as Africa. Start contacting your representatives asking them why we needed to rely on African politicians instead of our own ones. Write letters to the editors. Share the news with friends.

4 /WHO/U.S.-proposed-amendments-to-WHO-International-Health-Regulations-with-cover-materials_1.pdf  The document dated January 18, 2022, is found on pages 3-4, From the “Permanent Mission of the United States of America to the United Nations and Other International Organizations in Geneva.” It lists the Amendments as an enclosure, along with a “Letter from HHS Assistant Secretary Loyce Pace.”

There is that UK Petition again —  calling for a referendum.

A petition for the resignation of Tedros Adhanom Ghereyesus collected a million signatures, but he was voted back for another five year term anyway. It’s not like he needs “the people” does he?

h/t to many Catherine, Old Moss, PeterS, JillJ, Scott, Bill, many others.