In Australia a Woke tech-billionaire has decided to “keep” the coal assets in AGL in order to destroy them (like that’s the “free market” at work) . But in the rest of the world, coal is $400 a ton and everybody wants it.

Maybe Australians will get so rich selling coal they can afford to use electricity from unreliable generators instead? 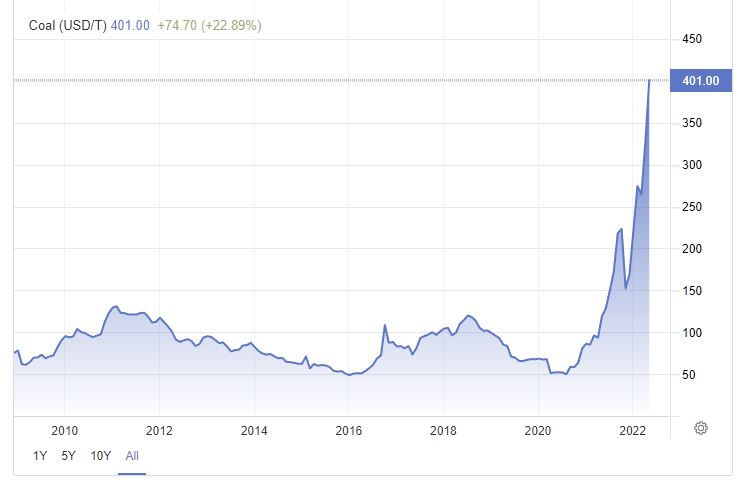 LONDON (Reuters) -Some of the British coal-fired power plants slated for closure this year might need to stay open to ensure electricity supply this winter, the government said on Monday.

Countries across Europe are drawing up contingency plans against potential disruption to flows of Russian gas because of the war in Ukraine. Russia typically supplies about 40% of Europe’s gas.

Britain can generate about 50% of its electricity from gas. Although Russia only meets about 4% of Britain’s gas needs, a significant disruption in supply would affect prices in Europe and make it harder for Britain to secure gas from others.

How screwed is that market when they have to “devise” a framework to keep the cheapest reliable generators running?

The government has asked the National Grid Electricity System Operator (ESO) to devise a framework to encourage plant operators to keep the power stations running, according to a letter seen by Reuters from energy minister Kwasi Kwarteng to National Grid ESO.

Is that new “framework” the plastercast that saves the limb which has a plastic pin-and-plate fitted on a bone that didn’t need to be broken?