Having sold their souls not-covering Biden-family corruption, election scandals, Pharmaceutical malfeasance, and rackets running through politics and science, it’s no surprise that barely 1 in 6 Republicans trust most media outlets. Mass lies will do that.

Look at the vast  partisan gulf in the poll below which asked “how trustworthy do you rate the news media…“. Can anyone look at this graph and argue that the media is not dominated by left-leaning views?  Fully 18 of 22 media outlets appeal to, and are trusted by around three times as many left leaning voters.

It’s no surprise that the most polarized and divisive news source in America is CNN followed by The New York Times and Jeff Bezos’ Washington Post. 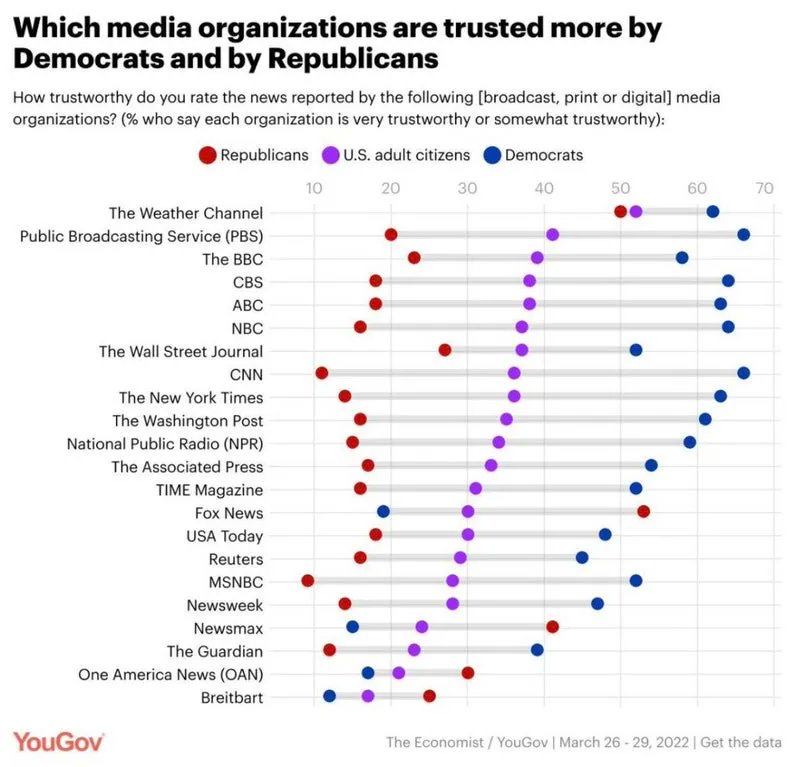 The Republicans (red) are more skeptical than Democrats (blue) of nearly every media outlet.

The least polarising of the mainstream news outlets is the Wall Street Journal.

The only media outlet arguably that serves both political views is The Weather Channel, but even there half of Republicans and 40% of Democrats don’t “trust” it. There is no common Town Square media left where both sides of the political spectrum can hear each others views.

How things have changed since the year 2000

Republicans were always less likely to trust the media than Democrats were, but in the last twenty years that trust has evaporated. 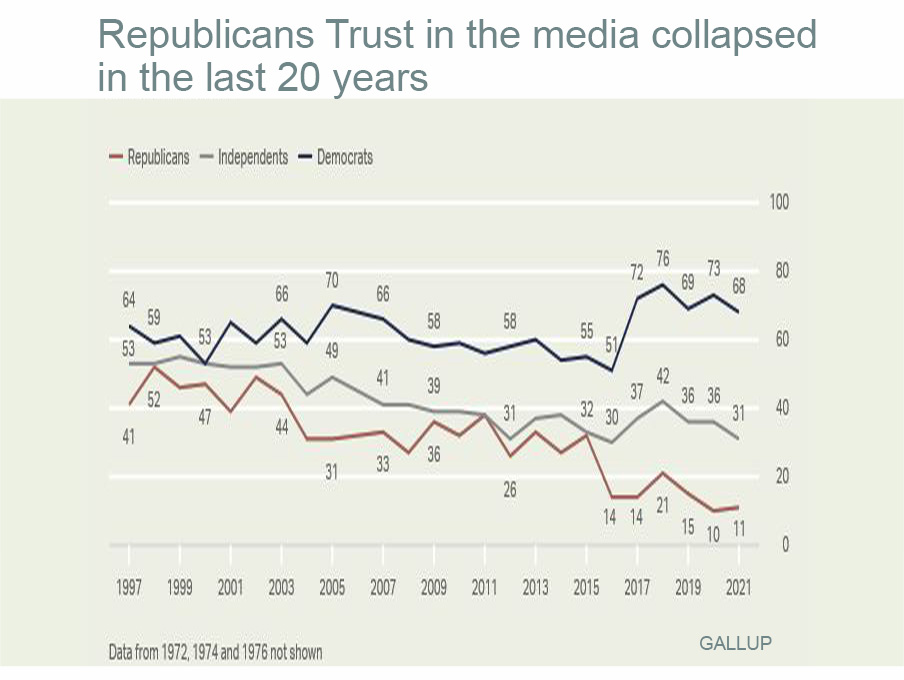 Trust in the media is falling in New Zealand too “at an alarming level”. (It’s only alarming if you think the media is worth trusting).

The Daily Examiner in New Zealand seems perplexed that government funding might be a bad thing. Almost like they and the academics at the AUT research centre for Journalism, Media and Democracy, who did the study, have never once thought about the Government as a vested interest.

While in 2020, 62% of New Zealanders trusted the news they consumed, in 2022 the figure was 52%. Additionally, general trust in the news continues to decline.

Funny how telling the public to obey the government, without any questions or alterative views, makes the media look like a wing of the bureaucrats because that’s exactly what it was.