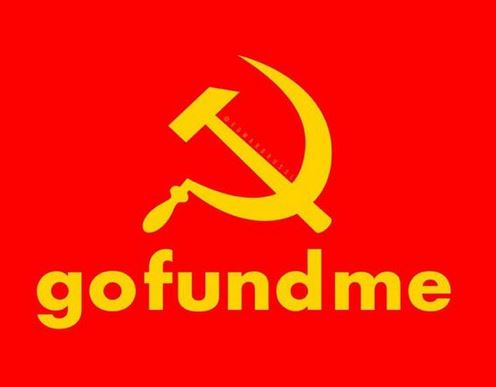 ..the weak corporate cowards at GoFundMe have succumbed to the pressure from “powerful forces”. Ezra Levant claims it was a request from Trudeau.  They now say they will donate it to charities of their choosing. So people who donated may end up unwittingly supporting BlackLivesMatter or Greenpeace. So GoFundMe become GoFundYourEnemies. That, obviously, is outrageous, (and how is it even legal?). But there are ways to fight back.

This was the second largest donation cause for GoFundMe in Canada, and would probably have become the largest had they not halted it. GoFundMe now claims the Trucker convoy is not a peaceful protest but “an occupation” with “unlawful activity”. Though GoFundMe was happy to fund the “Occupation” of Capital Hill in Seattle in 2020. Some occupations are more equal than others.

If you have donated via GoFundMe, please contact your bank and dispute the charge to your credit card or bank account. That will mean GoFundMe will need to return the money and pay a fee of $15USD.

The word is that donors should not use the gofundme.com refund form.

*UPDATE: In a panic GoFundMe now says it will offer refunds to donors “automatically”. Perhaps the thought of 120,000 donors demanding chargebacks with fees was a bit frightening, or it might be all the people reporting the group to Attorney Generals and asking for investigations into what is surely illegal?

Once the money is returned, people can donate via the Christian charity GiveSendGo.com/FreedomConvoy2022. The site asks donors to be patient, as their servers are overwhelmed, and it may take several tries to get past the 505 Gateway error.

In their hysteria the collectivists destroy all they touch. Will GoFundMe recover when half the political spectrum refuses to use it? Long Live the alternatives. 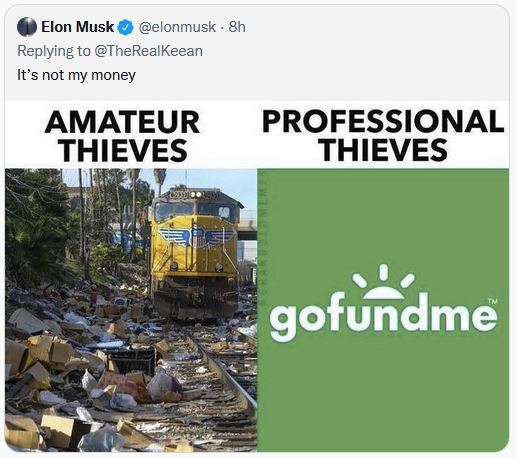 A night with the untouchables

Reports from inner Ottawa from someone living there make for great reading.   A local citizen wonders what makes the protesters tick, and nervously finds out that they are honorable hard workers from every corner of Canada, keeping the streets clean, honking by day but stopping at night. They love Canada and want to keep it free of tyranny for their children.

The Tractors have joined the Truckers. 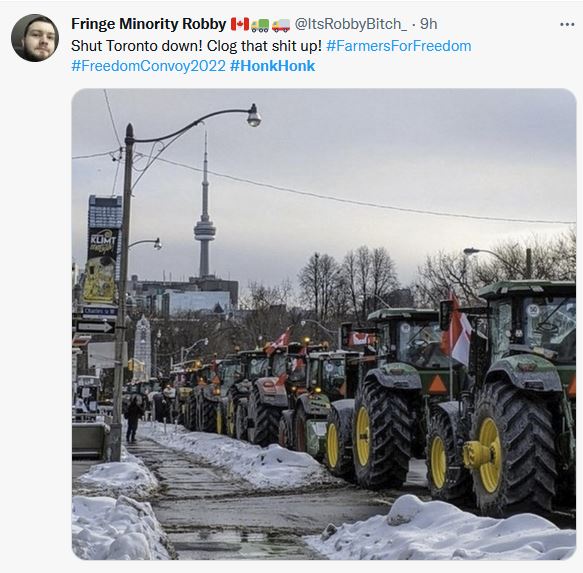 Farmers for Freedom have arrived.

They stop honking at 6pm.

This is the audio landscape in a residential area of downtown Ottawa this morning. pic.twitter.com/Ol2Gk5XOry

The honking will continue until freedom improves.

The Truckers are building infrastructure. One instant community kitchen…. 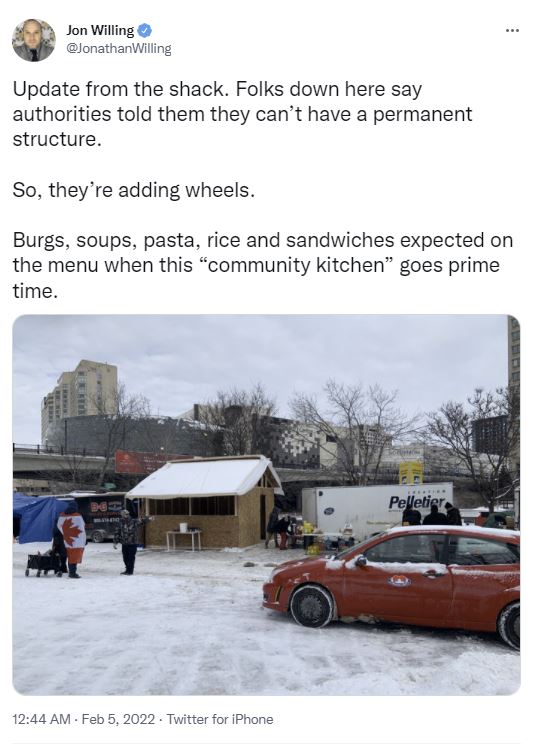 The real news is anywhere-but-the-legacy-media. Thanks again to SmallDeadAnimals in Canada for the list below. I am but a cog sharing info. These blogs find such live and archived coverage of this historical event in Ottawa.

And here some video aggregators helping spread the true facts on the ground: