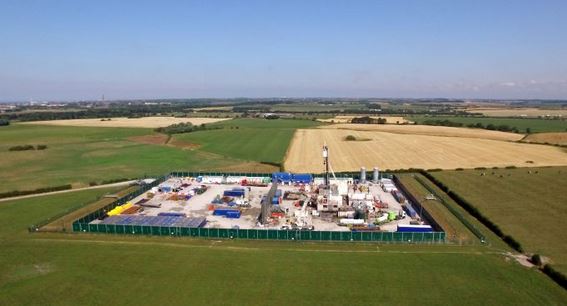 Remember Cuadrilla, the company that discovered 200 trillion cubic feet of gas in Lancashire, UK in 2011? It multiplied the entire national reserve of shale gas by 37 fold. At one point the market value was estimated to be something like £136 billion and could keep the UK “in gas” for 56 years.

It should have changed everything. But in 2022 the UK is in an energy crisis and instead of expanding those shale wells, the UK government  is sealing them up. They’re the only two viable shale gas wells in Britain, and the government wants them to pour concrete down the holes.

It’s been a long slow grind to nothing. The anti-frackers frightened the people with stories of “known carcinogens called ‘silicon dioxide’” and seismic shocks that registered 1.5 on the Richter scale. So the people of the UK gave up an industry worth £6 billion a year, and a reliable energy supply because a government department was afraid of pure sand and a class of earthquake so small it’s “rarely felt” and so common the world has “several million” of them each year.

Andrew Montford, of NetZeroWatch explains that the UK government regulated Cuadrilla out of existence:

The aim of the campaigners and their media allies was to destroy the industry before it took off, or at least to have it regulated into irrelevance. At first, the government held its ground, but with the media in full chorus that didn’t last for very long. After drilling operations caused a pair of microtremors (of a size somewhat smaller than a lorry rumbling past your window) the scaremongering reached a new intensity. Stories were circulated to the media that homes had been damaged. These claims were later shown to be baseless, but by then the government had had enough, and their resistance crumbled. New rules were put in place that made operators stop work if they caused even a tiny earth tremor. The so-called ‘red light’ level was set so low – far below anything detectable – it was said that if you wanted a long weekend, all you had to do was drop a spanner on the drilling pad on Thursday evening.

It’s a case of selective enforcement. No other industry has to keep seismic events to nothing; not truckers, or miners, or pop singers. Even primary school children are allowed to generate seismic shocks ten times bigger than Cuadrilla is. In 2001, one million of children jumped off chairs to create a shake of about a 3.0.

And it’s no accident. The Oil and Gas Authority (OGA) was created to drive fossil fuels out of business.

…how can we explain the decision to seal the wells up? In fact, it makes sense if you take a look at the OGA’s remit. In this extraordinary document, you will find no mention of any duty to ensure that operators aren’t cutting corners. There is nothing about making sure that they deliver for consumers, nor even anything about national energy security (another issue of pressing urgency, given Mr Putin’s machinations). Instead, the role that government has given it revolves entirely around delivering Net Zero. Put bluntly, the OGA is more about closing the industry down than regulating it.

When the price cap on domestic energy bills is lifted in a few weeks’ time, there is likely to be a great deal of anger.

It’s almost like the OGA serves the enemies and competitors of the UK, and not the people. Someone is profiting from the scare campaign, and the rigged committee, but it isn’t most of the voters.

If it was “One Law For All”, the law could never have been made. Being able to make petty regulations or grant industry-licenses makes the bureaucrats the Kingmakers. Unaccountable tyrants.

It’s essential UK produces its own Shale gas. The problem is Green zealots make wild claims that tiny well pads would industrialise our countryside. Greens fail to admit solar requires 40X the area of a well site to produce 1/20 of the energy. Support UK gas & not fuel poverty pic.twitter.com/gZLoDzrmlm