Major protests against mandatory vaccination are being planned in 40 countries and at least 150 cities around the world this weekend.

Mandates, masks and VaccinePassports are being wound down in the UK. “Prime Minister pledges to scrap all controls by March”.  Omicron has derailed the program. We have a short window to push back hard as current vaccines stumble. In only 6 – 10 weeks Big-Pharma are promising new Omicron specific vaccines (which will probably be mRNA because they are faster to develop). At that point, the old vaccines and all the problems with them may disappear down the memory hole as the radiant glow of *All New Vaccines* appears over the horizon. Now is the time.

Even Austria which announced incredible 1,000 Euro fines for the unvaxxed per month has pushed the date back to April. But other states are ramping mandates up.

Find your town on WorldWideDemonstration.com or on or Telegram. 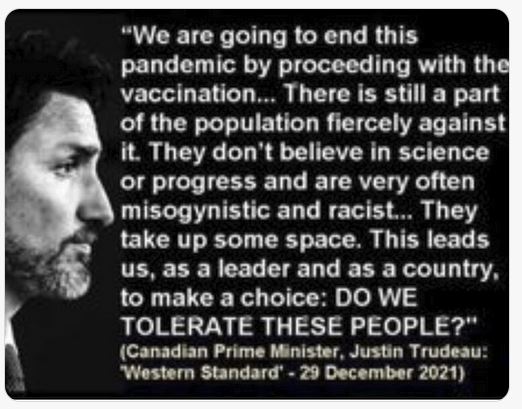 Australia —  At least 22 cities and towns, see the banner below, or AustraliaFreedomRally.com.

France: There must be 200 locations listed.

Canada: As well as Freedom rallies in Toronto, Ottawa, Vancouver, Monreal, Calgary and Edmonton, there are some #TruckersForFreedom protesting on the move.

“On 22 January, new vaccine mandates for truck drivers will come into effect in the US, which will also bar unvaccinated truck drivers from crossing the border.” — Independent

CANADA, Truckers For Freedom are blocking all lanes of traffic to and from USA in Emerson, Manitoba. What do you think about that @JustinTrudeau , next they are heading to Ottawa to pay you a visit. 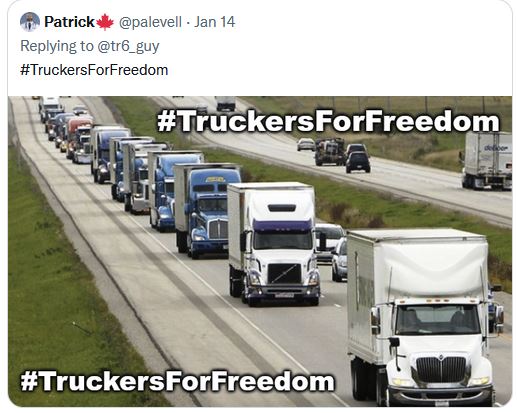 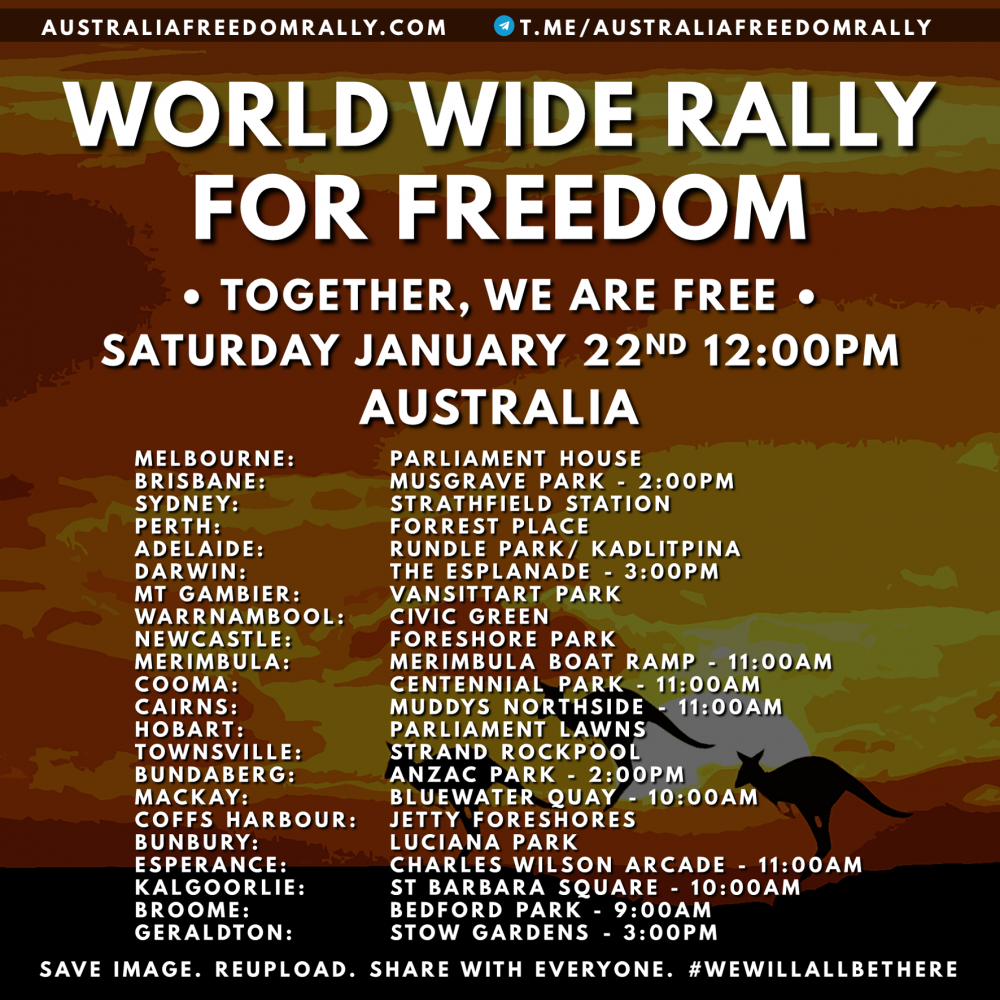 The only protest list Google seems to find is one by a European security firm warning of disruption.