Truckers for Freedom — thousands of trucks are headed for Ottawa

The TruckersforFreedom are starting in Vancouver today and tens of thousands of trucks will converge on Ottawa on Jan 29th in a bid to stop the mandates. A GoFundMe has already raised more than two million dollars to help cover the costs to drive the big rigs across the country. Some US truckers are driving up to join in. And they are jubilant!

The governments of Canada and the USA have made it a requirement that truck drivers must be vaccinated to cross the border. The Canadian ruling started on Jan 15th. The US will follow.

Crowds are waiting for the Convoy on overpasses and beside the roads. 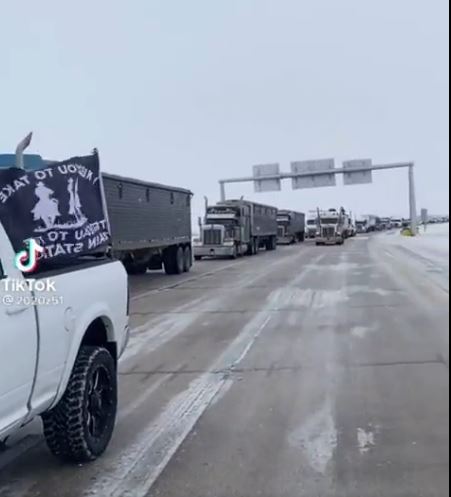 Truck Protests Can Stop A Nation

Our experience with the Convoy of No Confidence of in Australia in 2011, against the carbon tax, was that the establishment is very afraid of this sort of protest. Truckers really can shut down a nation, and the images of thousands of trucks storming across the countryside will pull in people as they see it pass. It’s a powerful image. In 2011 whole towns turned out to wave and cheer and offer free food. Vehicles would join on for hundreds of kilometers.

But these protests strike fear in the heart of the Establishment.  A giant political PR machine is almost certainly swinging into gear to minimize everything about it. The media will downplay it, and hide it, as if people spending thousands of dollars and two weeks of their time is no big deal. They will say it was “smaller than expected” or is “shrinking” (no matter how big it is). I hope the Truckers for Freedom have a team to count all the trucks, and film everything. They need to use every kind of social media they are “permitted” to. 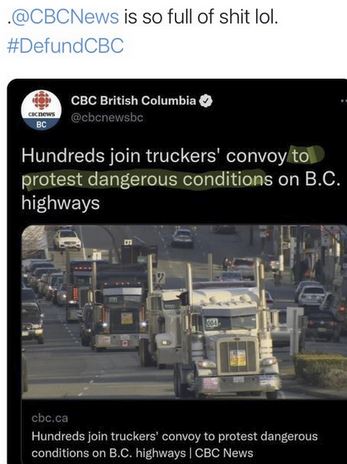 The Toronto departure date has been moved forward a day because there are so many trucks.

Make no mistake, we have to share the message with the world. Someone has to make sure the organisers know what is coming and how dirty underhanded tricks will be used at the last minute to separate the convoy or slow it down, or prevent it reaching the most important, symbolic or ideal photoshoots.

In Australia, the Truckers went to great lengths to coordinate with the Federal police, to get permits, and make sure they didn’t put people out, and it was used against them. At the last minute on the day the trucks were supposed to drive in laps around Parliament House they turned up to find the inner road blocked by police, and were diverted to an outer one.

This was what happened in Canberra Australia in 2011 after trucks had arrived from all over the continent:

The Convoy organizers staged their entry so carefully, coordinating it with the Federal Police. They meticulously planned everything so as not to put out the average Canberran, even starting at 5.30am so as to avoid the peak hour traffic. They were scrupulously considerate. (Perhaps too much so.)

In the end, the fact that they were so well organized  and polite was used against them. The pro-government forces hyped up the anger against the out-of-towners with threats that “it would cause major traffic delays” and “bring Canberra to a standstill”. But when the protest didn’t cause any of the promised disruption, instead of admitting they were wrong, and apologizing, they pretended that the lack of traffic problems shows the Convoy was a fizzer. Spin spin spin. It’s too easy, isn’t it? If the Convoy had slowed up the traffic, it would be called a nuisance.

How do you portray the grassroots movement of cattlemen, miners, truck-drivers, business-people and farmers as being unrepresentative? Just call them all “truckies”.

Meanwhile,  the health workers in London are kicking up a storm

The UK is ending all mandates except for the requirement for health workers to get vaccinated, and that’s being stridently opposed. As many as 70,0000 health workers are not vaccinated and may face being sacked on April 1:

PROTESTORS in central London have sparked chaos as hundreds gathered to call for an end to the Government’s vaccine mandate as NHS 70,000 workers may lose their job if they keep refusing the jab.

Thousands of protesters flocked to central London to remonstrate against mandatory coronavirus vaccination for NHS staff. Dramatic footage shows protesters dancing to Pink Floyd’s Another Brick in the Wall, suggesting the Government’s measures go too far and encroach on civil liberties. With the new rules coming into effect on April 1, there are serious question marks over what the future holds for up to 70,000 health care workers unless they get jabbed in the next 67 days.

When will the madness end? When we stop it.

Don’t wait for them to take more…