We finally reached a turning point with Omicron that suggests we have it’s measure.

We couldn’t know if the South African experience would translate to the overweight, indoor and diabetic parts of the world given 60% in South Africa had already had Covid — plus it was summer, and that part of the world is more familiar with certain anti-virals which must not be named.

But the news from the UK is about as good as we could have hoped. And Hallalujah, restrictions are being wound back in the UK.

Hurrah! It’s three doses of Covid cheer as UK cases continue to plunge, Plan B curbs may soon be lifted

The hospitalization curve in the UK has just (maybe) started to decline, and if there are no surprises, then Omicron is roughly kinda 10% as severe as Delta was.

Modelling Hospitalizations in the UK. Omicron

I know some will feel that this is no news at all and we could see this coming for weeks. But bear in mind that in South Africa, the country far ahead of us all, the deaths have only just plateaued the last three days (we hope).

The peak of infections in South Africa was December 17th. So that’s a full month’s lag from cases to deaths. 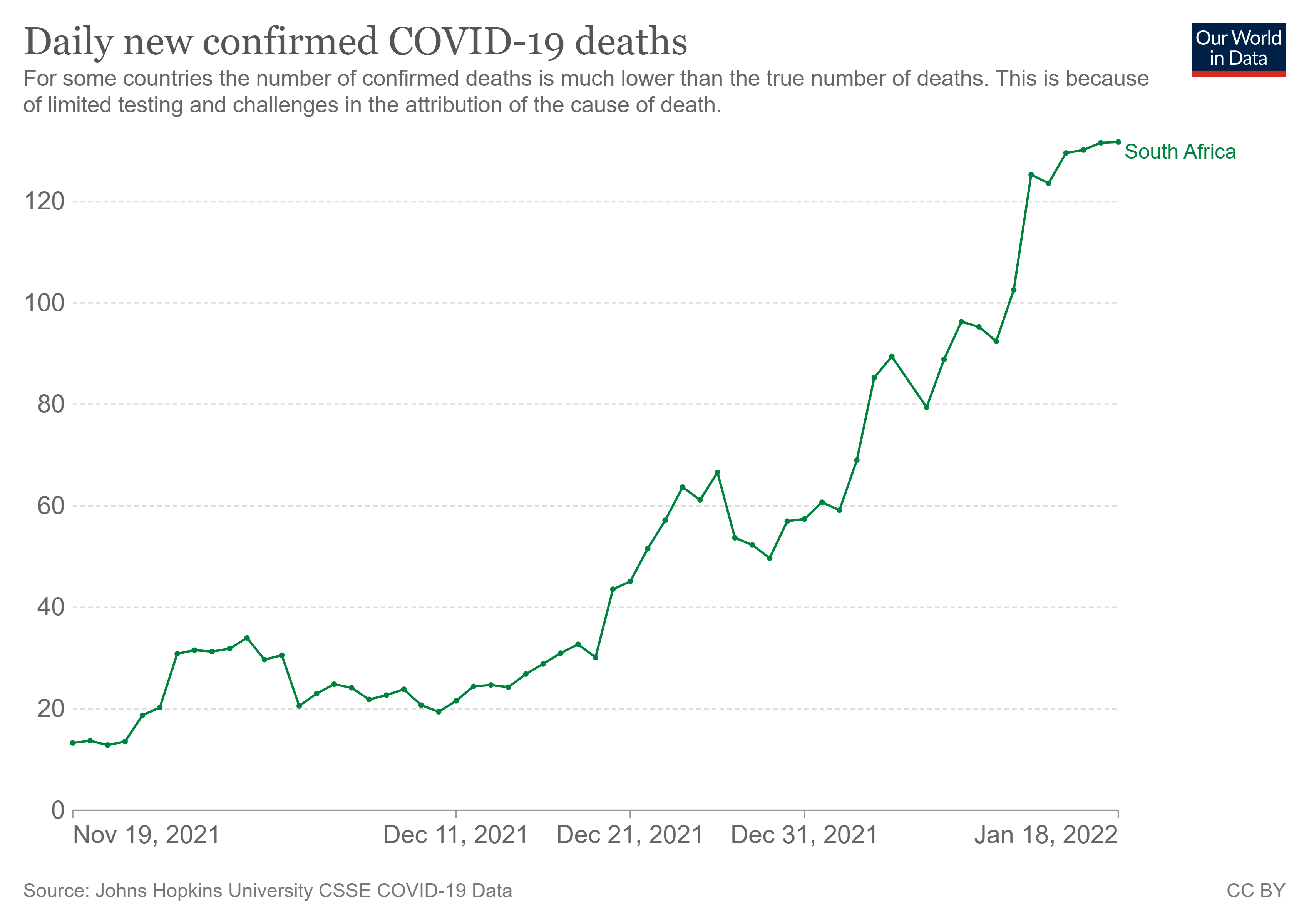 Deaths may have only just hit the peak in South Africa. Graph OWID.

And right now, deaths are rising around the world, with the exception of Germany: 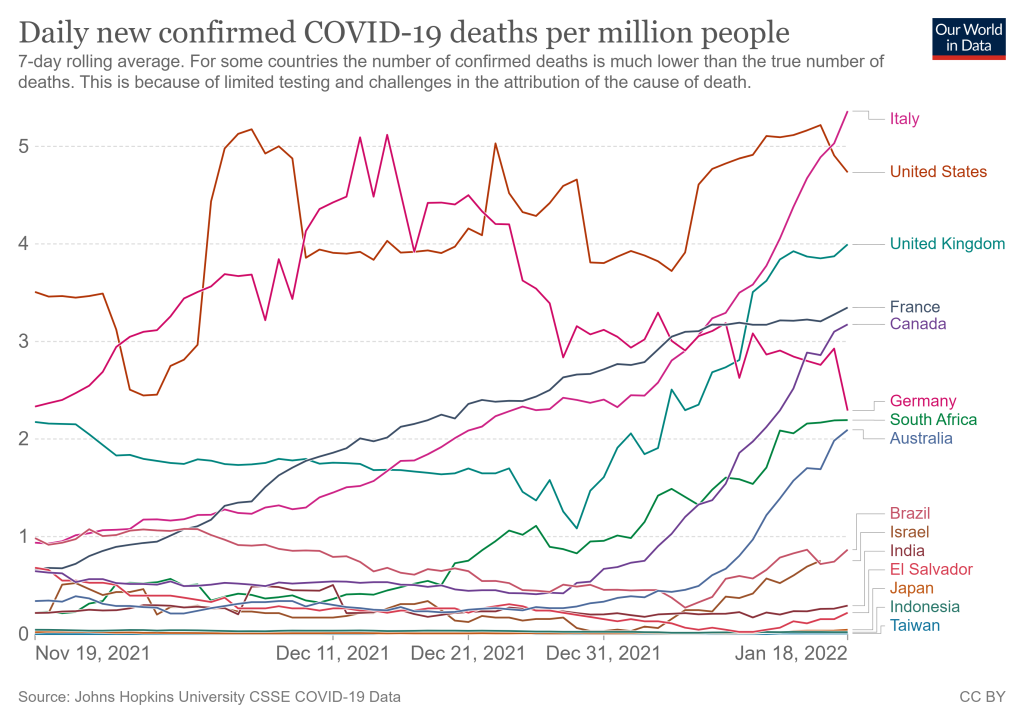 There are plenty of ways this could have turned out differently. Even now, we don’t know the after effects or “sequelae” —  like the long Covid tally, or how long natural immunity will last, or whether there is some inflammatory, or autoimmune side effect. A lot of people are turning up in hospital for other things, and being diagnosed with Covid. Most likely Omicron is ripping through the population faster and more asymptomatically than anyone thought, but what if there are other symptoms taking people to hospital that we don’t associate with Covid? We’d hope the docs have figured that out, but it would be nice to see someone in the media even ask the question.

We are not at the end of the Omicron track yet. And as long as we suppress safe cheap drugs and keep injecting 90% of the population with a leaky ineffective vaccine, the next variant-of-concern is in production right now.