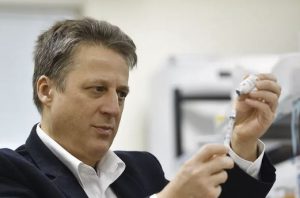 The South Australian government has declared there will be no more “exemptions” from mandates for people who take part in clinical trials.  So workers taking a locally made vaccine, called Covax-19, will have to take approved vaccines as well or get sacked. It doesn’t matter what their antibody count is, or whether it might even be risky to follow up Covax with a different vaccine. It’s not about their health, don’t you know?

Covax-19 is a traditional old fashioned protein vaccine. It’s still the old WuFlu spike, though without the furin cleavage sequence (which probably makes it safer). It’s been approved for use in Iran, and given to two million people there, remarkably with apparently no incidence of myocarditis or blood clots. Perhaps that’s the problem — it’s a threat to the current vaccines?

Since Prof  Nikolai Petrovski tested Covax on himself before testing it on others, he may have to be sacked for not also getting vaccinated with an approved vaccine. He is no longer allowed to attend Flinders University or the Flinders Medical Centre, according to the ABC.

Great way to promote Australian science: Let bureaucrats decide which vaccine the Professors of vaccines should take. What could possibly go wrong?

The problem, it seems, was that Covax-19 was too popular.

A number of prominent local social media platforms have been advocating for people to avoid having vaccines approved by the Therapeutic Goods Administration (TGA) by signing up to planned COVAX-19 clinical trials.

And we wouldn’t want people to have a choice, would we?

It’s not that Petrovsky’s vax didn’t work or caused harm. It was because people might be signing up to avoid getting Pfizer, Moderna or Astrazenica. And if that were the case, surely the solution would be to rush supplies of Covax to Australia? It’s what the hesitant people want after all. But that’s not what the SA government suggested.

With these rules newcomer-vaccines will find it harder to get trial participants as people are forced out of the early trials with draconian threats.

I guess we wouldn’t want to accidentally discover a better vaccine when we’ve ordered 100 billion boosters already in secret contracts that may have given away the Sydney Harbour Bridge. Who needs Australian made vaccines, Australian expertise, and Australian profits? It’s so much better to have supply lines to Marburg and Massachusetts with vaccines approved through secret data by the FDA.

For what it’s worth, even with all the hurdles bureaucrats are putting in the way, the people are working to make this happen. So the GoFundMe campaign for this vaccine has raised $782,000 and thousands of people have signed up to participate.

How much longer will Australians put up with this?
10 out of 10 based on 104 ratings