It’s almost like some at the ABC are sympathetic to the anti-wind-farm movement?

The awakening begins. There is an opening here for the two opposite ends of the political debate to come together, and to figure out who the real enemy is — something that would transform the political landscape. Before anyone gets the urge to rub their noses in it (no matter how deserved it is) ponder how useful this is as a way to open a conversation. There are still good green tinted people out there who have no idea they are being used, or that there is a cheaper energy source that feeds plants, doesn’t chop up birds and bats, and doesn’t consume 13,000 hectares of wilderness either.

Steve Nowakowski was a fan of green energy, and hired as a photographer:

Now, as he looked down, he was shocked at what he saw. 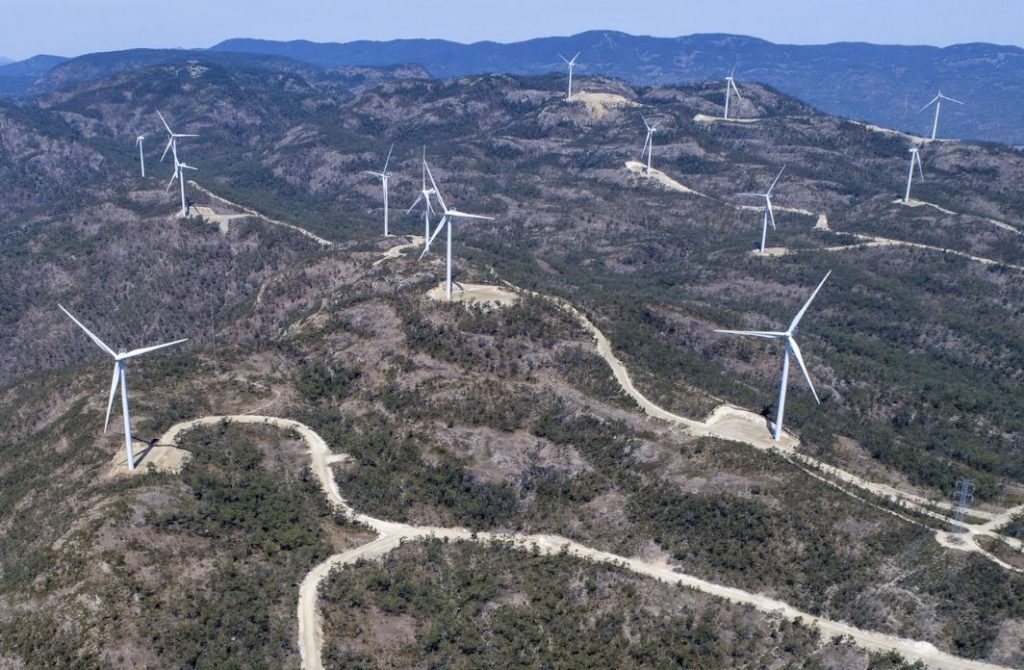 “I thought, ‘Geez, there’s a lot of destruction here. They’ve transformed what was a really great, pristine area … into a really industrial area’.”

According to James Cook University adjunct professor and evolutionary biologist, Dr Tim Nevard, Far North Queensland is one of Australia’s most biodiverse regions and many of the sites chosen for wind farms are “wholly inappropriate”.

“Biodiversity is the buffer at the end of the tracks that stops the runaway train of climate change from bursting through,” Dr Nevard says.

“Destroying biodiversity in order to have greater amounts of wind energy is a complete oxymoron. It’s ridiculous. So we shouldn’t be doing it.”

After Steve Nowakowski  saw more wind farm applications — his opposition to them hardened. He gave a speech to locals, with photos. He thought they might throw eggs at him. Instead, none of them wanted the industrial complexes in the local wilderness either. (Imagine that?)

The Aboriginal activists were also annoyed and dismayed. The new projects in Queensland are going to be even bigger and more invasive. Some 13,000 hectares of vegetation will be removed if all the planned subsidy farms go ahead, and 90% of that land is in Queensland.

The ABC article is a long gushing feature. It ends, like a cult fanclub, with the belief that wind farms are still useful. They just need to be built somewhere better they say, as if there is plenty of land which has high wind, large transmission lines and no native fauna or farmers. But people don’t build billion dollar interconnectors to nowhere, so it’s a fantasy combination.

This is an opening in the wall to reach the soft greens. Join with them in lamenting the environmental damage, then walk them through the Valley of Vested Interests, pointing out who is really getting rich. Then gently lead them to realize that almost all the Environmental popular movements are not even trying to help the environment.