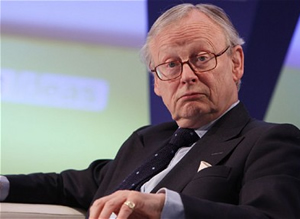 Australians heard how disappointing we are to Lord Deben, who earns £1,000-a-day  as chairman of the Committee on Climate Change (CCC). But the Australian-investigative-media didn’t mention that conflict of interest, or that Lord Deben’s private company was caught in 2019 being paid £600,000 from ‘green’ businesses, like windfarms and car battery makers, which he never declared. He says there’s no conflict of interest and that he  “complied with disclosure rules”.

So now we know the rules are inadequate.

Australia has been labelled “a great disappointment to the rest of the world” by the United Kingdom’s climate advisor for clinging to coal-fired power.

Imagine if the ABC introduced every Deben pronunciation with the information that Deben earned money from Green businesses and is paid to head a committee that wouldn’t exist if climate change was natural.

“What was so disappointing for us is the way it appeared your prime minister really doesn’t understand the urgency of what we have to do,” Lord Deben said.

For a guy heading up the UK Climate Change Committee, you’d think he’d know the beaches on 88% of Pacific Islands are growing, not shrinking.

“Nations around you will disappear beneath the sea because that’s what is going to happen to the South Pacific,” he said.

“As it gets worse for everyone else, people are simply not going to be prepared to trade with countries that don’t meet the same standards.”

There’s a pattern here. Lord Deben was also accused of misleading the UK parliament in 2013. He was chairman of a £500 million dollar water company that he claimed did no energy-related business,  but the company’s website boasted that they installed high voltage transmission lines for wind-farms. His daughter was also director in his Sancroft environmental consultancy.

Simon at AustralianClimateMadness explains Sancroft a long time ago:

Lord Deben, formerly John (Selwyn) Gummer, is a climate change evangelist who happens to be chairman of a company (which he formed) to advise other corporates on ‘environmental responsibility’.

But he’s also the chairman of the UK’s Climate Change Committee. So on the one hand he’s driving government policy towards tougher environmental and sustainability requirements, whilst on the other providing advice, at huge cost no doubt, to companies on how to manage those additional requirements. Anyone not able to spot the conflict of interest there?

If only three-million-dollars-a-day was enough taxpayer money to get Australian journalists to do internet searches looking for “Lord Deben, Conflict of Interest”?