Spare a thought for the people of India having to bid against a desperate China to get enough coal.

CHENNAI: Indian utilities are scrambling to secure coal supplies as inventories hit critical lows after a surge in power demand from industries and sluggish imports due to record global prices…

Over half of India’s 135 coal-fired plants have fuel stocks of less than three days, government data shows, far short of federal guidelines recommending supplies of at least two weeks.

That is a lot of coal burning:

India is the world’s second largest importer of coal despite having the fourth largest reserves.

“Domestic consumption increased by about 10% in the last two years because of work from home and air conditioning,” a senior Tamil Nadu government official told Reuters.

Remember when coal was a stranded asset? 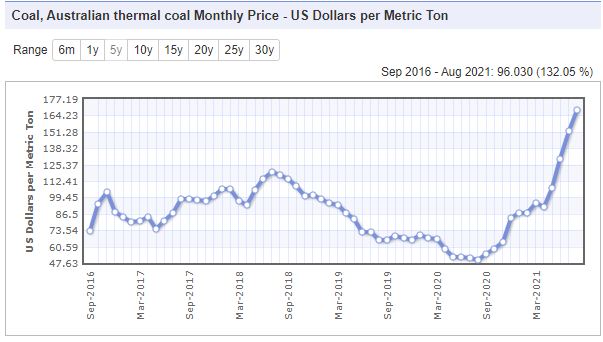