It’s an interesting moment in US history. Most Australians may not know what “Let’s Go Brandon” means. Our major news outlets haven’t yet mentioned this cultural phenomenon. It’s being censored.

In the US, The People are not happy, and they’re finding new ways to protest. Traditional protests by the Unmentionables are being banned, or sabotaged by violent infiltrators and ignored by the media. It’s become dangerous to walk the streets and carry placards. A few fake protestors wearing horns can capture all the media glory — and the media is happy to use them to falsely define a largely Christian middle and working class phenomenon as “domestic terrorists”. So a movement has sprung up spontaneously at stadiums of thousands of people. How many Australians are even aware that mass chants of “F*** Joe Biden” are happening at football games in Utah, Oklahoma, Mississippi and New Jersey?  These are crude mass declarations of rebellion. It’s being called “a movement” and it’s spreading. Individuals can’t be punished or silenced, and while it’s a desperately pitiful national conversation, it makes a point. It’s gross disrespect for the Office of the President.

So in front of that incendiary mass rebellion, an NBC TV Interviewer was interviewing a NASCAR Driver called Brandon. Anyone with eyes and ears knew exactly what was happening in the background, but she tried to pass off the “F*** Joe Biden” chant as “Let’s Go Brandon”. It was a form of brazen but desperate media gaslighting, and the non-left have picked it up as a slogan against both Biden and the media. “Let’s go Brandon” is the epitome of fake news.

And as mysterious mentions of “Brandon” appear in social media, onlookers are being Red Pilled. Did 80 million Americans really vote for this most popular President ever, and is the media really telling us what’s going on?

Australians might also find it eye opening to know how many people in the US are walking away from their job over vaccine mandates.

Is that a nurse shortage you see? Are those storms over SouthWest Airlines?

T-shirts and Hats for sale already. 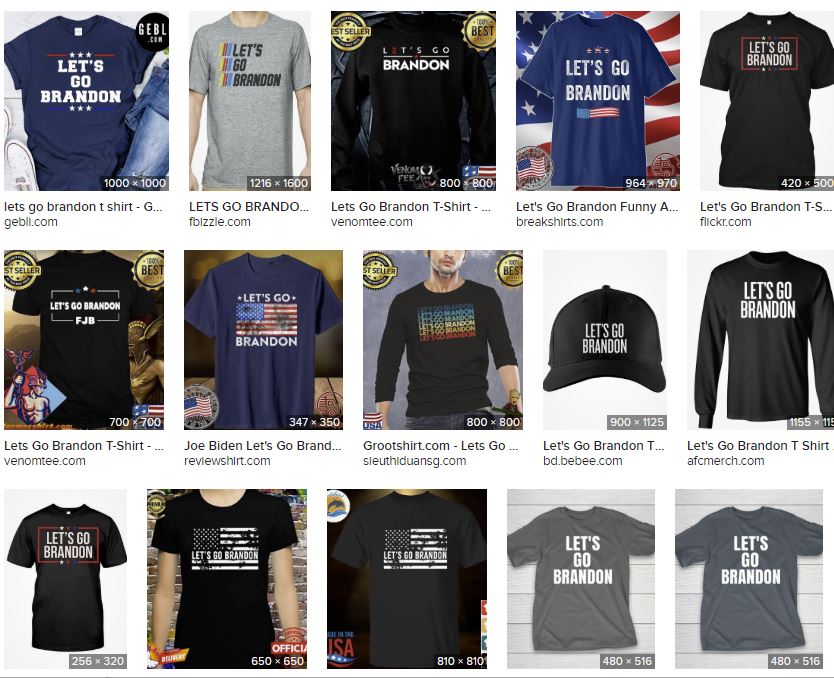 Who wants a T-shirt?.

Reap what you sow. Who started the gross disrespect for the Office of the President and using sport for politics? Not conservatives.

[The “F*** Joe Biden chants] seems to be happening all over. It’s amusing to see Democrats respond by demanding respect for the office, and the separation of politics and sport. Too late guys. Enjoy the new rules you made.

When a democracy surrounds the elected representatives with barbed wire, and the media denies the people a voice, they find another way.