The global nuclear industry has put in fifteen applications to display exhibits at the up-and-coming UN Climate COP26 event in Glasgow. But all fifteen have been rejected in preference for exhibits from industries that appear to solve climate problems but have little effect on actual emissions.

President Xi could not be contacted, but has in the past encouraged the rest of the world to keep trying to cut emissions in the most expensive way possible. 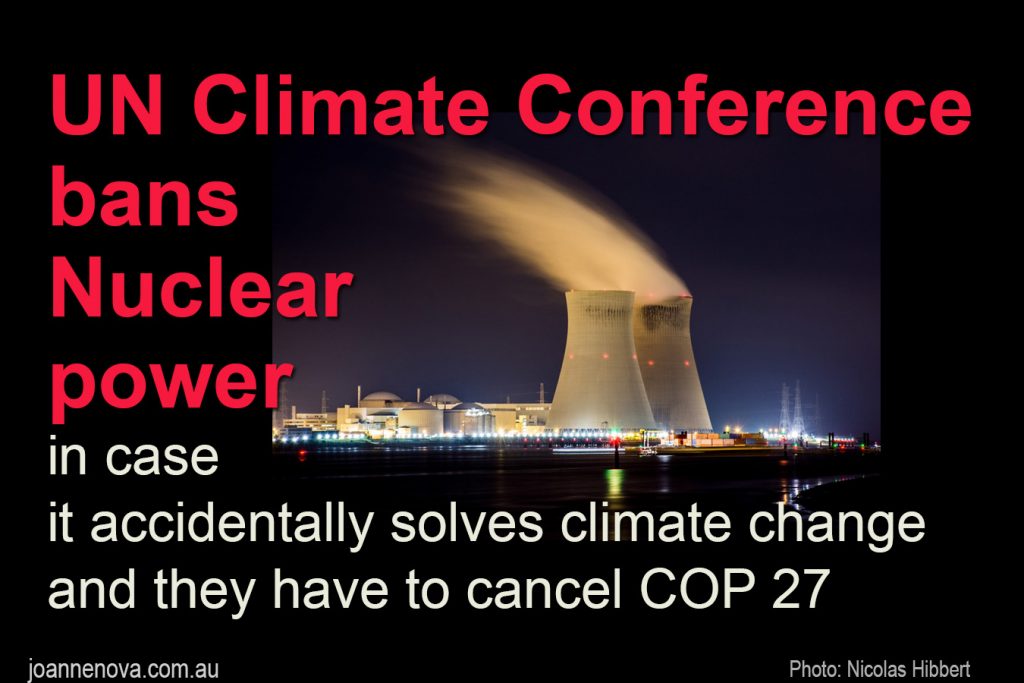 Imagine what the world would look like if the UNFCCC wanted to solve the climate crisis? (And if there was one?)

Up to 15 applications from nuclear-related bodies are understood to have been rejected by Mr Sharma’s COP26 Unit in the Cabinet Office.

They included an application involving the World Nuclear Association, which represents the global nuclear industry, to put on an exhibition featuring a life-size model of a nuclear reactor.

The trade body will still send delegates to attend events in the blue zone, after their applications were approved by the UN. But in an open letter to Mr Sharma, Sama Bilbao y León, director of the World Nuclear Association, said: “We are deeply concerned about the news that every application on nuclear energy for the Green Zone at the upcoming COP26 conference has been rejected.

read more at the GWPF

Photo by Nicolas HIPPERT on Unsplash