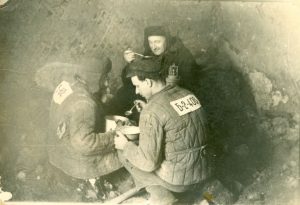 There are almost no brave people left in academia, or sport, or the land of celebrity. When one of their own faces the axe for some random transgression of an invisible rule book on political niceties, their colleagues abandon them.

In academia, they’re supposed to be the intellectual cream of the crop –the individual giants who fought their way to the top. But it’s like we’ve selected for wary herding people instead. And perhaps that’s the point. When universities were turned into schools and businesses, and quirky philanthropist funding became predictable Big-Government largess, the mavericks and rebels didn’t fit and one by one were expelled, sacked — or just pushed sideways til they fell out. What’s left in the wasteland of academia, apparently, are the mid-wit networking climbers. The middling Ordinaires rose into positions above their due and became afraid of losing the sweeter deal than they deserved. If they were the top dogs in their field, and if that mattered, they could speak their mind, get sacked, and still be offered a new position at a competing institution. But second rung players don’t have that option. They won’t put their head above the parapet and say up is not down, and 3 is not 2.

And so the mid-wits feed the crocodile:

The Fears of the Elite

Here is a story by Heather Mac Donald of a renowned teacher at the Manhattan School of Music accused of racism and homophobia.

This teacher, years ago, worked on something that an anonymous accuser suddenly declared was demeaning to Asians. The teacher’s years of service and excellent record counted for nothing. A petition was gathered among students, who were possibly also too afraid to look like closet racists by not signing it. Why would students show the integrity and bravery their teachers lacked? And thus a mob was born. The terms “homophobia” and “body shaming” was added somewhere along the line.  There was no investigation in any meaningful manner. She was cancelled.

Mac Donald puts it this way: “Vaughn’s colleagues, cowering from the mob, let her twist in the wind. Almost none came to her defense.” … None of her active colleagues in 2020 protested, and the administration didn’t bother to investigate the charges.

How is it that the faculty said nothing and that administrators acted so precipitously to satisfy the angry kids?

It’s not just academics, it’s sports leaders and CEO’s who rush to appease too:

[It’s the].. college president who rushes to apologize for imaginary crimes, the CEOs who pour money into the coffers of Black Lives Matter leaders who despise the very system that the business heads otherwise uphold, the famous actor who turns his own (putatively) insensitive remark into a public drama of penitence . . . fear has turned them into timorous tacticians. Where is the confidence that naturally follows from accomplishment?

They’re nervous, very nervous—and they’re willing to violate the norms of their own workplaces and fields and personal ethics when the pressure comes, or at least to retire in fear as others commit those violations. One wonders if there is something about the ladder of achievement in 21st century America that robs individuals of integrity the higher they go.

“…like a form of cultural suicide has taken hold”

A society whose leaders are so easily cowed is heading toward a dark fate. To watch our prestigious academic chiefs bow down to a pack of irate 20-year-olds is to feel the American spirit drain away. To observe an eminence in the world of sports lose all his mojo and beg forgiveness for a lapse most of us chalk up to the ordinary sins of ordinary people is to suspect that an ethos of cultural suicide has taken hold.

The highly credentialed members of our society boast of their worldliness and tolerance and enlightenment, but there is now more freedom of speech and diversity of thought in an automotive repair shop than there is in the faculty lounge. Never has there been more insecurity among the smart set, never more caution in the boardroom.

Achievement hasn’t made them more comfortable, and it hasn’t brought them more freedom.

They know they’re weak, and that’s hard for a superior person to accept. Despising Donald Trump and his fans made them feel better. Trump is out, but they still have January 6, and people who resist the vaccine, and who push the audits…

We can all see where this is headed but it ain’t over yet.

Politically correct shackles are just words, so they can be defeated by words.

Support those on the front line of the cultural war, the politicians who take the hard road, the journalists who do a good job. The Peter Ridds of the world. Even a friendly message helps. Just say thanks. Share the messages you like, and the jokes. Spread the word. Subscribe, follow and link to the leaders you admire.

Thanks from me to those who take the time to name and shame the biased journalists and silent academics. If those cultural cowards fear student-mobs, they will fear organized grown-ups even more. Group-thinkers, after all, need to think they are on the same side as The Group. Never underestimate how much it will get to them if they find out thousands of polite steadfast adults disagree.

And every waking minute, mock political correctness in all its forms and never apologize for the great nations that we inherited, that defeated slavery, and gave women and men freedom and peace like no other civilization on Earth.

It’s a culture war, so fight with cultural tools. There is a reason the politerati warriors hate national flags. Use them. 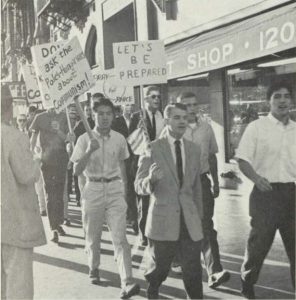 An anti-Communist Rally in 1960

Your support keeps me writing, and the content free to everyone. Every contribution, big or small, helps.

With no ads, no sponsors and no boss, I am free to say things others can’t.