Your car exhaust causes bushfires, your roast beef leads to droughts and the wrong lightglobes could flood the nation.

Hurry, hurry, it’s your absolute last last-chance after the last last-chance to save the world. According to an unaudited, unaccountable UN committee, It’s Code Red for Humanity! Rush and install Solar Special Protection Shields on your home today to be sure no one inside is at higher risk of Malaria, Asthma, Obesity, Eco-depression, and to save Nemo from feeling reckless. (Why haven’t you done that already, you evil reef killer?)

Despite installing more renewables than any nation per capita on Earth, Australia is failing to cleanse the Earth of pollution. Likewise the USA and UK which have both reduced actual carbon emissions by more than nearly everyone else are only leaders when they vote for socialists.  Too many windmills are never enough! (Don’t mention the eagles or the whales, but praise the Sharks, for they are the sacred spirit of Virtue Signalling.)

There are many things you can do to play your part to make the weather nicer for our grandchildren, or at least reinforce the religion. On ABC radio Perth 720 a caller rang in to say they’d stopped using tea-bags. (All hail the weather controlling activity of loose leaf tea!). 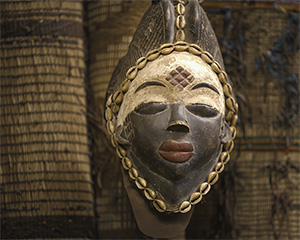 The nonsense knows no bounds, and the Pagan faith runs strong, especially in Professors trained to mouth the advertising memes of General Electric, Panasonic and Vestas. They excel when investigated by ABC activist-journalists taught to toss fluffy-toy-questions at the feet of the ecologists who specialize more in grasshoppers and less in spaceweather. What do you say to Climate Deniers? —  sayth the ABC-voice. When did you stop believing in science, sayth Lesley Hughes, biologist who wonders how 200 scientists could ever be wrong?

Cliches will save the day! 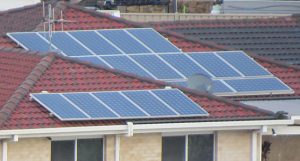 Protect your home against storms and fires!

How many solar panels does it take to stop a cyclone? The ABC-voice, didn’t ask, and the biologist wouldn’t know. But Bushfires in Greece prove that CO2 is dangerous, even if there is not one Climate Model on Earth that could tell us this time last year that the floods would be in Germany, the heat domes would be in British Columbia or that snow would fall in Southern Brazil.

It’s just bad, and all shades of badness are caused by CO2.

Neolithic shamans, chieftans, sorcerers and hofgothi all knew the secret of forecasting ambiguous-multipurpose-gloom. Modern professors are catching up with their astrologic wizard forefathers.

Perhaps we all should give up,
Using tea-bags when having a sup,
Better tea-leaves instead,
Which are easily read,
To forecast at the end of the cup.

Photo by hp koch on Unsplash