In Australia, the subsidy bandaids are piling up. 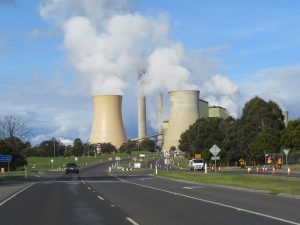 We subsidized weather-controlling generators in the hope that our electrical infrastructure could not only provide electricity but would also stop storms, floods and The Taliban. However the weather-controlling-generators were also weather-dependent, and it was costing quite a lot to add storage, stability, transmission lines and synchronous condensors.   Who knew changing global weather would cost so much?

Once upon a time Australia had a full complete electricity grid that was cheap and efficient. Then we added inefficient things to it until we had two whole grids, one that changed the weather (in theory) and a spare one that filled in for all the other grids failures. For some reason it was not cheaper to run two whole grids rather than just one.

The subsidies were needed to drive out the cheapest player (coal power), but having succeeded, we then needed different subsidies to keep the coal power in.

What a tangled web we weave when first we lie to ourselves.

Grid and bear it: subsidised coal part of energy overhaul

Special payments will be needed to keep ageing coal-fired and gas power stations in business to avoid future spikes in electricity prices, under a national plan to shore up the energy grid.

A new capacity mechanism recommended by the Energy ­Security Board will put incentives in place to stop the early closure of power plants and create long-term signals for investment in dispatchable generation.

NSW is nearly running out of electricity every 4 days.

The Australian understands the Australian Energy Market Operator has issued a record number of warnings about a lack of supply in NSW this year, at a rate of almost one every four days. The notices are issued when AEMO considers there is not enough ­capacity available in the system.

Once upon a time Australians got “capacity” for free, now we have to pay for it.

We didn’t need an Energy Security Board either.