UPDATE: New readers might find it hard to get their head around this post. Stick with me. There is a path to freedom from masks, mandatory vaccines and from Chinese bioweapons. But we must plan ahead and understand virology. Strangely, the tool no one wants to mention is Sovereign Borders.

There might have been no lockdown in Sydney (and then Melbourne, Perth, and Brisbane)  if that one Limo driver had been protected

Nobody is talking about the best way to stop lockdowns in Australia — stop the virus leaking in through shoddy quarantine in the first place. “Hard Borders”.

Odds are, we could have stopped the July lockdowns if we made sure drivers of flight crews and international arrivals weren’t put at risk. It’s not about vaccines, which reduce but don’t stop people catching the virus, it’s about a $50 type solution that stops a billion dollar lockdown.  The economy of a city of five million (and indirectly the rest of the nation) is relying on just leaky vaccines, masks and hand sanitizer when there are so many better options.

So far, thanks to one leak, 2,227 people have been infected, 10 people have died, and currently 156 people are in hospital. (In NSW). Plus four city lockdowns.

It’s almost like we want that virus to leak?

No system is perfect, but we are not even trying

To stop feeding the virus new bodies we need a gap between people, and the easiest place to put that gap is at national borders. If that gap is breached then everything gets harder. Borders go up around each state, and if that fails, the borders go around each suburb or (really) around each house.   A hazmat suit is “a border” around each person. Hypothetically, if we all wore Hazmat suits we could go from a mass national outbreak to zero in a few weeks. (Obviously the logistics are harder than that sounds. Medico’s get training and disrobe with a vigilant onlooker so they don’t make mistakes. Then again, Officeworks sell coveralls for $3.50. 😉 OK, I’m stirring… )

Obviously, it’s worth spending a lot on National borders to avoid the bonfire of money that comes with household lockdowns. Yeah?

The Sydney leak affects the whole of Australia. It spread causing lockdowns in Victoria, Queensland and Western Australia*. The Victorian latest lockdown — while better and shorter — was a border failure too. It could have been avoided with a strong state border —  then the removalists wouldn’t have brought the virus in. National borders are much easier and cheaper to get right. But there are ways to improve state borders.  Trucks could even drop containers and trailers at the border, and new cabs and drivers could  finish the trip so all drivers stay in their home state. It’s harder with smaller trucks, but we can unload them and reload them. Sure it costs more, but is a few weeks of hard state borders cheaper than a two week state lockdown? 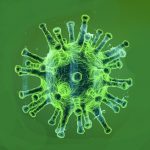 For what it’s worth, the Limo driver did all he was supposed to, feels scapegoated and traumatized. He’s not even sure he caught the virus at work. He can’t return to work either now unless he gets the Astra Zenica vaccine, even though he’s had Covid recently and has a family history of clotting disorders. He wants the Pfizer vax and has tried to get it. NSW Health announced an update to the rules, which only amount to mandating vaccines and a mask. It’s like we want more infections to leak in?

We can’t shut the borders forever

We’re buying time to watch the UK and Israeli experiments, and get data. Every month we learn more. Like that current vaccines only provide a few months of protection against catching and spreading the virus, though they appear to protect against severe disease (for now). We hope someone is collecting data on all the risks from the vaccine too (but it appears they are not). There are plenty of potential nasty surprises — like enhanced future infections (ADE), or long term autoimmune diseases. What if we vaccinate 90% of the population against the original covid variant only to find out that the antibodies it generates make reactions to the 2022 variant disease worse? That’s kinda bad to put it mildly, and hard to reverse. (Thanks and commiserations to friends in the UK, Israel and the USA for testing this out. We pray it works out well for you.)

We can’t get to zero

Maths (and Melbourne, Perth, Adelaide, Brisbane) shows we can. What goes up exponentially can go down exponentially. Get the R0 below one, and the borders shut, and zero is coming.  The lower the R0 (rate of spread), the shorter the lockdown. That’s why the worst lockdowns are the ones that keep the R0 near one and go on forever. Like Sydney at the moment.

That’s exactly why we must fix the borders. We need to build asap emergency good quarantine. The last likely CCP bioweapon leak appears to be working well for China. The next one is surely coming. What will stop it? If the West builds good quarantine and hard borders and the CCP know that no matter what they dish up, we will stop it at the border. All good Chinese bioweapons belong in China, and nowhere else.

How to make things easier for suffering border towns:

Instead of border towns getting hit with lockdowns in two states, let’s put the border checkpoint outside them to keep these twin towns as one unit and out of lockdown. The PM could ask the states to agree to a system where border towns would be temporarily assigned together, as one unit, to whichever state had the clean slate. For example, the Covid fence and checkpoint would go in north of Albury-Wodonga when the outbreak starts in Sydney, and south if the outbreak starts in Melbourne. For the duration of lockdowns, the border towns become a part of the other state’s health system.

*Did the Limo driver’s virus also cause the lockdowns in SA and NT? I’m open to suggestion…