There’s nothing to suggest the Google charity funded the Wuhan Lab, or Covid, and Google says they didn’t. But the Google charity did send money to Peter Daszek and his charity which in hindsight doesn’t seem like a good place to put money. The EcoHealth Alliance is the one that Fauci helped fund, which did send money to Wuhan. And Daszek was the guy who joined the WHO team to “investigate” the origin and tried to quash the idea that it was a lab leak. He helped author a paper on Nature that said it was natural based in nothing much last February.

So it’s an odd fish for Google to have company with. Somehow there are millions of dollars of what appears to be careless money sloshing around in the system — and being divvied up for things that the careless funders might not have thought too much about. The Big Tech companies are acting like Dictators of medium sized nations but without the accountability…

These viral studies occurred in places like Japan, the US and Malaysia. One team worked on Henipavirus, which is also a bat borne virus. Another team worked on Macacine Herpes-virus (MaHV1) which has a mortality rate in humans of >70%.

If Google has only honest intentions and wants to help — maybe it could stop censoring Doctors who have a different opinion? 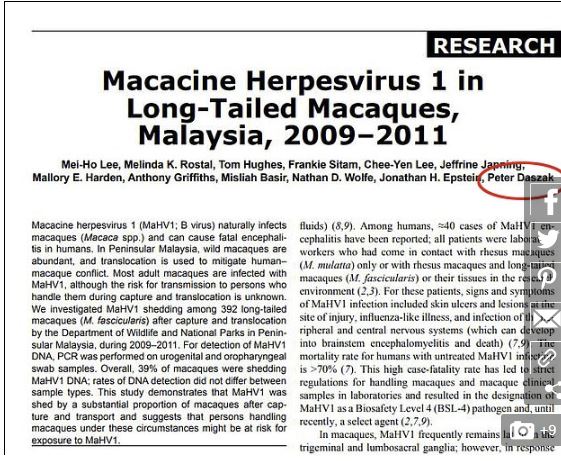 Some of this research probably needs to be done somehow. But can any one company play both a Global Medical Director, and Ruler of the Town Square?

We didn’t vote for that…