Science of Civilization Lesson #2: What’s the most deadly kind of government on Earth?

One third of millennials approve of communism, probably because they don’t know what it is:

January 2020: Poll of young Americans found 70% will “vote socialist” and half of them think communism is OK 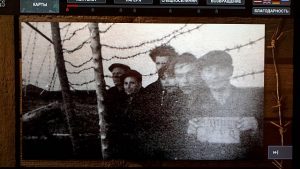 According to a poll commissioned by the Washington, D.C. area nonprofit Victims of Communism, 70 percent of Millennials say they are likely to vote for a socialist while one in three view communism favorably.

According to YouGov, 36 percent of millennials say they approve of communism. That percentage is up almost 10 percent from 2018.

Ron DeSantis, Governor of Florida, has a plan that students in his state should understand why Cubans swim to Florida more than Floridians swim to Cuba:

“We have a number of people in Florida, particularly southern Florida, who’ve escaped totalitarian regimes, who escaped communist dictatorships to be able to come to America,” Mr. DeSantis said Tuesday. “We want all students to understand. Why would somebody flee across shark-infested waters, say, leaving Cuba, to come to southern Florida? Why would somebody leave a place like Vietnam? Why would people leave these countries and risk their life to be able to come here?”

At a guess, the move is likely to unify immigrants and non-immigrants more than burning down Wendy’s does.

The survey will examine “the extent to which competing ideas and perspectives are presented” in the state universities and colleges — and seeks to find whether students, faculty and staff “feel free to express beliefs and viewpoints on campus and in the classroom,” according to the bill, the Tampa Bay Times reported.

Think of it as a scorecard for the university, with the promise of financial support for universities that pass:

But DeSantis and bill sponsor Sen. Ray Rodrigues suggested that budget cuts could be imminent if universities and colleges are found to be “indoctrinating” students.

“That’s not worth tax dollars and that’s not something that we’re going to be supporting moving forward,” DeSantis [said].

Imagine a situation where a university has an incentive to teach both sides? Spread this idea around….

Western Civilization is not dead yet.