Well here’s a surprise. A year and a half later and now we find out that Australian labs were also helping China? 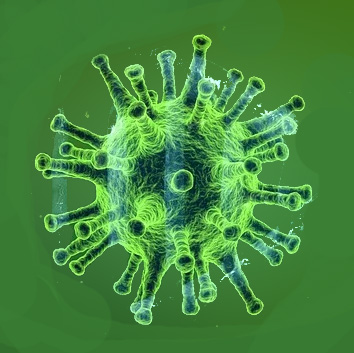 And tonight, 520 days after China shared the genetic sequence of SARS-2, Australian scientists are suddenly very concerned about how Australia might still be doing gain-of-function work with viruses? Minister Greg Hunt is asking for a “review” of gain-of-function research in Australia? Did he even know?

It’s amazing what the power of a good reporter can achieve. Hail Sharri Markson and The Australian.

For 500 long pandemic days some publicly funded scientists had millions of reasons apparently, not to talk about how the virus might have been a lab leak.  These public servants may have been publicly scoffing at the idea the virus may have leaked from a lab,  but they didn’t think to mention that they’d worked with bats, and gain-of-function viruses and even the Wuhan lab itself?

They were ethically bound to speak up. Did they say nothing, or did they talk to Morrison and Hunt in private? After which, given the government’s role, possibly none of them wanted to let that bat out of the bag?

Public trust in these institutions might be about to dive…

The CSIRO has even been forced to correct itself. Somehow it didn’t tell the whole truth and nothing but the truth to the Senate Estimates Hearing.

The CSIRO has been forced to correct evidence it gave at a Senate estimates hearing after initially denying its researchers had undertaken work on live bats with the Wuhan Institute of Virology, the lab at the centre of growing international concern it was the source of Covid-19. CSIRO chief operating officer Judi Zielke admitted the organisation had “undertaken research on bats previously”.

“Australian Centre for Disease Preparedness did undertake research on bats in collaboration with the Wuhan Institute of Virology in 2016-17,” Ms Zielke said.

Under questioning from ­Nationals senator Matt Canavan on June 3, the CSIRO initially gave evidence that it “does not undertake research on live bats at ACDP”. However, Senator Canavan later presented the CSIRO with an excerpt from a scientific paper written in conjunction with the Wuhan lab stating: “Wild caught P Alecto bats were trapped in Southern Queensland, Australia, and transported alive by air to the Australian Animal Health Laboratory in Victoria, where they were euthanised for dissection.”

And this research helped us, how?

The CSIRO and the Wuhan Institute of Virology collaborated on several projects on bats’ antiviral immunity in 2011. The purpose of a study was to understand why bats remained asymptomatic to viral infection that was capable of spillover to other susceptible mammals “with lethal consequences”.

Indeed, the ten projects were spread over ten years but one researcher at the University of Queensland was involved with that Wuhan Institute of …”Bioweapons” itself  as recently as August last year. US intelligence had already warned the whole pandemic might be due to a lab leak, and yet Dr Hume Field was working with the very same Professor Shi (the Batwoman) and Peter Daszek (the Fauci favorite). Dr Field is an advisor to the infamous “EcoHealth Alliance”.

Something about the way we fund our scientists is seriously screwed.

Professor MacIntyre said there needed to be more community consultation on this research.