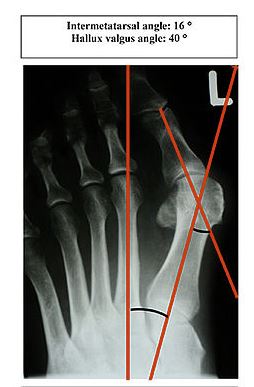 Believe it or not, Medieval shoes tell us something important about modern civilization. The hyper-gregarious Homo Sapiens might be able to walk on the moon, but ultimately a large proportion of the species just want to climb the social ladder. And the smarter, higher order sapiens might paradoxically be willing to pay the most stupid price.

In this case, being “progressive” in the 14th Century meant wearing pointy shoes that left 4 out of 10 people buried at the friary with bent and sometimes broken bones. Bunions make it harder to balance so they increase the risk of falls.  The undeniable benefits of scoring social fashion points were apparently worth spending decades distorting foot bones. Before you dismiss this as a teenage girly thing, ponder that two thirds of the victims were men.

The social competition to have the pointiest shoes became so dangerous that in 1463 King Edward IV passed a law declaring toe-points had to be 2 inches or less within London.

The pointy shoe fashion bubble has struck all over the world: Japan, China, Sweden, Turkey and even in the 20th Century. The horned statue to the left is from the near East circa 3000 BC.

In the battle of stupid fashion trends the best weapon is free speech. If the King makes pointy shoes an employment criterion, even smart men who know the price will still pay it to get the girls and the goodies for their offspring. It’s a cold cost-benefit calculation, not a religion.

It’s quickly cured if the court jester can mock the King. Once the price is named out loud the race is over, and all the contestants lose.

Suffering for fashion is nothing new. Researchers in Britain have unearthed new evidence that stylish pointed shoes caused a “plague” of bunions in the late medieval period.

Researchers inspected foot bones for the bump by the big toe that is the hallmark of hallux valgus, known to millions of sufferers as bunions.

They found that those buried in the town center, particularly in plots for wealthier citizens and clergy, were much more likely to have had bunions.

Only 3% of the rural cemetery showed signs of bunions, 10% of the parish graveyard, 23% of those on the hospital site and 43% of those at the friary.

While just 6% of individuals buried between the 11th and 13th centuries had evidence of bunions, 27% of those from the 14th and 15th centuries were hobbled by the affliction.

In the 13th and 14th centuries, it was increasingly common for those in clerical orders in Britain to wear stylish clothes — a cause for concern among high-ranking church officials, Mitchell noted.

Across late medieval society, the pointiness of shoes became so extreme that in 1463 King Edward IV passed a law limiting toe-point length to less than 2 inches within London.

The majority of remains with signs of bunions in the study, 20 of 31, were male.

Lead author Jenna Dittmar, who conducted the work while at Cambridge, also found that skeletal remains with hallux valgus were more likely to show signs of fractures that usually result from a fall.

“Modern clinical research on patients with hallux valgus has shown that the deformity makes it harder to balance, and increases the risk of falls in older people,” Dittmar said in the release. “This would explain the higher number of healed broken bones we found in medieval skeletons with this condition.”

The paper appears in the June 10 issue of the International Journal of Paleopathology.