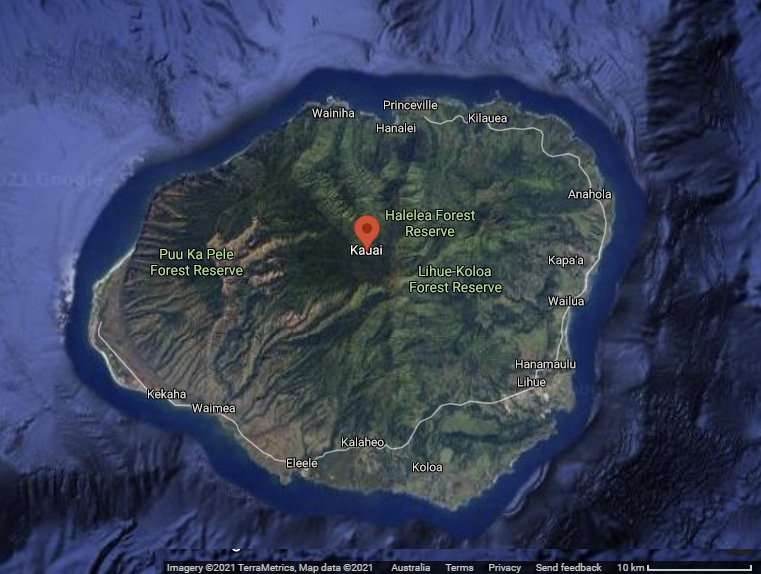 Mark Zuckerberg, the Facebook chief who deletes people to save The Earth, is also apparently working on owning a Hawaiian island by suing the hapless natives who were in the way. His holiday house on Kauai Island is apparently worth $80 million, is 57,000 square feet, and has 8 bedrooms and nine baths.

The Big Tech billionaire and wife Priscilla Chan snatched up 600 additional acres on the island of Kauai — and an existing online petition demanding that Zuckerberg stop “colonizing” the Aloha State is now well over 1 million signatures as of Saturday.

The pair purchased the land for $53 million from the local nonprofit Waioli Corp., according to Pacific Business News.

The couple now owns more than 1,300 acres on Kauai, known as the “Garden Island” for its extensive tropical rainforests.

The online petition, with 1,014,219 signatures, says, “Mark Zuckerberg is the sixth richest man in the world … and he is suing Native Hawaiians in Kauai for their land so he can build a mansion. He’s building a mansion to do what? Live in Kauai for two months out of the year? This is inhuman.”

Any normal billionaire, doing things like that, might find a HLM protest on his doorstep — burning down the guardhouse and butlers quarters and shouting “privileged”. Instead, the nastier Zuckerberg is to skeptics of climate change, the more the progressive left need him, no matter what Woke crimes he is guilty of.

It doesn’t matter how many private jet trips he takes, if he’s useful to the other parasitic power climbers, who cares?

In 2015, he was generously joining “The Breakthrough Energy Coalition”, and was committed to using his wealth to “invest in clean energy companies”. So the worlds sixth richest man who holds a vested interest in renewable energy is also man in charge of what people are allowed to say in the public square. What could possibly go wrong?

Facebook is investing in giant solar farms in Texas.

I’m sure he won’t mind if critics on Facebook want to bag out solar power and campaign to get rid of subsidies for it.

We’d never let a Government Minister have that much power.