It’s all a charade. The news was no news. A group of countries that mostly don’t fund coal plants overseas agreed to keep not doing it. And Japan and Korea, who had already said they were phasing out their programs in 2016, said they would keep phasing it out.

This abdication of global charity leaves the path clear for the largest funder of foreign coal plants, the Chinese Communist Party. China can win even more favours and UN votes by being the only supplier of coal fired assistance to a desperate third world. That’ll suit President Xi.  He thanks the G7 patsies who limit their gifts to dinky unreliable solar panels and wind towers. Ten or twenty years from now, those gifts will be so much landfill. The coal plants will power on.

This was another nothingness press release just to look like a “win”, like progress was happening, and to give irrelevant former PMs a chance to grandstand. And the ABC and SBS bored us with another advert for Green-Fantasy-Island and didn’t mention that this was largely a repeat of a 5 year old agreement. Nor did they mention that  China is the largest funder of foreign coal, and it’s going to keep doing that.

Environment and climate leaders from Group of Seven (G-7) countries, made up of several advanced economies, said Friday that they will aim to put restrictions on funding for international power produced from coal.

The officials from the U.S., United Kingdom, Canada, France, Germany, Italy and Japan also reaffirmed their country’s 2016 commitment to phase out “inefficient” fossil fuel subsidies by 2025.

The “news” was just a form of advertising

Given who benefits from the big non-announcement, it would be good foreign policy if the CCP were funding the likes of Greenpeace and co, or sending some “1000 talents” professors to help the IEA. Maybe someone should look?

China is not even pretending to feel pressured or follow suit. This is China a month ago:

Why China Is the Odd Man Out on Overseas Coal Financing

President Xi Jinping reiterated at the summit that ecological cooperation is a key aspect of China’s Belt and Road Initiative—China made no promises to end coal financing abroad, even as Japan and South Korea, the second and third largest financiers of overseas coal power plants, take ambitious steps to stop funding overseas coal plants…

Indeed, China is working directly against the Paris accord, flagrantly, openly, on a massive scale, and the coal plants it is providing are not even the cleaner sort:

China’s Belt and Road Initiative is a colossal infrastructure plan that could transform the economies of nations around the world. But with its focus on coal-fired power plants, the effort could obliterate any chance of reducing emissions and tip the world into catastrophic climate change.

*Only* 70 nations have signed the Belt and Road program:

China has over ten gigawatts of overseas coal power in the pipeline, and the central government has indicated coal will continue to be a part of the country’s overseas financing strategy for the foreseeable future. Chinese officials claim the country’s foreign direct investment and development financing for coal are simply meeting the demands of other countries. Yet comparing China’s financing side by side with Japan and South Korea, China has been willing to fund coal-fired power plants that use less efficient, higher-emissions technologies, even within countries that have also received Japanese and South Korean financing. 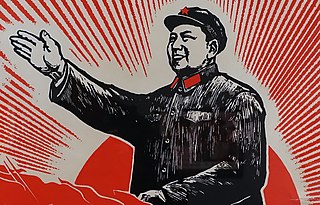 Do we forgive China for this intransigence because it’s a developing country?  How does that work? It’s like they’re too poor to cut coal power at home, which means they have to build it in Africa?

Meanwhile the advert meant a former PM and father to a hedge-fund-manager known-to-invest-in-renewables, got prime time publicity to lecture us on how far we are behind the rest of the world, despite that Australia doesn’t fund coal overseas either, and we’ve cut emissions per capita more than nearly anywhere on Earth.

The public broadcaster is just an advertiser for whatever policy journalists want to see forced on the people that pay their salary:

Australia accused of being ‘out-of-step’ on climate

Former prime minister Malcolm Turnbull has warned that Australia is more “out-of-step” with its allies than ever on the issue of climate change after G7 countries agreed to stop international funding for coal-fired power.

The world’s seven largest advanced economies agreed on Friday to stop international financing of coal projects that emit carbon by the end of this year, and phase out such support for all fossil fuels, to meet globally agreed climate change targets.

“I cannot recall Australia ever being so out-of-step with our friends and allies as we are today on climate,” he tweeted.

Time we built coal plants for the third world, starting with Australia.

Power Shift: New Report on International Coal vs. RE Finance (2017)