Ben Davidson speaks from Spaceweathernews.com and claims that there was a short sharp geomagnetic storm over the East Coast of Australia around the time the Queensland Callide Power plant exploded.

The CME that flew past Earth didn’t do much around the world,  causing a small 1% deviation in magnetometers. But there was a burst of activity in the Southern Hemisphere that appears to have hit the east coast of Australia. Magnetometers there saw a 300 – 500% change* between noon and 3pm on the same day as the Callide Coal Power Plant blew up. The explosion happened at 1.44pm and the 275 kV transmission lines tripped at 2:06pm.

*(UPDATE: There is some contention in comments about the Australian DST figures — we’re they really that high or unusual? I’ll update the post when I can confirm it either way).

We don’t know if this tipped something over the edge at Callide, but the timing is highly coincidental. If Earth’s magnetic field is weakening it would seem urgent, to say the least, to understand the risks these spaceweather events pose to our critical infrastructure.

Perhaps an engineer who knows the design of (hydrogen cooled) supercritical coal reactors might be able to explain if or how a geomagnetic storm might contribute to an explosion, or even if that is possible? 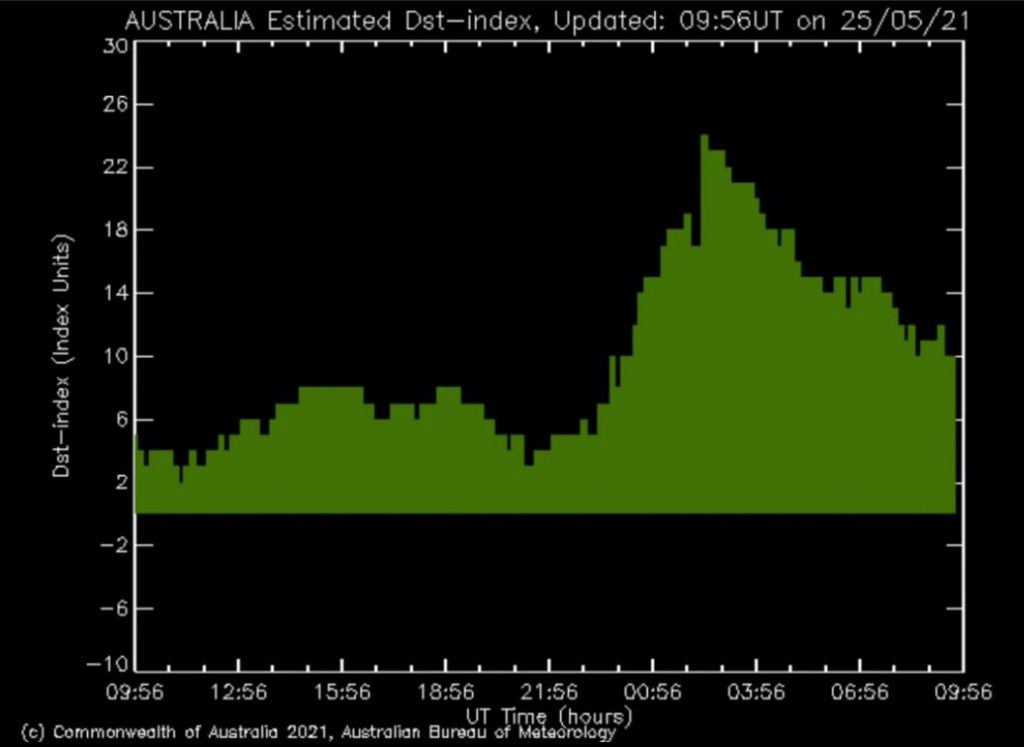 Australia, Estimated AusDst-index, Bureau of Meteorology.  “The Dst-index was derived to quantify the decrease in the geomagnetic field H-component observed during the main phase of magnetic storms produced mainly by the equatorial current system in the magnetosphere referred to as the ring current.”

Davidson mentions a paper by Wang that suggests that geomagnetically induced currents (GIC) pose a risk to power stations and grids. At the moment things are quite active over Australia and New Zealand. 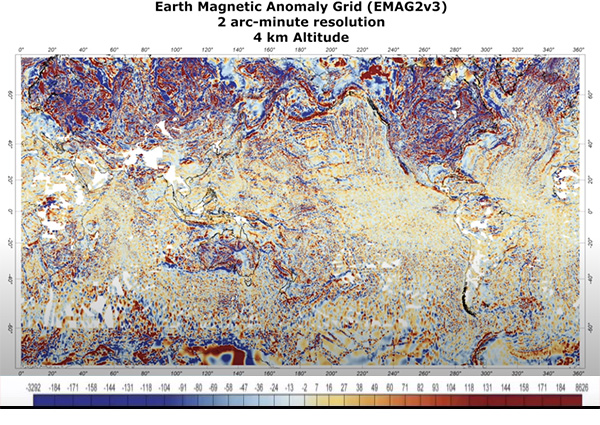 Geomagnetic map of the world showing activity over Australia and New Zealand.

From the NOAA page on EMAG2

EMAG2 is compiled from satellite, ship, and airborne magnetic measurements. Magnetic anomalies result from geologic features enhancing or depressing the local magnetic field. These maps increase knowledge of subsurface structure and composition of the Earth’s crust.”

Ben Davidson  talks about Australia from 35 seconds to 1:45

If anyone has a spare copy of  The Weathermans Guide to the Sun I’d love to read it. I would especially appreciate a print copy if anyone would like to donate one? Please email me joanne At this domain, or message in comments. Thank you! (They’re $65).

UPDATE: Consensus is “probably not”

One of the better summaries was sent in an email. Thanks to Greg:

Did a solar flare blowup the Callide power station? In short, no. The evidence is too localised and the latitude is too low.

It is true that the vertical component of a rapidly changing magnetic field can induce strong currents to cycle around electric power network loops. Normally the loops in a power grid are closed by a transformer, which only lets through the intended 50 Hz or 60 Hz. Lower frequencies have higher resistances, so if a sufficiently high voltage of low-frequency has been induced, an unprotected transformer overheats and may explode.

Solar eruptions send out vortices of plasma containing strong magnetic fields. When they happen to hit Earth’s magnetic field, the disturbances are most likely to reach the ground in polar regions where the earth’s magnetic field is most vertical. Thus they are far more threat to Canada’s power supply than Australia’s. In 1968 I was processing the hour-by-hour geomagnetic records from stations in Australia and Antarctica – and only saw significant magnetic storms in Antarctica.

I suspect that all transformers would be supplied with a low-frequency bypass to protect them. Power lines themselves routinely have lightning jumps in them. We see them on cable supports on occasional power poles, a pair of metal points separated by a gap of several centimetres. Although these may be sufficient to short out lightning strikes, they couldn’t completely drain an induced power surge, because the soil under the power poles is suffering the same induction.

The most powerful solar flares recorded to hit Earth was the so-called Carrington Event of 1859, which burnt out many telegraph readers worldwide. Doomsayers predict that the next time we are hit by a flare of that magnitude, the world’s power grids will all fail, leaving us in the cold and darkness until replacement transformers are built and installed. But heck, now what would they know that grid designers don’t?