Things are turning around in India — starting within days of increasing the use of Ivermectin again.

But where is the media? Who is reporting that the turnaround in some states of India has started within a couple of weeks of the expanded use of Ivermectin — the 50 cent old drug that has been used for 3.7 billion prescriptions worldwide, given to children to treat headlice, scabies and worms and is used by the ton on cattle and sheep farms.

Hallalujah? Or read and weep — how much of the ghastly debacle could have been stopped before it even started? 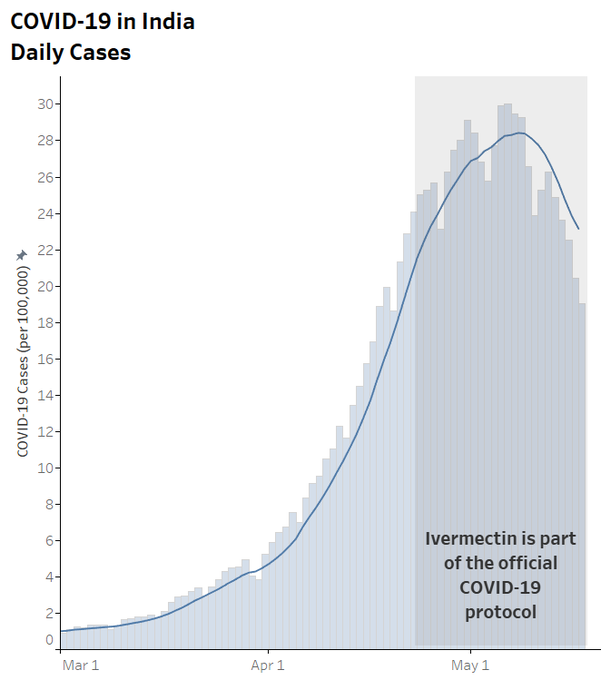 On April 20th, New Dehli, AIIMs reccommended Ivermectin be added to the take home care package. So people getting tested would be able to start early treatment. 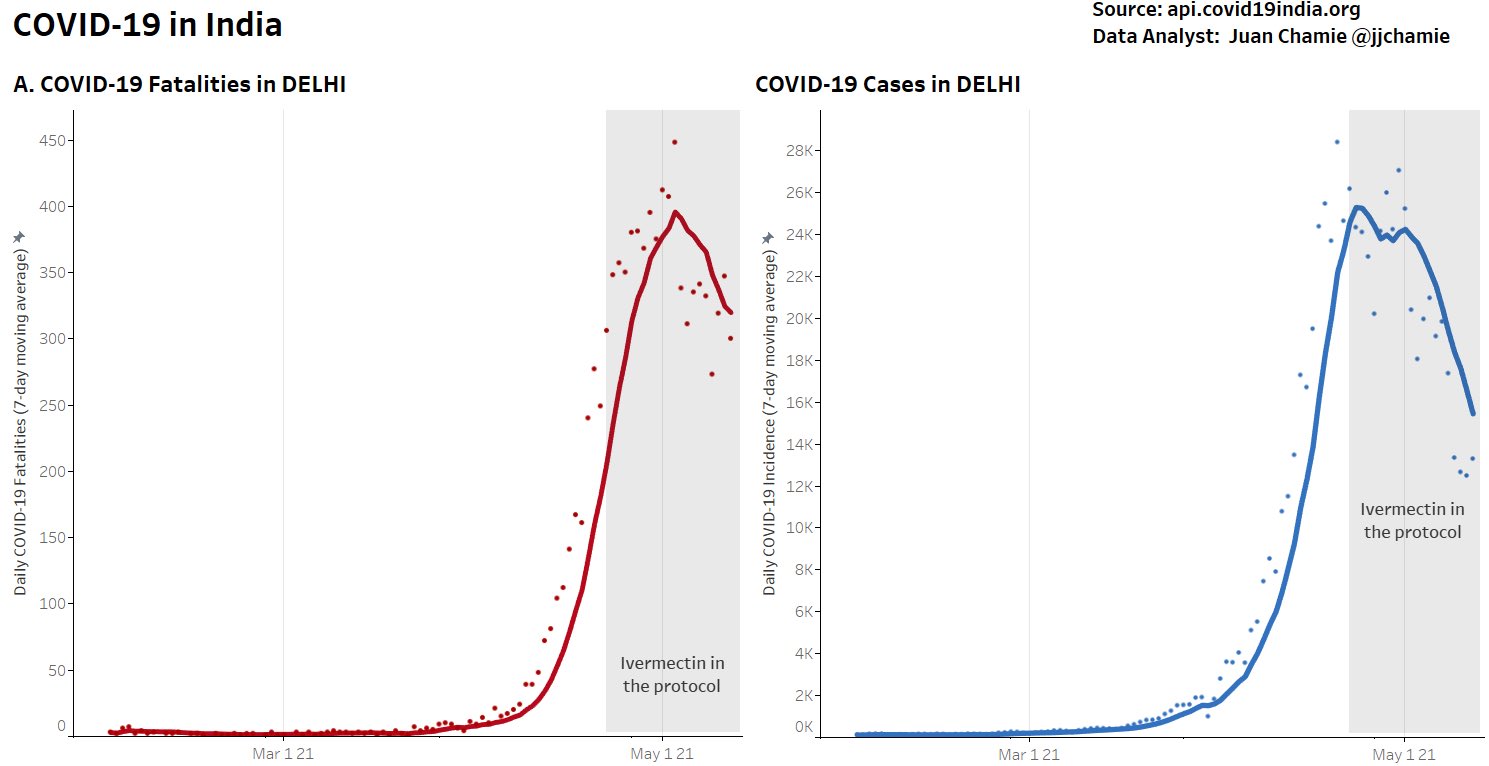 On May 10th the Health Minister for Goa recommended the use of Ivermectin in Goa. Indeed, he offered it to the entire adult population.

The next day, the WHO, ever so helpfully, warned against the use of Ivermectin in India. 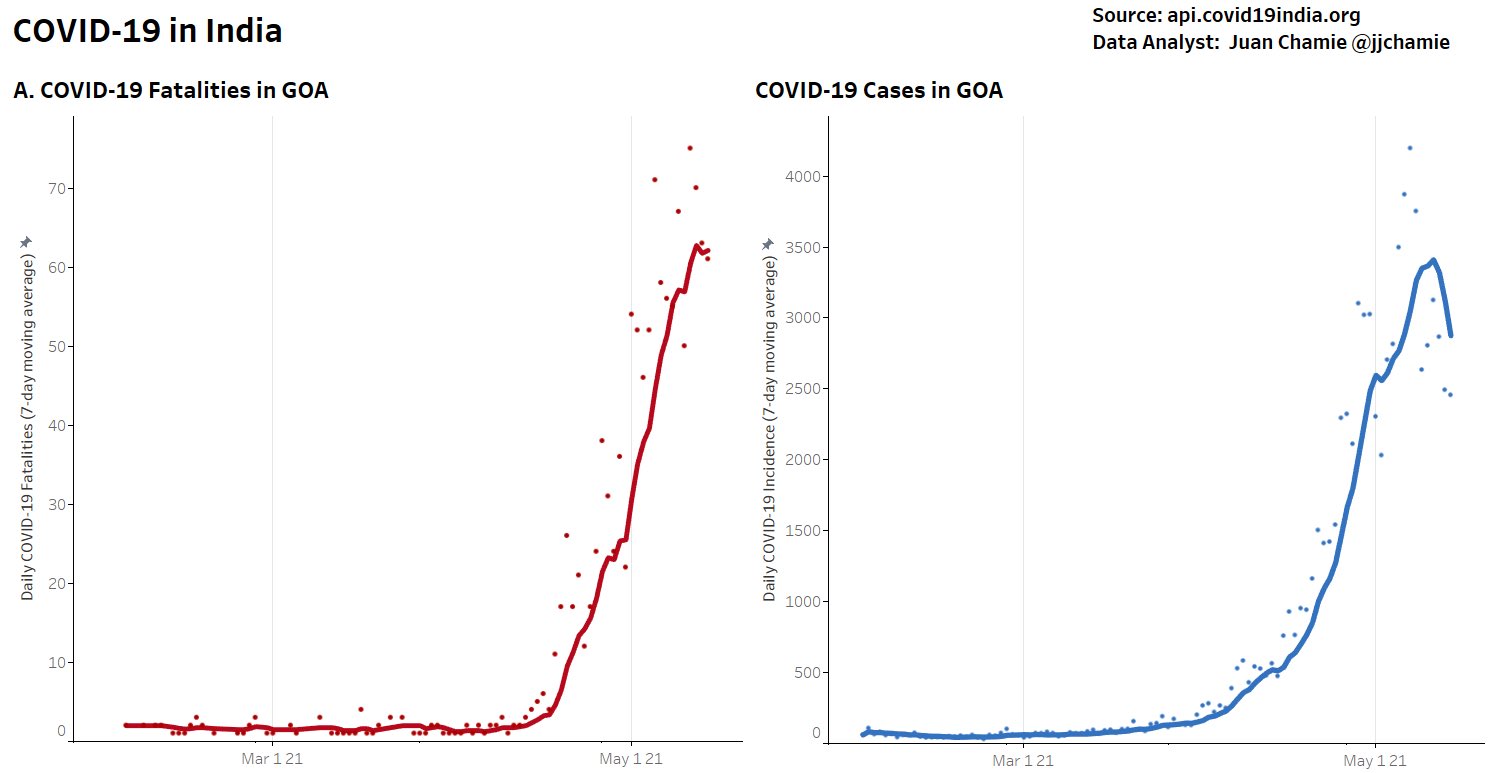 Sadly Tamil Nadu is going the other way, they used Ivermectin for three days, then stopped it, and bought up Remdesivir instead (a Gilead drug that costs around $3000 a patient.) Still, it’s handy to have a control group.

Shame the people of Tamil Nadu are part of the experiment. Hard to believe the Chief Minister in Goa is M K Stalin. 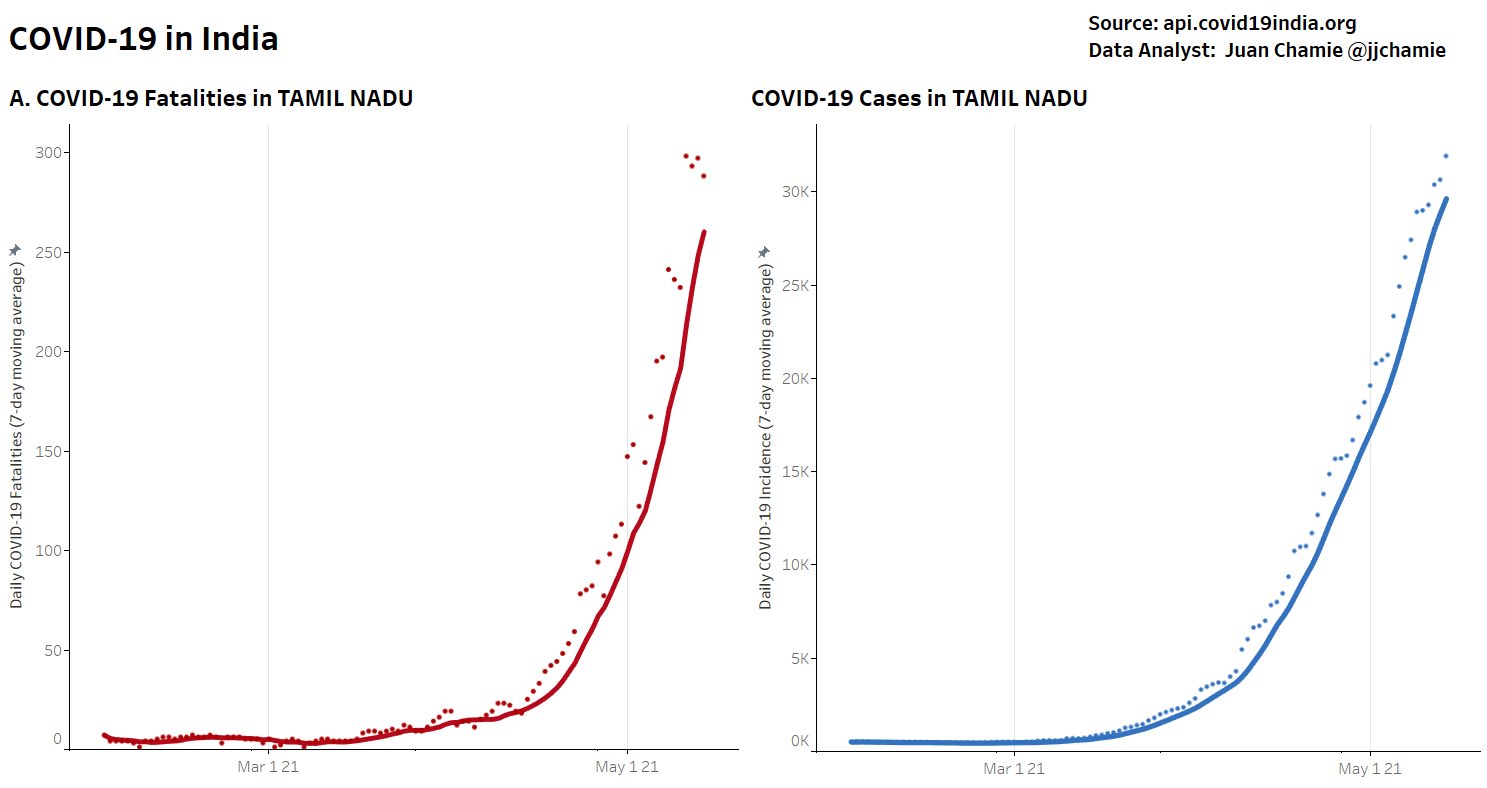 Twenty thousand doses of Remdesivir cost 60 million dollars, while 20,000 doses of Ivermectin go for a few hundred. Where is a developing country getting the 60 million dollars a day to purchase the Remdesivir? Why is their leader throwing away a cheap drug, Ivermectin, that has saved lives in other countries?

There are claims that the use of the drug stalled in January, but very little official confirmation.

Could the media get the situation more wrong?

Back on April 28th at the peak of new cases in India the geniuses on Business Insider said it was the perfect storm for India and blamed, among other things, the slow roll out of the vaccine.  Nameless experts even blamed Ivermectin.

Experts said some doctors in India have – whether due to a lack of training or sheer desperation – tried administering medications that don’t work against the virus, like ivermectin, a prescription used to treat parasitic infections.

“I’ve heard stories of people getting three, four, five, six meds prescribed to them, medications that have not been shown to be effective at all,” Kuppalli said. “I think people are just grasping for straws and that just adds to the chaos and the anxiety.”

The message from one doctor in India:

In Peru, Ivermectin cut covid deaths by 75% in 6 weeks: cheap, safe and quite ignored

Ivermectin is a drug so useful early researchers got a Nobel Prize in Medicine for work on it. It’s so well known that in the last thirty years more than 3.7 billion doses of Ivermectin have been given out. It’s so safe we can use it on cats and dogs and even toddlers. It’s dirt cheap and its use in Ag-science is measured in tonnes. The cost of Ivermectin is around 15c in the third world, and $50 for one round for a human in New York.  (It’s a lot cheaper than a $5000 a day ICU bed.)