The Guardian is a study in delusional arrogance. Consider this weeks headline pronouncement from the anonymous “Guardian Staff”:

“The climate emergency is here. The media needs to act like it” 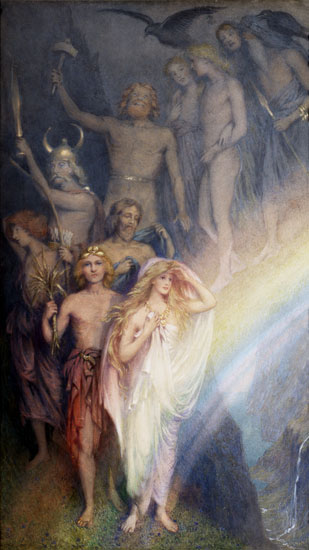 Wrapped in so few words — ponder the vainglorious conceit embodied in such a headline. One, that Guardian “staff” are the judge and jury of a complex science, that they can prophesy the future climate, choose which experts are right, and feel that they know more than the Nobel Prize winning physicists, atmospheric chemists and professors of climate who disagree. Two, that “the media” are supposed to save the world from their own decreed emergency by making policy pronouncements, silencing opponents, and overriding elected officials. Three, that they unfailingly know what’s best for the stupid voting masses.

What the media needs is to eat humble pie and start doing their jobs.

If they were only smart enough to recognize their own failings they might start investigating the issues of the day with an open mind, serious questions, and report the smartest arguments made by the most informed commentators on all sides of the issues that matter.

These are our Upperclass wannabee rulers

How stupid must they think the rest of humanity. Oh, if only the unwashed had the vision of the self-annointed Genius Guardian rulers. Did any of these writers even pass double maths in high school?

Not for the Guardian writers the tough road of appealing to voters, listening to other points of view, studying the numbers, the costs or the physics. Instead, they want the seductive easy road to being rulers. This is the cry from the 120-IQ’ers, smarter than average, but too stupid to know how little they know. Too arrogant to listen to maths nerds or engineers. And too bigoted and intolerant to listen to the workers and consider their point of view.

The Guardian editors are the mediocre wordsmiths who were fooled by a fashion trend. Now, those who have forgotten what “the media” is even supposed to do, think they can tell the rest of their profession how to do their jobs.

Glory be! Lordy — The Guardian speaks for Planet Earth itself:

Ahead of Earth Day, the Guardian is partnering with newsrooms around the world in a joint initiative calling on journalists to treat the climate crisis like the emergency [we Arts grads think] it is.

When the world shut down last year, there was one big beneficiary: the planet.

We are in an emergency. California is on the brink of drought, prompting fears of a new wave of devastating megafires later this year. Rising temperatures could soon make the planet’s tropical regions unlivable for humans.

And they might understand that temperatures in the tropics are limited by the giant evaporative air conditioner that keeps tropical oceans at 30 – 32C. The tropics won’t get hotter in a warming world, the warm humid conditions will just spread further into the temperate zones. More coral reef, more rainforest! The tragedy…

The only thing they “investigate” is whether other people are following their own decrees on Planet-management:

Yet a Guardian investigation recently found that only a small number of major countries have been pumping rescue funds into a low-carbon future.

Maybe people aren’t buying the Guardian dictats because the “low-carbon” future The Guardian imagines is a barren impoverished wasteland of futile hopium which benefits no one but the self-serving corporates which offer these expensive solutions to problems that don’t exist? Could be…

Yet they imagine they are “setting trends in language”. Spin doctors unite:

Two years ago, the Guardian announced it was changing the language it uses to talk about the environment, eschewing terms like “climate change” for the more appropriately urgent “climate emergency”. Today, we are joined by others in the news industry, organizations that recognize that a global catastrophe is already here, and that without immediate action, it will get unimaginably worse.

Thus verily and Lo! The Guardian hath forecast doom and the richest most bountiful time in human history “is a catastrophe”. An Emergency!

With more food available to the human species than has ever been made and fewer people per capita dying of natural disasters than at any point in the last hundred thousand years, the only “emergency” is the destruction of English and history.

The real question here is why even a slice of the population pay to read this arrogant voodoo. And it might be that it fills a spiritual void, giving the rich and listless “a purpose” and a cheap way to salve their guilt. Or it might just be that The Guardian is selling a fashionable social drink people use to pump themselves up the pecking order.