Here’s the next iconic graph in the climate non-debate.

It’s just another day in the continuing failure of climate models. In 68 simulations the climate experts repeatedly discover how a fantasy Earth was warmed twice as fast as the real Earth has.

The skillless failure of these models is obvious but it works as modern art.

The angry birds of confirmation bias lifted off in 1998 and haven’t landed on anything real for twenty years.

We paid researchers to find a crisis and we got what we paid for: 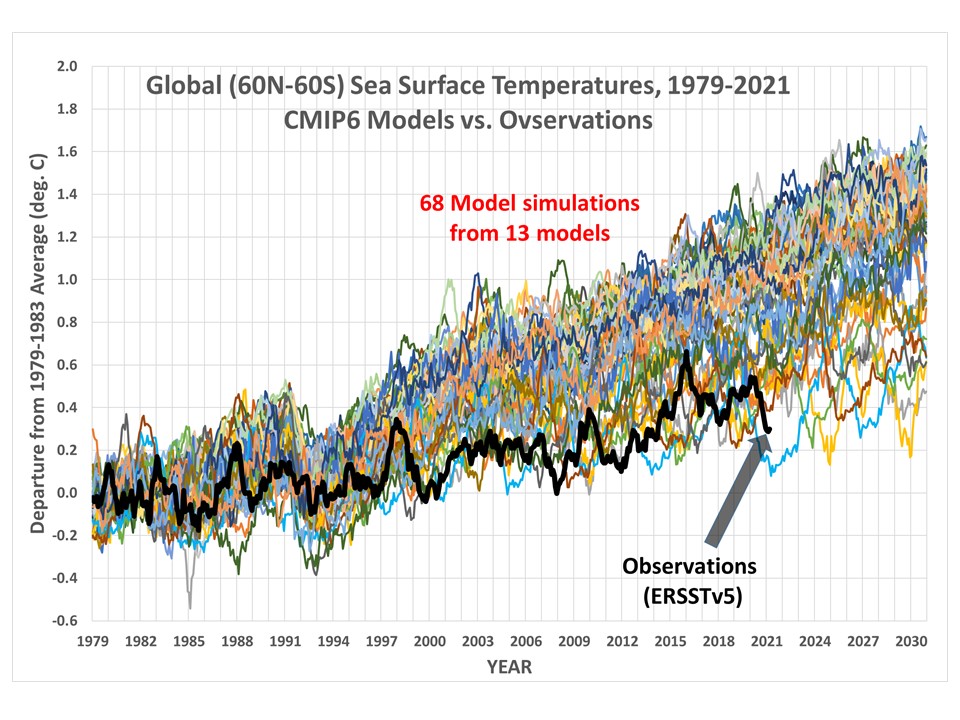 Many thanks to the great legendary Roy Spencer for his exemplary work at Royspencer.com

The Black line is the ERSST — The Extended Reconstructed Sea Surface Temperature data (the floating ARGO buoys, Hadley, and other acronyms.)

The models appear to have been retuned lately so that some of the coolest model runs barely include reality. It probably avoids more awkward questions.