How many Australian houses are covered in the trappings of slave labor? The EU has discovered some ethical rats inhabit their roofs. 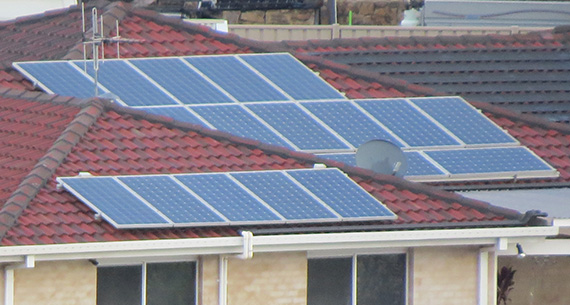 Tim Blair spots some  turbo-powered hypocrisy among those that normally lecture the rest of us on ethical consumerism.

Ethically-sourced food, clothing, coffee and even magical healing crystals are a big draw to concerned green types, who profess to worry deeply about the origin of anything they buy.

But the same types aren’t too fussed over the origins of their holy solar panels.

Indeed. Awkward news came out last month that “Nearly every solar power panel sold in the European Union has its origins in China’s oppressed Xinjiang region.”

Panels include components produced in the Chinese region of Xinjiang, where there are concerns about forced labor camps for Muslim minorities, including Uighurs.

The solar industry and Brussels lawmakers argue Europe’s renewable energy push should not come at a human cost amid long-standing international concern over reports China has detained 1 million people with Muslim backgrounds in camps in Xinjiang and is putting them to work.

Solar power uses slaves from every side

If only solar power was competitive — we could afford to pay real workers in real factories, and say No thanks to subsidies — and still get cheap electricity at the end of it.

Paul Homewood points out that the top ten solar panel makers are corporations in China, China, China, Canada, China, China, China, US, Germany and Taiwan. Even Canadian manufacturing relies on plants in Asia or Latin America and Panasonic has abandoned it’s solar factories in Malaysia and Japan. Who can compete with forced labor? 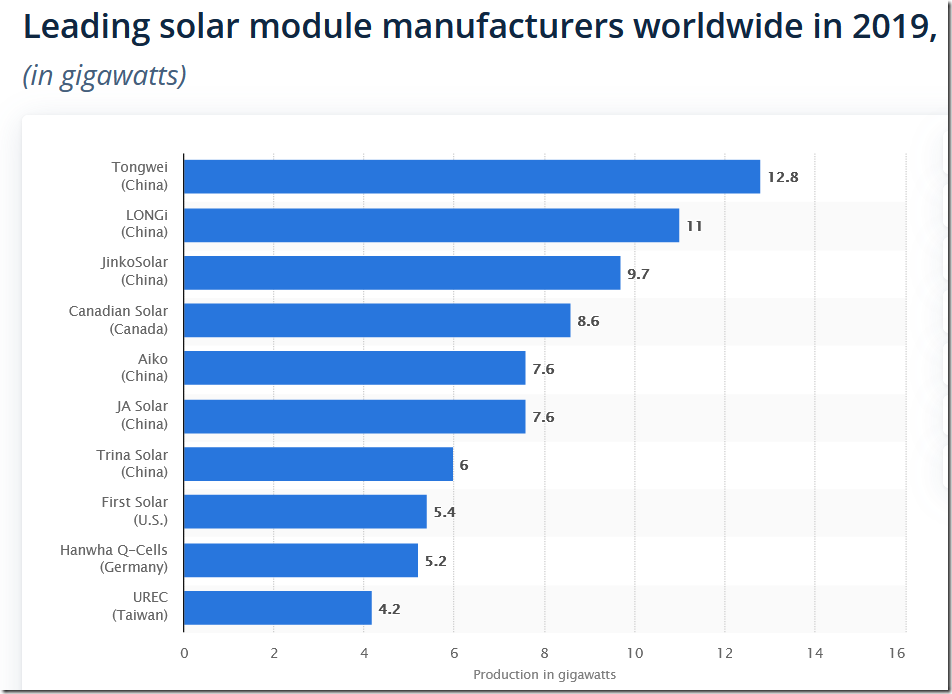 Homewood sums up the Catch-22:

Naturally, potential solar panel manufacturers in Europe would like to see punitive tariffs, but this would drastically impact on costs, destroying the idea that solar power is competitive.

My guess is that, despite protests from MEPs, little will change, and a blind eye will be turned just as with the new Russian gas pipeline to Germany. And all for what? Solar power in the EU only accounts for 1.8% of primary energy consumption.

Greenpeace says Climate Change is a Human Rights issue right up until it isn’t.  It’s really an economic issue isn’t it?

More money for Greens and their friends.