There are lessons for conservatives from this eclectic election in the most isolated state on Earth. It was historic, epic, and “A complete and utter landslide“. And the message is “borders”. Remember “Build the Wall?” Conservatives all around the world seem to have forgotten the power and appeal of being able to control who and which viridae, come across the border. If the Democrats in the US fortified the wall, they might not have to fortify election results. 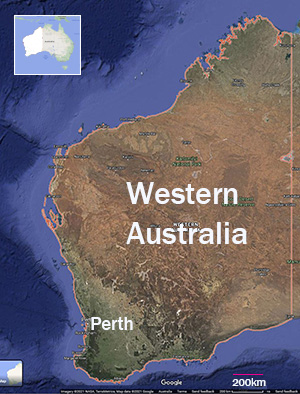 The election Saturday was a wipeout of legendary proportions among democracies anywhere. Only four years ago, the Liberals (conservatives, theoretically) were the ruling party in Western Australia.  Today they hold but two, as in one plus one, seats in the lower house of the WA Parliament, out of 59. They may win 3. The Labor Party took 58% of the first preference votes (that’s almost unheard of). Labor will take the Upper House too. See: WA Election Results. Things are so extreme, the talk now is how the Parliament is not big enough to hold the Labor M.P.’s. The rooms are just not designed for one party having almost all the members.

The Labor leader, Mark McGowan, is no Rhodes scholar or Cary Grant. There are no stirring speeches, but he’s wildly popular, by mostly just for standing up for the state. The Labor Party WA is an old fashioned centrist type player. So un-progressively neutrally-woke that when the (ahem, right wing) Liberals recklessly talked about removing all coal power in… f.o.u.r… (4!) years, McGowan said it was too fast, renewables were too unreliable and electricity bills would rise. Did I say centrist?

Firstly, secondly and thirdly, it was about borders

Make no mistake, there was only one issue in this election which was a 90 percenter, and that was the two week mandatory quarantine — the hard borders. They worked brilliantly (at least for people on the inside of them). To be fair, Western Australia has a land border which is 1,800 kilometers long  — but with a million square kilometers of desert, there are only two bitumen roads across the entire length. If WA couldn’t close the border, who could?

So Western Australians have lived the last year like Covid didn’t exist and loved it. (Wishing our friends could too). Closing the borders was hugely successful, wildly popular, and the Liberal (conservative) party opposed it all the way, and they lost the election months ago, and everyone knew it.

For months on end, the voters universally sent the message, that they didn’t want Covid, or lockdowns, or any of that. McGowan reached stratospheric popularity — in the order of 90% approval. At one point in polls — as many as 95% of WA voters approved of the border closure. When, in any democracy, on any question do we get such a unanimous decision? Even Apple Pie would struggle.

It’s worth noting that this was popular among young voters: despite not being at much risk from the virus, the young wanted the borders closed even more than older voters in WA did — probably because their jobs in the service industries of restaurants and pubs were so at risk from lockdowns. And thus with no virus and no lockdowns, the open economy boomed, the stadiums had crowds of thousands, the nightclubs danced, and the weddings rolled on. We could visit our older folk in aged care homes without a second thought. The only exceptions to the happy list were some tourism operators and the poor sods caught outside the state trying to get back in. A problem that is still a blight. What does it mean to be a citizen if you can’t come home?

Not a bad river to play on. Matilda Bay, WA.

But even many of the hapless tourism operators ended up happy. Western Australians were prolific long distance travellers before Covid, but after Covid, many of them finally toured the distant corners of their own state for the first time, and the roads were packed with caravans. Local flights were busier than before.

The Liberal state opposition in WA, and the federal government Liberals in WA too, consistently took the side of other states, including backing Clive Palmer and his High Court case against WA. Go figure. It was like they wanted to lose. And it will hurt them federally too. Which WA Liberal Senator or member spoke for WA? As far as I can tell, they all represented the Liberal Party, not the people. They got what they deserved.

… the single biggest factor in the history-making victory was McGowan’s steadfast defence of WA’s right to close its border to keep coronavirus out of the State. He resisted pressure from Prime Minister Scott Morrison, defeated Clive Palmer in the Federal and High courts, waged a war of words with his NSW counterpart and watched the WA Liberals implode spectacularly when they misread public sentiment. — Peter Law, The West Australian

Once upon a time, conservative parties were the ones which spoke of sovereign borders, but when it came to the cheapest and most obvious way to stop a potential Sino bioweapon, to prevent debilitating lockdowns and loss of individual liberties, mortality, hospital surges, long term unknowable health problems — most conservative parties missed best chance they’ve ever had to argue for strong borders. And they are still missing it.

Western Australia is an extreme example, but this was an extreme result. Border control is a tougher pill when the economy is built on tourism instead of iron ore sales to China (which need to diversify). It’s awful when families are split. It’s tough when there are border towns  — but there must be a better way to manage them than a state wall through the middle — why not draft a federal agreement that the twin towns are automatically temporarily moved to the care of the state without an outbreak?). But the next virus is coming. Giving up the trips to Bali was a small price to pay to avoid doing lockdowns and to avoid potential long debilitation.

Speaking of which: What’s a lockdown with no border control? At best, inefficient. At worst, sabotage.

It’s a personality thing as well as a medical thing. Right wing entrepreneurs might be happy taking risks, but the democratic masses are clearly not, no matter how hard the risk takers try to convince them. And until widespread anti-viral cocktails make this treatable (which means getting past the gatekeepers), or SARS-2 evolves into something more like the flu, the cheapest easiest way to make both the risk takers and the masses happy (ie. democracy) is to keep unknown epidemics in their country of origin. i.e. All Chinese bioweapons should stay in China.

Though, of course, no matter which lab or cave generates the next one, the problem code could pop up anywhere, not necessarily just at a wet market next to a lab. The best time to close borders was January last year when the WHO was telling us to keep them open.

Facing disaster, the WA State Liberals installed a new inexperienced leader in the last few months. He promptly announced a far left climate anti-coal policy and thus drove off any support from the base that still remained.  His energy policies were so bad, they didn’t just make it hard for Liberal supporters to vote Liberal, they made it imperative to vote against them. In a complete flip of normal politics — the Liberals sounded like the Greens, and the Labor Party were speaking like climate skeptics.

The stupid Green Left Climate election trap is so obvious, it’s amazing any Western politicians still fall for it. The trap is when any centre right politician thinks they can appeal to young lefties in the hope of picking up Green votes. The climate religion has nothing to do with science or reason, or the centre of politics. It’s only a fashion quest for status — so young woke voters cheer the craven centre right for two microseconds (if that), but they don’t change their votes.

Appealing to the group that say they care about carbon dioxide emissions is doomed from the get-go. Reducing actual emissions is worthless to them — as has been shown again and again. In every choice between cutting CO2 and advertising their own virtue, they choose the advertising every time. They don’t support nuclear power, they don’t say “no” to flights  for frivolous holidays, or advocate online conferences instead of carbon hungry global symposiums, and they keep supporting wind and solar power even though neither of those is a cost effective way to reduce CO2.

The Liberals in WA didn’t do their research, didn’t understand the science of virology or climate, nor did they understand the voters they represent.

Perhaps it won’t be as awful as it could be. Given that some states are run by The disguised Uniparty anyhow, being run by The Labor Party is at least a known risk, and there is the hope that the Opposition will rise like a phoenix reborn, without so much baggage. There’s also the possibility that with so much power, the Labor Union powerbrokers will lose their control. Maybe no faction will rule the roost, and a bunch of Labor members sitting on seats that are really not Labor seats, will respond to pressure from electorates that could flip back any minute. (To those West Australians, start writing letters now).

And maybe a few political leaders will notice that simple policies are winners. Listen to the voters, aim for the centre, toss out all the climate vanity, and control your own borders.

UPDATE: For a case study in “Complacency” read how the Libs thought it could not get worse than 2017.

Asked where it all went wrong, he had a simple answer: the borders.

When McGowan closed WA to the “eastern states” at the height of the COVID-19 pandemic, the then-WA Liberal leader Liza Harvey made a catastrophic tactical error by opposing it.

One Liberal said this was “the starting point of decay” of the party’s brand, which would see Ms Harvey lose her seat and her party effectively wiped out within a year.

Prime Minister Scott Morrison not only opposed McGowan’s hard border but doubled down by siding with controversial Queensland businessman Clive Palmer — who is toxic in WA — to challenge its constitutionality in the High Court. They lost.

For a man who ran Operation Sovereign Borders, it’s ironic that Morrison so profoundly misread the mood on this one.

As one source put it, “[The federal government] doesn’t look like it’s barracking for WA,” — a perception made even worse by the fact that Morrison didn’t once visit the state during the campaign.

Federally, the Liberals have been dominant in WA, their brand bolstered by Morrison’s “miracle” win in 2019 which saw the party take 11 of the 16 seats in the west.

But after Saturday’s devastating defeat, the party lost the state-based infrastructure and resourcing that’s vital to fight elections and run costly campaigns.