The Antiracist educators are at it again, creating racism everywhere they go: 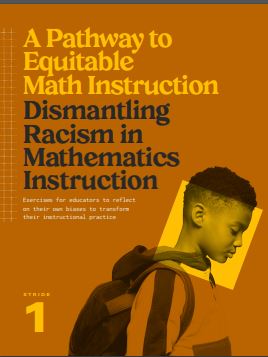 A new program promoted by the Oregon Department of Education is designed to “dismantle” instances of “white supremacy culture in the mathematics classroom.”

Calling all victims! (And if you aren’t one now, you will be soon.)

“White supremacy culture infiltrates math classrooms in everyday teacher actions,” the guide states. “Coupled with the beliefs that underlie these actions, they perpetuate educational harm on Black, Latinx, and multilingual students, denying them full access to the world of mathematics.”

From the headline, this new “maths” has all the racist underpinnings of a gloriously oppressive education — one that tells students that maths is really a “white” thing. It’s implicit in the mission statement that those with a colored complexion probably won’t be good at maths and furthermore, that they can blame white supremacists for that. It’s almost like someone was working to make it harder for black mathematicans to believe in themselves, and white mathematicians too. For starters, it has people thinking about their skin color and not the numbers. 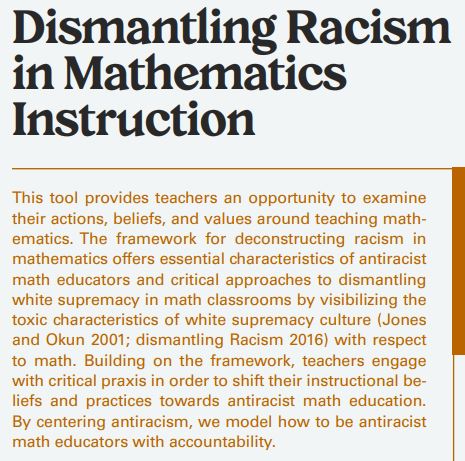 Lordy! Imagine having to show your work?

Examples of “white supremacy culture” cited by the document include a focus on “getting the ‘right’ answer” and requiring students to show their work.

It is as bad as you thought.

The authors of the program state that “The concept of mathematics being purely objective is unequivocally false, and teaching it is even much less so. Upholding the idea that there are always right and wrong answers perpetuate objectivity as well as fear of open conflict.”

Whatever you do, don’t perpetuate objectivity.

The document is truly a powerhouse of hate: 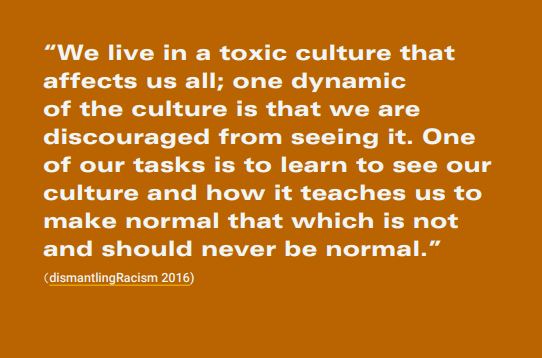 How many young impressionable student teachers would come out of this training feeling more empowered, more able, and more enthusiastic about teaching maths?

White supremacy culture infiltrates math classrooms in everyday teacher actions. Coupled with the beliefs that underlie these actions, they perpetuate educational harm on Black, Latinx, and multilingual students, denying them full access to the world of mathematics.The table below identifies the ways in which white supremacy shows up in math classrooms.

Have you harmed anyone today by talking about maths?