The Upper Class Swamp has been labeling any conjecture they don’t like as Qanon (even if it isn’t connected to it) which buries it all as dangerous conspiracy theorizing. This weekend the countercry “BlueAnon” took off on Twitter and in the Urban Dictionary — mocking the conspiracy theories of the left.

You might suffer from BlueAnon if you think the CPAC stage was really a NAZI insignia signal, put there as a secret code; or you think the Capitol Hill rioters were really trying to overturn the most powerful government in the world without any guns at all, and of course, if you think all climate skeptics are secretly paid by Big Oil.

BlueAnon was registered on the UrbanDictionary: 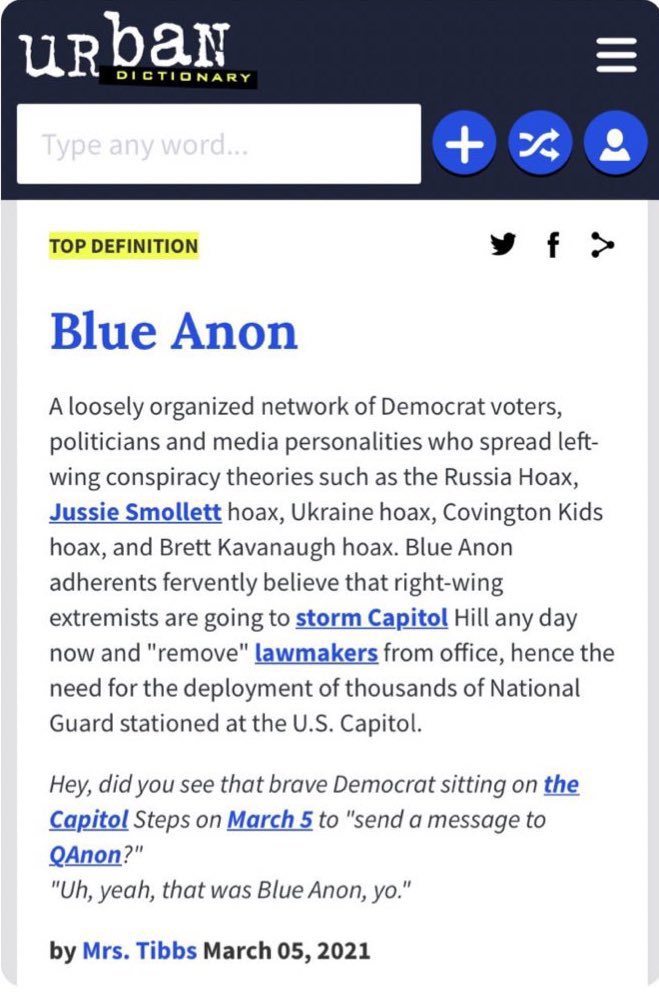 The Upper Class Swamp keep telling us what they are afraid of:  Being laughed at

Ed Driscoll on Instapundit noticed the BlueAnon trend yesterday and enthusiastically wrote: “OMG-LOL! Receipt-filled thread mocking #BlueAnon for each and every crazy conspiracy theory on the Left is an epic must-read.” But the Deplorables must absolutely not be able to laugh at crazy Upper Class ideas, so the Thought Police went to work. Within an hour the twitchy.com link and the “epic” jokefest became a 404 error, and the entire Google search was cleansed. The Urban Dictionary banned the definition. 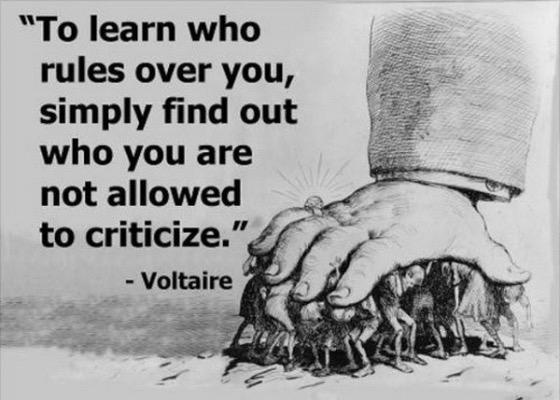 After the censorship #BlueAnon become the top trend on Twitter. The Streisand Effect strikes again.

Since the Tech-Giants want BlueAnon banned, obviously it’s in the free world’s interest to use it and some are resubmitting it to UrbanDictionary again and again…

If you believe:
-DC is under military occupation because there are non-stop threats from Trump supporters.
-Joe Biden is the most popular American President of all time.
-Russia, Russia, Russia
You might be #BlueAnon

There’s no such thing as blueanon. There is however, the ridiculous QAnon conspiracy theory that has taken over your political side. Deal with it and stop making up ridiculous nonsense.

To which, James Lindsay, super-antiracist replies, in fluent Qanon:

The joke thread and all that creative talent, is still missing. If anyone finds the “epic” thread copy, please post a link here. I searched google cache within an hour or two and the cache had already been cleansed.

For the record: The word has been around for a while. There was BlueAnon discussion on Twitter on Feb 3.

UrbanDictionary are not offering any explanation for losing the term. It’s not like it’s obscene or unused. They still allow Republic**ts.