Can you spot a dead coral from 120 meters in the air?

The media and academic experts keep telling us the reef is dead. Jen Marohasy points out that the death of the Great Barrier Reef was diagnosed from the sky, so she had the radical idea of going out to reefs like Pixie reef to photograph it underwater instead. She didn’t receive any of the $440m Malcolm Turnbull sent to save the reef. But strangely, none of those millions appears to be used to do something as banal as a swimming near a coral. In an earlier post she described how many of the corals grow in vertical walls, which are very difficult to spot from a plane. Now she’s demonstrating how hard it is to spot even obvious things from a plane.

This reef, Pixie Reef, was ‘surveyed’ back on 22nd March 2016 from the air by Terry Hughes of James Cook University during one of his fly pasts. It was concluded from that single observation/glance-down from 150 metres altitude that that this reef was 65% bleached. The inshore reefs north of Cairns were more or less all written-off, back then, by the experts and the mainstream media, as ruin – as dead. But they are not, not at all. (And I do worry for all the children who now believe this precious environment/the Great Barrier Reef is dead from ‘carbon dioxide pollution’.)

In the photo Jen Marohasy floats on the surface and holds a one meter long bright orange tube. 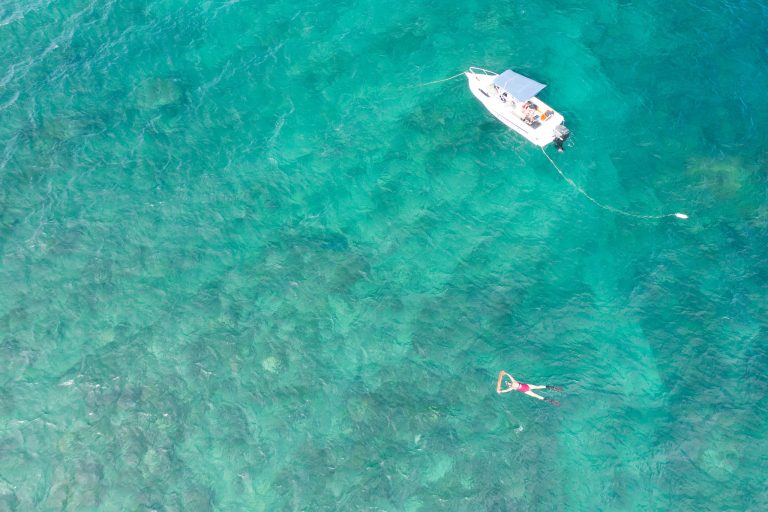 Jen floating, with aerial photograph taken at 20 metres above the front of Pixie Reef on 22nd February, just before the thunderstorm hit.

But try spotting the orange tube “coral” from 120m above? 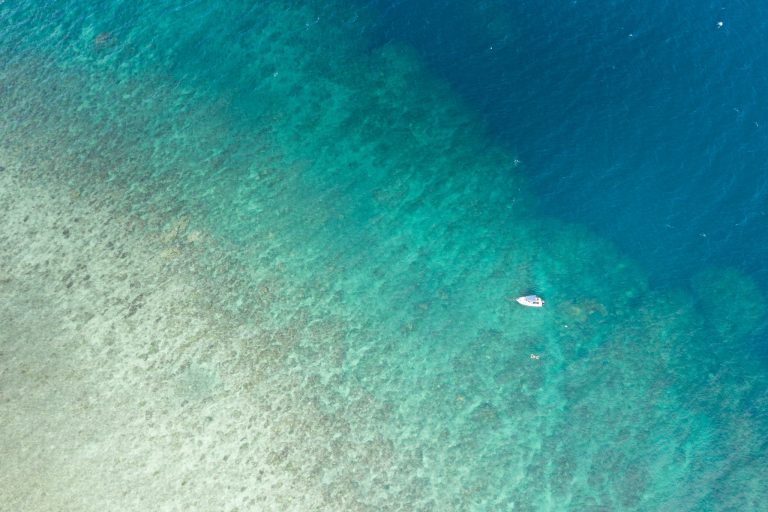 Jen floating above the reef front, holding a safety sausage showing exactly one metre. This aerial was taken by Stuart Ireland at exactly 120 metres altitude.

All colorful corals die in space and other great insights from Big-Government “Science”.

Jen writes via email and on her blog:

It may have been more than 65% bleached back then. But it is difficult to know from this single data point recorded as the professor looked out the window of an airplane from an altitude of 150 metres.

It is my hypothesis that these coral health assessments of the Great Barrier Reef, comprising 1,156 reefs including Pixie Reef as published in the peer-reviewed technical literature by Terry Hughes and others, are yet another example of the mismatch between official government-sponsored (taxpayer funded) propaganda masquerading as science, versus reality.

Sure, Terry Hughes could have used a very high resolution camera from a plane, but he still diagnosed 65% of this reef as dead. Was it really that bad then? Has it recovered, or was it just “plane dead” then?

The more government funding we throw at the Reef the sicker it gets. Close up of Pixie Reef Coral. 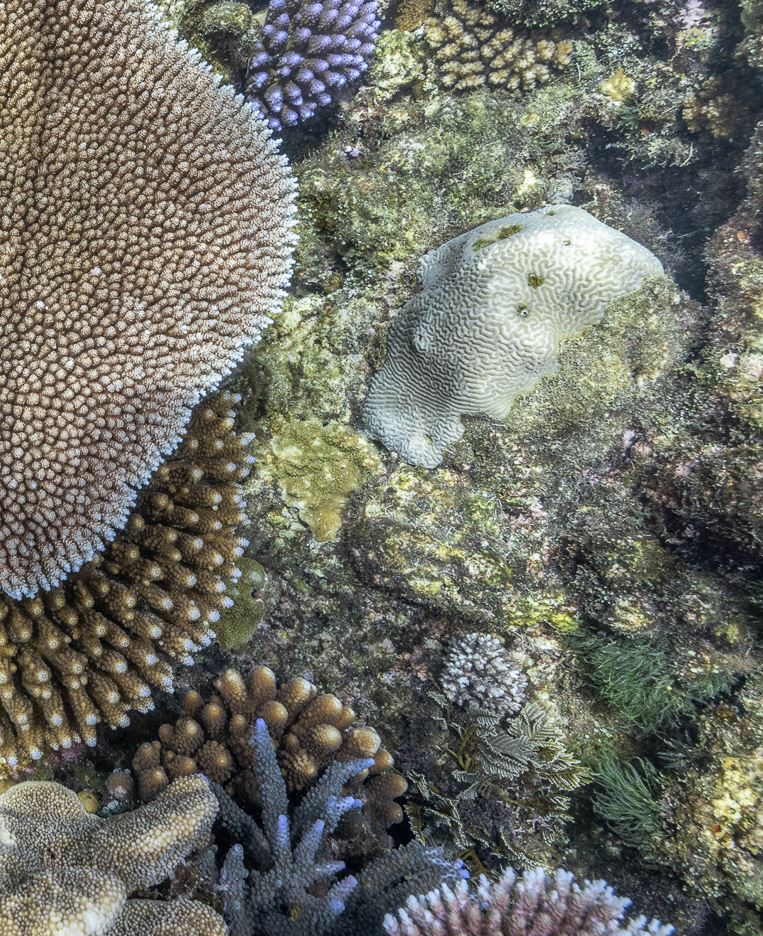 Jen Marohasy’s other photos from the Great Undead Barrier Reef include Part 1, Part 2 and the garden of old Porites at Myrmidon Part 3.

Other posts on the Great Barrier Reef