Let it be noted: 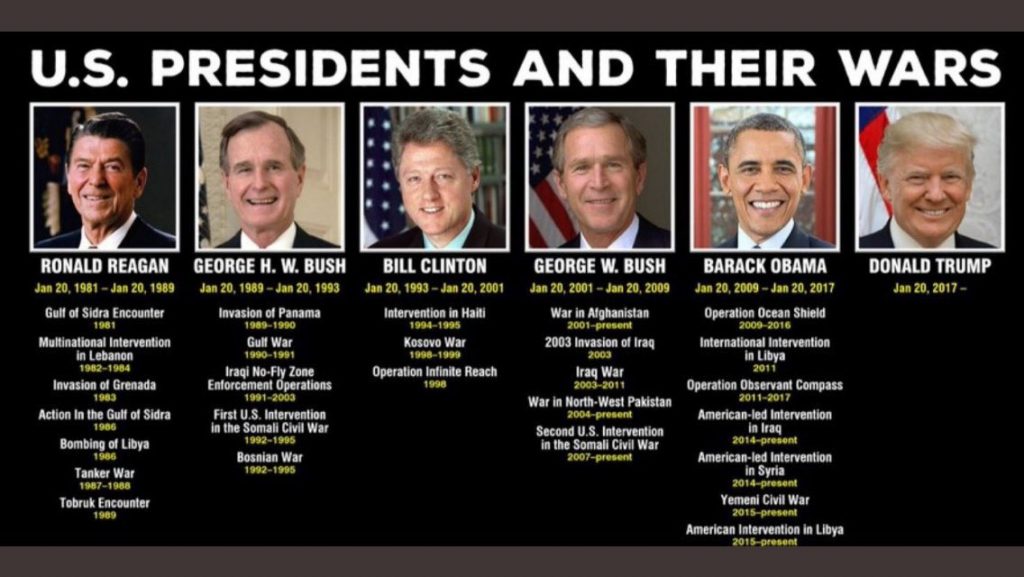 Tell the children about all the Presidents Wars…

Obviously an outbreak of prolonged peace was a disaster. That had to stop…

I seem to remember a man called Dwight saying something about this in 1961:

“Until the latest of our world conflicts, the United States had no armaments industry. American makers of plowshares could, with time and as required, make swords as well. But now we can no longer risk emergency improvisation of national defense; we have been compelled to create a permanent armaments industry of vast proportions. Added to this, three and a half million men and women are directly engaged in the defense establishment. We annually spend on military security more than the net income of all United States corporations.

This conjunction of an immense military establishment and a large arms industry is new in the American experience. ..

In the councils of government, we must guard against the acquisition of unwarranted influence, whether sought or unsought, by the militaryindustrial complex. The potential for the disastrous rise of misplaced power exists and will persist.