Donald Trump’s message of election fraud has reached millions of people even though Twitter, Facebook, and the media have said it was baseless every ten minutes since election day. Word is spreading so fast that even 12% of Democrats think the election was stolen.

This is a crisis for any democratic nation. The way to solve it is with a full and fair investigation which either cleans up the count or puts people in jail. Possibly nothing short of a new election (with paper ballots) will work.

Not surprisingly, 83% of Trump voters call the media “the enemy”.

The crisis in media trust is due to interviews like this one (below). Here is  Ari Melber of  MSNBC acting like the enemy…

What is he afraid of — presumably he is worried that the Democrat viewers will find out what is really going on. But even many normal polite democrats must find this interview bizarre, rude, and over-the-top.

What’s holding the nation back

Republicans are consistent. When asked “what’s holding the country back” they said — you guessed it. “The Media.” 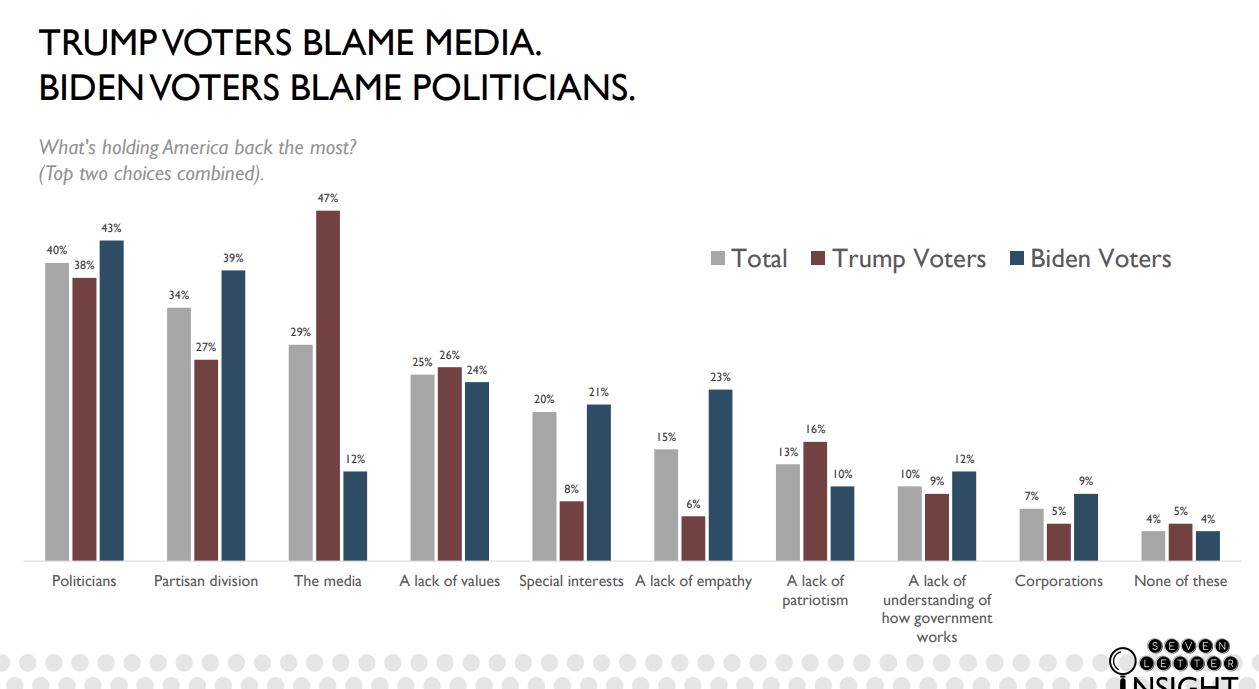 All roads lead to the media. If we had a better media, we’d get better politicians.

The media are supposed to be a constant audit of corruption, instead, for the most part, they’re actively covering it up.

Because the media censors one half of the national conversation it drives Americans on both sides further apart. One side simply has no idea what the other half is thinking, this fuels the hate and simplistic explanations. Ignorant Democrats have no respect for a group they don’t understand. This in turn  feeds the distrust felt on the other side. Exiled Republicans are seeking out their own new forums and news sources.

There is no national conversation, just two tribes. 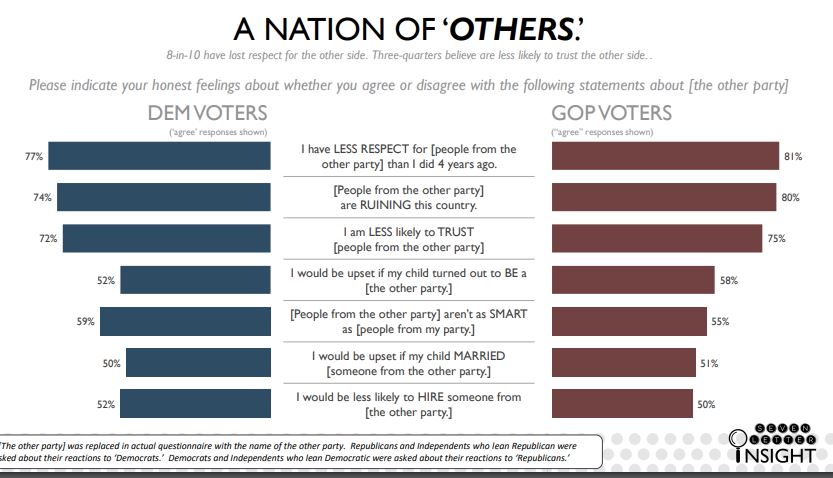 Polarisation in the USA.

What did people vote for in 2020? Not climate change.

Of the sixteen choices, Republicans ranked Climate Change fourth from the bottom. Even 4 out of 5 democrats didn’t rank it in the top three.

This is why conservative parties will fail if they pander to climate change.

Even half the Democrats realize their party is more extreme than it was four years ago.

Even the Democrats know their party has become more extreme