The allegations about Hunter Biden are all fake news, debunked before they were made, but the FBI says they have him under investigation for money laundering. And they’ve been investigating him all year, but forgot to mention that.

Department of Justice (DOJ) official confirmed Thursday that the Federal Bureau of Investigation (FBI) opened a criminal investigation into Hunter Biden and his associates in 2019, focused on allegations of money-laundering, and that it remains “open and active,” according to Sinclair investigative reporter James Rosen.

The FBI has admitted they have the laptop and they interviewed Tony Bobulinski on October 23 for five hours. Nothing to see here.

Hunter only matters because of what it might mean about about Joe. 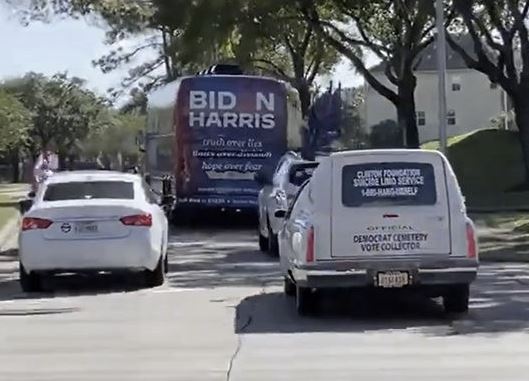 When censorship is running strong, people find other ways to get out the message. This a new artform called #Roadtrolling as invented by a Trump fan in Houston. Apparently the Biden bus (which doesn’t have Joe Biden in it) has been seen running red lights to try to get away from the hearse.

The side of the hearse also says:

“Collecting Democrat votes one dead stiff at a time.”

It’s a Texas thing but I think this will catch on. 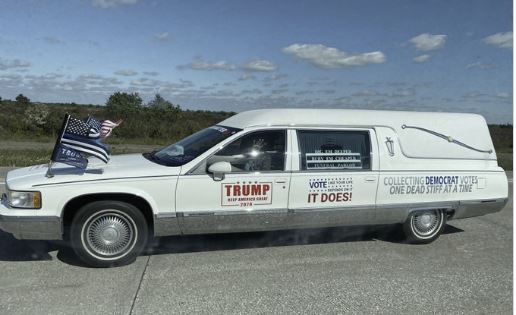 “Collecting Democrat Votes One Dead Stiff At A Time”