It’s really quite a scandal. 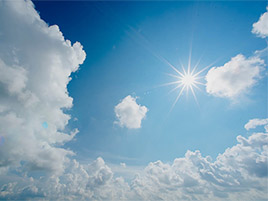 Missing out on the Sunshine Vitamin?

Historians will marvel that societies that were advanced enough to stream reality-tv-shows at 100 million bits per second, were also so backwards that half the population was deficient in Vitamin D — something that costs 6 cents a dose or comes free from the sun. Nearly 60% of older Germans were deficient, and the ESTHER study puts a fine point on how much that matters. Almost 10,000 people were followed for 15 years  in Germany,  and during that time about half the people who died of respiratory illnesses might not have died if they had enough Vitamin D.

In  this German study 44% did not have adequate Vitamin D and about 1 in 6 people have levels so low they are clinically deficient.

Imagine if someone found a drug that stopped nearly half of all influenza deaths?

Right now, the Northern Hemisphere has higher levels of Vitamin D than most months which is quite likely reducing the death rates.  The message needs to get out about Vitamin D before the next Northern Winter. 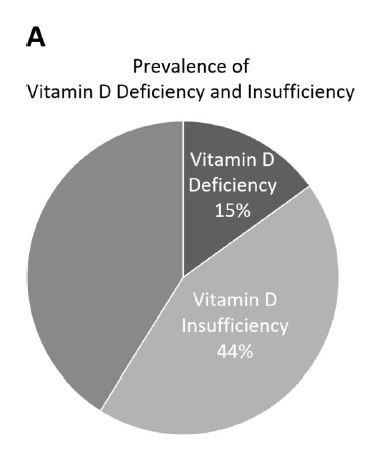 Morethan half the population is deficient.

In terms of respiratory diseases, those whose vitamin D was under the recommended levels were twice as likely to die. And those that were clinicially deficient were three times as likely to die.

This was especially true for women, with the risk of dying as much as eight fold higher.

As I said in April — Vitamin D affects 200 genes and is implicated in many afflictions:

Vitamin D levels also correlate with lower rates of cancer, diabetes, high blood pressure, asthma, heart disease, dental caries, preeclampsia, autoimmune disease, depression, anxiety, and sleep disorders. Vitamin D influences over 200 genes. It’s so crucial, it was likely the reason northern Europeans evolved whiter skin. The lack of sunlight and the introduction of grains in diets (as opposed to eating liver and whales) meant that Europeans weren’t getting enough D from either food or sun. The selective pressure was so strong that lighter skin rapidly took over all the northern communities. Eskimos didn’t need to go white — they were still getting D from offal and plenty of fish.

The risk ratios are pretty astonishing:

Don’t get caught without your vitamin D.

(UPDATE: and if you take D3, best add K2 as well lest that Ca end up in your arteries instead of your bones).

Brenner, Holleczek, and Schoettker, B. (2020)  Vitamin D insufficiency and deficiency and mortality from respiratory diseases in a cohort of older adults: potential for limiting the death toll during and beyond the COVID-19 pandemic, https://www.medrxiv.org/content/10.1101/2020.06.22.20137299v1